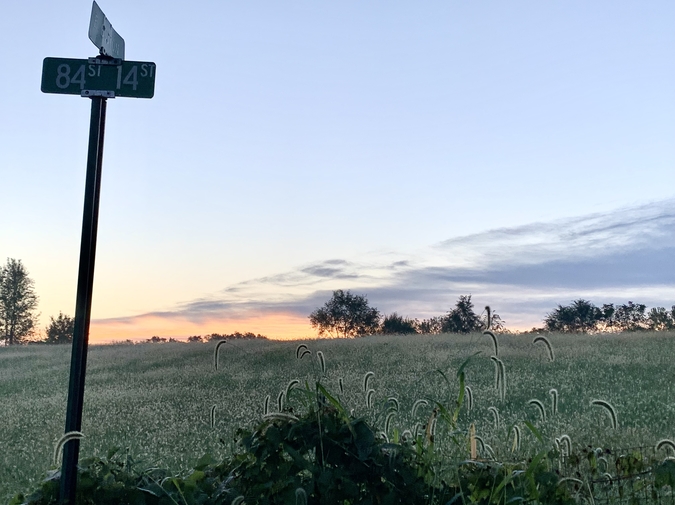 My old Maine Coon, Jim, stretches across my lap like I’m a lone strap of sunlight. And to him, I am. He really loves me. It’s never been questioned. He is the only living thing that depends on me. The only life that would be worse off if I weren’t here. See, I’m a guy in his late forties. A guy who has never married, never had children, never been expected to bring a side dish to Thanksgiving dinner or to run the grill at a barbeque. Never expected to do much of anything. Jim depends on me to go to the grocery store and buy his food. Only Sheba, only pate. When his back legs stop working and he falls over I pick him back up. When he’s balancing on his toes, pushing and shaking to shit, I dig it out with my fingers. I can tell it embarrasses him to be vulnerable like that. I kiss his eye lid. Fidget with his tail. He likes it, the eyelid thing. To him, this is just another morning resting on my lap. He doesn’t know that I am waiting on the vet to make a house call. Or perhaps he can tell something is wrong. Perhaps he can feel my whole-body pumping like one big heart. Pumping like one big cocaine heart. One big heart pumping through the atmosphere. A wildly pumping heart crossing from blue into the black of space.

Some stars collapse into themselves.

Jim came to me broken and strange when I was broken and strange. And when I stayed broken and strange, he became beautifully alive. An animal painted in bright colors. But time is a bounty hunter and one day it caught up to him. Among other things, he lost his hearing and lost weight. Now when I pet him, my fingers snag on his vertebrae. Now his bones, from lamb pink to brittle. Now this reminds me, there are parts of us that have to be strong enough to protect the parts that can’t protect themselves. Inside skeletons parts throb lukewarm and electric. Skeletons weren’t made to be handled. In museums signs around dinosaur bones don’t say, PLEASE TOUCH.

And maybe my love for Jim is the love I haven’t been able to give myself or anybody else. Maybe love carries over if you don’t put it to use. Maybe it rots. Maybe it’s safer to love something that can’t tell you it doesn’t feel the same way.

Jim is on my lap looking up at me somewhat confused, somewhat hopeful. The same way he looked at me the day I rescued him and brought him home. His eyes are gold and I see my face reflected in them. My features aren’t as sharp as they once were. Like my skin doesn’t hug my cheekbones anymore. Teeth have fallen out. My beard is grey, jawline no longer defined. When I was young, some people said, what a handsome boy. I never believed them. Now that I’m not, perhaps I was. Where are those people now? Who will pull the shit from my ass when my guts no longer have the strength? Who will love me then?

The vet knocks on the door, an hour late. Agitated, I yell for him to come in. He does. He takes off his coat. He unzips his bag and pulls out a syringe. I’m thinking, this is it. And I know Jim’s thinking, who is this strange man in our home? It’s only ever been us. This is gross anticipation. This is body buzzing—a million cicadas calling for mates beneath my skin, hanging from nerve endings like tree branches. I kiss Jim’s head and hold my breath. I brace myself for my world to change. The vet pinches loose skin on the back of Jim’s neck and slides the syringe into it. I expect him to stop breathing right then.

“Just a sedative to keep him calm,” the vet explains.

This means I’ll have to anticipate the end all over again. Feel the devastation one more time. And while the valium takes effect the vet goes, “I can’t believe it’s seventy-degrees in October.” I don’t know what to say. Nobody knows what to say. That’s why we end up talking about the weather. Weather is a worldwide phenomenon. “It’s supposed to snow on Tuesday,” I reply. This is stupid. I don’t feel like talking because all the times Jim made me feel like I wasn’t a piece of shit are bouncing around in my head and my head is getting hot and after today there will be no more no new memories with him and the old ones will fade. This is the last time he will be on my lap. He won’t be there to walk me down from another panic attack. To lie on my chest and Hurt Locker my wildly beating heart until impending doom recedes. I’ll never get to watch him squint his eyes in the morning sun as he tries to gnaw on a single blade of grass. Sometimes he misses the blade of grass, it tickles his nose and it makes him sneeze. Just a small moment of joy. A motivational poster happening in real time.

After a long ten minutes comparing this year’s precipitation to last, the vet finally stops running his mouth. He comes over and shaves Jim’s leg. He turns around. I slide the fur into my pocket. I feel like I’m breaking the law. I run my thumb back and forth over the bald spot. “Is it time?” I ask. He nods that it is. He produces another needle and this one is bigger than the last. Bigger than any I have ever used on myself and this one is full of bright blue liquid. I scratch under Jim’s chin. He closes his eyes and stretches his neck. The vet finds a vein on the shaved leg and puts the needle in. He presses the plunger. This is really it. Blue drains slowly into his frail body. “Morphine,” the vet says. And when he says it, my stomach eats itself. I begin to sweat. Muscle memory, a familiar ache. For fifteen years I injected the same drug into myself. Not to die, but to prop myself up for one more day. And although there were times I hoped it would kill me, it never did. Then I got sober. And knowing Jim needed me, kept me that way. But now I want to wrestle the needle from this man’s hand and plunge it into myself.

The difference between an execution and euthanasia is the reason.

Then the vet’s syringe is empty. Jim’s head drops onto my arm. His body goes cold and heavy. He is gone. I slide out from under him. Carefully set him on the couch. Sadness fire hoses a hole clear through the center of me. I’m less of a man than I just was. It hurts, there’s no other way to say it. God-damn it hurts. I stand in the corner. I hide my face and I cry. I cover my mouth. I wail through my fingers and choke on my snot. “I’ve got a blanket in the car,” the vet says. “I’ll go get it so I can wrap him up and take him with me.”

If a middle-aged man sobs in a dark room and nobody is around to hear it, does anyone say, “It’s just a cat. Get over it?”

When I see Jim in my head, I don’t see a cat. I see him as featureless, another soul in the simulation, equal. Jim is a feeling, an intuition, a brain wave, a dream. A dazzling light bobbing on the surface. A breeze. Love.

I look at him on the couch. His tongue hangs from the side of his mouth. Dead eyes wide open and fixed upwards, through the ceiling, to the sky. Oh, how I wish heaven was real. Real white with gold edges, weightless and downy like a toilet paper commercial, clouds and light and eternal life. Most importantly, the promise of reuniting with all the souls we have loved before. When you get there, they all come to you. Floating on big-ass wings. They all need you and want you. It’s such a beautiful fantasy, probably the most comforting possibility that could ever be imagined by a human brain. I can see why people would buy into it.

Jason Hardung's work has appeared in many journals and magazines including: Grist, Juked, Cimarron Review, 3AM, Monkey Bicycle, Evergreen Review, Entropy, The Common, and Word Riot. He has published two books of poetry on Epic Rites Press and Lummox Press. In 2013 he was named Poet Laureate of Fort Collins. When called upon, he teaches addiction and the therapeutic value of writing in juvenile detention facilities, jails and rehabs in Colorado and Wyoming.