It's Like I Hit a Homerun or Strikeout Every Time... 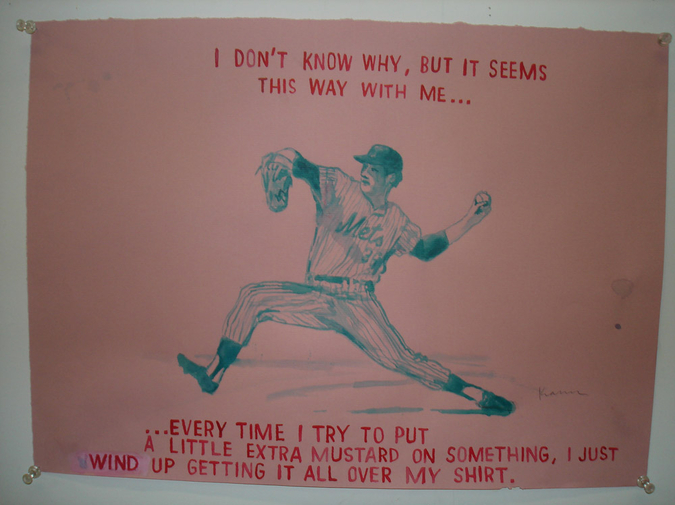 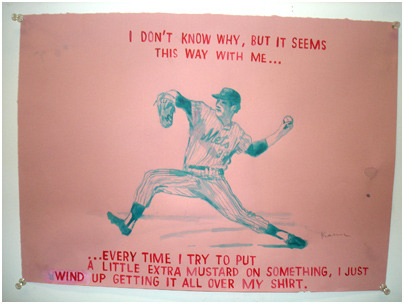 When I was a kid, my dad took me to a Mets game at Shea on my birthday. I remember walking up the ramps and looking outside the stadium, past the corrugated blue and orange panels that hung there. I wondered when they planned to finish the stadium. The Mets lost to the Cubs that day and I was so incensed by them losing on my birthday that I held it against them and became a Yankee fan. Of course, this was 1969, the Mets went on to win the World Series, and the Yankees stunk for most of my early childhood.

My mother was a huge Brooklyn Dodger fan. She loved Jackie Robinson and Gil Hodges and swore that Duke Snyder was the best center fielder in the city. I asked her once if she'd ever been to a World Series game. She said only once. Back in 1956, someone at work gave her a ticket and she had to sit through Don Larson's perfect game pitched for her hated Yankees. Long after the Dodgers left town, she maintained her hatred for the Yankees but added the Los Angeles Dodgers to that list. 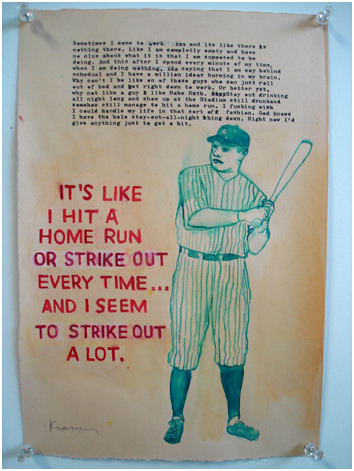 My dad was never anything of a sports fan. I remember he once told me that he "thought" he might have met Babe Ruth. How can you think you met Babe Ruth, I wondered.

He took me to a Yankees game one time. This was another one of his attempts to spend a little quality time with his son. We were driving to the stadium from our home in New Rochelle, down the Major Deegan through the Bronx, listening to to radio. That song came on about "...the cat's in the cradle with the silver spoon, little boy is going to turn into the man on the moon. When you coming home dad, I don't know when... but we'll get together then..." I was so weirded out and couldn'tt take the silence that I started to talk about something, anything. My dad pulled his finger to his mouth and said, "Shhh. I am listening..." Then he made a wrong turn and we wound up in Manhattan, where he worked everyday. 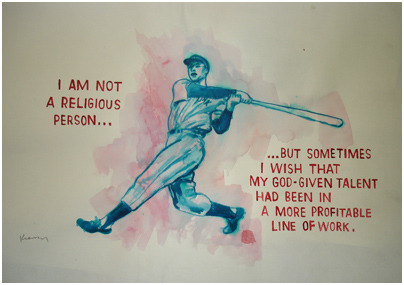 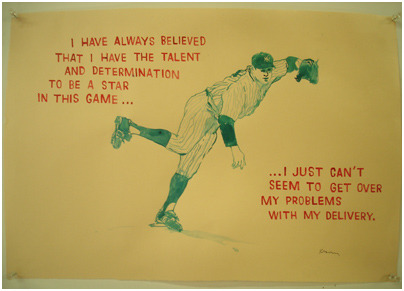 David Kramer is an artist who was born in New York City, where he currently lived with his wife, Susan Mitchell and their son Martin. His drawings, videos, installations and performances have been seen widely throughout North American and Europe.

Recent exhibitions include "Tell Me" at Witzenhausen Gallery in Amsterdam and "In My Solitude" at Aeroplastics Contemporary in Brussels.