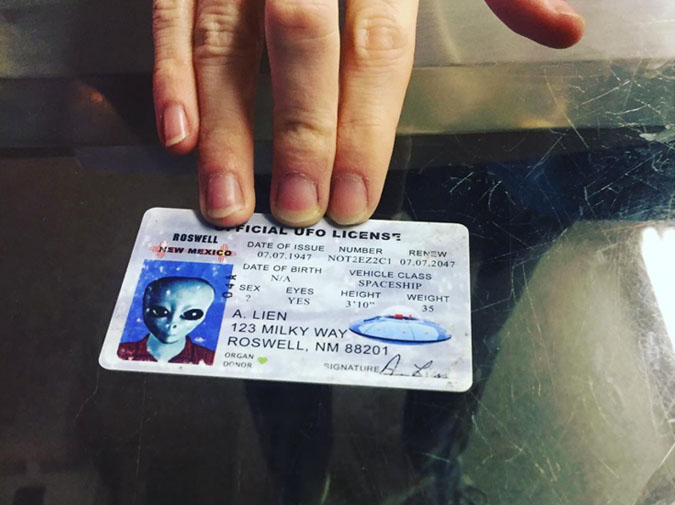 I don’t know that I ever figured out Mr. Ames. After graduation he sent me an email saying how much he had enjoyed having me in class, and good luck in college, and that if I ever needed anything I should reach out. He signed it with his first name and phone number, like the handwritten notes I had seen in my parents’ yearbooks. I thought he’d sent the same to my friends, a collection of smart-enough cynics that he always seemed to appreciate, but it turned out I had been the only recipient.

“If you ever need anything. He’s trying to tell you that he’s cool,” Jay said. “He’d probably buy us beer.” I didn’t believe him. Ames seemed to hate the wild-partying type; I remembered countless times he’d mocked the lacrosse players who’d fallen asleep during his detailed lectures about the Cold War. I assumed the reason he respected me and my friends was that we’d successfully convinced him that we were the opposite. It was an easy ruse. You just had to read a few books and look teachers in the eyes when they spoke to you.

One night Jay stole my phone and texted him, asking if he’d be willing to help us throw a party. “Sounds like fun,” he wrote back a few minutes later. “What do you need?”

“Told you,” Jay said, tossing the phone back at me. “Ames: instant legend.”

I met him in the parking lot of the Super Beer & Wine a few towns over. Even though it was only a few weeks into summer, he looked different. At the front of the classroom he’d seemed taller, more sophisticated. My memory was a stark contrast to the slouched-over man in cargo shorts and sandals who parked his car a few spots over from mine to avoid suspicion. We shared a clumsy high-five and he thanked me for agreeing to meet so far from town. “Distance helps me avoid stepping in shit, if you know what I mean,” he said.

I held out two twenties, but he shook them off with a smile, pleased that I had considered it or maybe just happy that he was able to turn it down. “Seriously, it’s my treat. Here’s all I need from you: good beer or beer-drinking beer?”

I didn’t know what he meant, so I said I trusted his judgment and waited in my car, distracting myself by texting Jay about the meetup. He responded almost immediately: “LEGEND!”

Ames returned ten minutes later with two cases of “decent stuff” that wasn’t “piss” but also wasn’t “too snobby.” I offered to help load the cases into my trunk, but he refused, his bony arms shaking under the weight of the boxes. I was nervous about being seen, but Ames had already begun lecturing on the proper way to ice down the cans and I didn’t know how to make an exit. After a few minutes, I checked my watch and said I needed to get going.

At the time I didn’t understand the question. “Nothing definite.” I extended my hand, not knowing how else to signal the end of the conversation, and thanked him one more time. “It was really cool having you as a teacher,” I said.

He smiled and forced a laugh, a poor attempt at telling me he now understood the parameters of our arrangement. “Right,” he said, and then repeated that word a few times before mentioning something about plans to meet up with a girl. I nodded like I believed him.

There was no party. Jay and I just sat on his parent’s roof and tried to see how much we could drink. I recalled the interaction with Ames in detail, but Jay wasn’t hearing me. He thought I should stop overthinking it. “He didn’t charge us,” he kept saying.

I finally gave up, didn’t even care when Jay started ranting about all of the things he would accomplish by twenty-five. I listened just enough to know when to nod, or shake my head, or ask “Well, how do you know?”

As Jay cracked another beer and named his preferences for law school, I tried to imagine what Ames had been like at eighteen, back when he was a student. I saw a younger version of him -- less gray, less worn -- sitting at a desk, making snide comments when the teacher was out of earshot, doing just enough to appear intelligent and just as much to appear romantically cynical. I wondered when his life had grown so small that he’d driven himself to the parking lot of a liquor store, trying in vain to impress some dumb kid. I wanted to know if he could’ve avoided it.

Jay slapped my shoulder. “Did you hear me?”

Kevin M. Kearney's writing has previously appeared or is forthcoming in Qu, The Matador Review, and JMWW. He lives in Philadelphia with his wife. More of his writing can be found at www.kevinmkearney.com