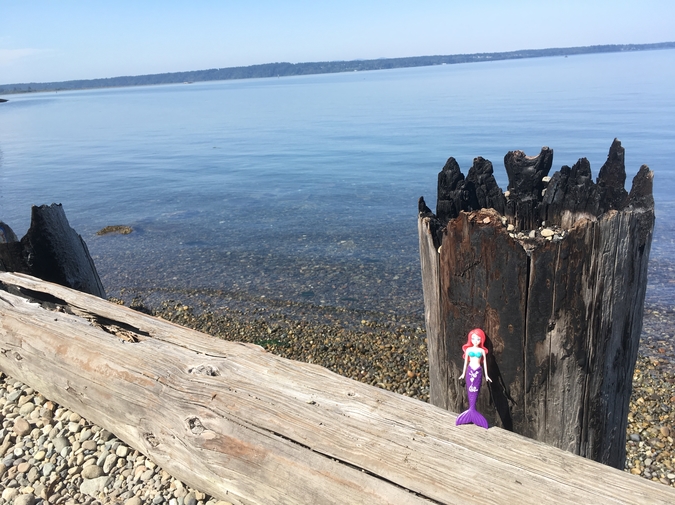 Every twenty-something in Los Angeles has a comedian friend. In late winter, mine invited me to his show in Culver City with a foolproof pitch: no cover, no drink minimum, nearby parking. I entered through the back and the hallway ballooned into a restaurant where straight ahead, against the far wall, sat an unfamiliar surfer blonde with the jawline of a Ken doll. A middle-aged Irishman served me a Jack and ginger, and I joined my friend at the high top across the room. The surfer blonde was third to take the stage. His name was Alex, and he wanted to know how everyone was feeling tonight.

Alex worked the crowd like my father at a party: quick banter, a warm smile. The show’s gimmick was New Bits, never performed jokes. I’m one to absorb the embarrassment of others, just as I’m one to await an off-color punchline in a white man’s standup set, but neither came. My friend nudged my arm. “He’s cute, huh?” I smiled. After the show, he introduced me to Alex—“This is Lyndsay, she’s a writer”—and I shook his hand before excusing myself to the bar, where two women I’d just met were calling me over. I wasn’t ready to fuck it up so soon, and besides, I couldn’t just ask him if he had a job outside of comedy.

Finding Alex on social media was easy. His Instagram boasted 16.1k followers, and in his bio, emojis bullet pointed his endeavors: Comedian, Television Host, World Record Holder. I asked my friend to set us up. When Alex texted a few hours later, I’d already drunk too much whiskey on a Hollywood rooftop to make plans for that night, but we small talked over text through the following afternoon as I bought plants for my living room and watched a singer-songwriter friend play a NoHo coffee shop. I imagined a future in which Alex headlined comedy clubs, me in the front row. I imagined 16.1k strangers scrolling across our picture in their feed. Pausing. Zooming in on my face.

I’ve curated my social media since middle school. When MySpace mattered, I perched my digital camera on my bedroom windowsill, triggered the self-timer, and scuttled across the carpet—skipping over notebooks, over trash—to the sheer sage curtains hanging lazily from my canopy bed frame. I posed like Britney. I wore shirts against dress code and raised a suggestive eyebrow, maybe pinched my lips into a pucker or flirty grin. Yet in my high school’s hallway, my eyes narrowed on my shoes or else I huddled against my locker reading self-help and Girl, Interrupted. Someone once launched a gum wad that landed in the dead center of my head. There are two parts to any internet self: that which one does for oneself, and that which one does for an audience. My audience was then, has always been, men.

In bed, I learned Alex through Instagram: he did cryotherapy, volleyball, finger guns. He held the world record with his best friend in Chicago for longest video chat—24 hours a day for 14 days. In a video for the project, Alex wants his friend to watch the sunrise in California and, with bedhead and glasses, walks west toward the Venice boardwalk and then the beach, cell phone cradled in a compacted selfie stick. His head darts side to side in search of the sun, but a gloom lulls over the ocean. “Let me tell you about geography,” his friend says. I laughed as though there, as though the video was not years old, as though I could tease him about this later.

In reality, Alex and I could not set a date: one weekend he traveled to Portland for a show and the next I visited the Florida Keys for my mother’s birthday. We kept in touch by way of Instagram likes, and I moseyed through his baby photos and clips from hosting gigs and screenshots of Yelp! reviews, all five stars and written like hyperbolic dad jokes. They weren’t funny. There was no photographic evidence of a girlfriend since 2014. A couple years ago Alex guested a sex and relationship podcast: no evidence of a girlfriend there either, though he mentioned sleeping with a bartender, and in my memory I reconstructed the Culver City middle-aged Irishman into a busty brunette. Alex’s online presence sustained me for months, a smattering of wells in a desert: offline, we made plans he never kept. Then, he never rescheduled.

In mid spring, my comedian friend invited me to his show in Glendale at a good moment: I was two bellinis deep and free the following evening. Too late I spotted Alex’s name on the flyer and texted to back out. My friend wasn’t having it. As I walked to the venue, every man crossing the street and walking the sidewalk and driving by was Alex, and as I mingled with strangers to whom my friend introduced me, every faraway voice was Alex and every swing of the front door was Alex and every dark figure in my peripheral ascending the staircase was Alex, except none of them were. The lights dangling like fishing line dimmed to a glow and the host took the stage.

I ran into Alex when I escaped to the restroom. He stood on the landing between flights, cell phone cupped in his hands. “Lyndsay! How are your plants?”

“Thriving.” He remembered. In a video of an old stand-up set, Alex jokes he’s six foot on a good day. Standing before me, I realized I’d imagined him taller.

After the show, Alex walked me three blocks to my car and wasted no time apologizing. “I’m sorry we haven’t gotten together,” he said. “Work is crazy.” He thought the travel would end soon, or at least hoped it would. I was a quick forgive. He laughed at my Reading Is Sexy bumper sticker and leaned in only to hug me goodbye. We didn’t kiss. I thought we would kiss, or rather I thought we should kiss. We’d known each other long enough. There were so many likes.

Here’s how I imagined it. One Saturday afternoon he would invite me to his eastside show, and I’d wear my beige cropped sweater and jean cutoff shorts—a little midriff, a lot of leg. He’d say he likes dogs, and I’d show him my Chiweenie. He’d say he was raised in New York, and I’d tell him I spent my first month living in Manhattan sleeping on my curtains. The heater had popped my air mattress. Eventually we’d be interviewed on podcasts and tell how we met, tell how I overcame emotional abuse, tell how he loves me anyway. There was nothing but the occasional returned text to substantiate the daydreams, and yet—I didn’t make plans Saturday evenings. I kept my beige sweater clean.

I let Alex learn me, too, through Instagram posts: I taught children, had friends, looked bangin’ in a two-piece. Our accounts were in communication with one another. Alex was an athlete—I ran. Alex hung out one Monday at The Wizarding World of Harry Potter at Universal Studios I think for work—I was a Ravenclaw. A selfie begged him to remember me, the caption communicated my whereabouts, how often I worked too, my position on Coachella. I waited for his like. Refresh. Refresh. Zoom in on my face, like my face, regret my face. Reread the caption. Check the activity of the accounts I follow. Stash my phone beneath my pillow, in the bathroom, across the apartment as though any were barbed wire, as though any kept me from checking on my browser.

Sometimes I’m aghast, how greatly I cheapened myself. How desperate my need for his approval. But maybe the fantasies articulated most purely my desires, was the closest I’ve ever come to putting my longest held wishes into words.

At the heart of this longing burns the aggravatingly unsophisticated desire for a partner. Ohhh—it is a flame unfettered. There’s my everyday wish for another human to share my bed, ask after my day. The last time I had that was eight years ago; the closest I’ve come since was a few months in a long-distance fling. Loneliness hangs in my bedroom like weed smoke. There are moments I feel uniquely unlovable, when I need help shouldering my mental illnesses or to feel the weight of a warm hand on my back as I spasm in tears: a panic attack, a symptom of post-traumatic stress. I imagine my freak death in my apartment, wonder how many days until my dog, small and starving, feeds on my flesh.

In late summer, Alex posted a photo in which he hung from the Santa Monica aerial bars in a tank top, muscles blooming like an appetite. I slid into his DMs. The next night, only minutes before midnight, he arrived at my apartment empty handed but for a backpack, unrecognizable within the context of my home. We swigged Lagunitas and talked Kanye West—nothing controversial, more like our stances on 808s—until he propped his weight onto his right hand and leaned across the threshold between his half of the bed and mine and, at last, kissed me. It was the first time we’d touched since he’d arrived. He melted into me like high tide, like I wanted him to. Afterwards when he asked to stay the night, my face reflexively winced as though licking lemons. After months of curation, there were things he could not see: the fallen mascara crusted beneath my eyes, the way my mouth hung, a half-moon, as I slept.

He apologized.“I just have an audition in the morning, not far from here. It’s cool.”

When he left, it was with a promise to see me soon. A week later, he cancelled our plans. With him there was always another city, another gig on the Westside. Eventually we unfollowed one another on Instagram—me first, in case that matters. When I tell friends about Alex, I’m not heartbroken and he wasn’t the sun, the center of orbit for my daydreams and posts and Saturday evenings. I refer to him by nicknames until he’s reduced to some guy who ghosted, something I’d imagined once.

In the first post of mine Alex liked, taken the day I drank whiskey on a Hollywood rooftop, I sit before a glass barrier at a wooden table cradling the $16 cocktail I can’t afford, my face angled toward the camera. It isn’t a natural moment: I’d handed my phone to my roommate, gestured for her to stand, and posed. She gave me options. Potted plants cast shadows across my face and arms, so I adjusted the photo’s lighting, whitened my stained teeth, blurred the dark circles beneath my eyes… And, post.

My roommate chatted up three men who revealed, only as the elevator descended to the lobby, they were visiting from college and nearly ten years our junior. The decision to ditch them—so far the day’s only prospects—disappointed me more than it should have, so I scrambled with my roommate across the street to our third bar. I was content on healing or avoiding with Old Fashioneds, and later with Boy Meets World and vegan Thai I ate in bed with a fork. Then Alex texted: the first text. I daydreamed our first date, then with curiosity and hope. On Instagram, the likes dawdled in. My audience could see the brilliant day, sun bright in my pupils. They could see the lime teetering on my cup’s edge. They could see where the light hits the glass.

Lyndsay Hall is the founder of Sevilla Writers House, a small book coaching and literary events organization based in Los Angeles. She holds an MFA in Creative Writing from Antioch University, and her writing has been nominated for a Pushcart Prize and has appeared in Little Fiction | Big Truths, Lunch Ticket, juked, and elsewhere.