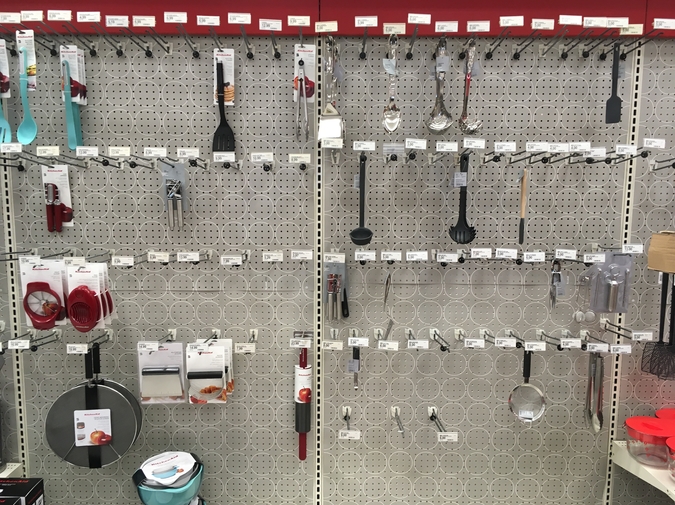 We never thought the calcification was a problem. Well, some of us thought it was a problem, but those were typically the people who had lost things they felt were irreplaceable. Most of us were fine with it, after the shock wore off. No, the problem was the smell.

Our town is small and news spread fast after the first formation. Henry Tellman, who used to work at the water reservoir before it was shut down, was the second person to see the Weston’s chihuahua encased in her new shell. It was dimpled and pocketed, ragged all over. Even the smoothest spots felt rough to the touch. It was white, sort of, but a sickly white with a yellow tinge. Tellman swiped a single finger over the outside edge and said it was obviously hard water residue. “Too much time in the yard with that sprinkler,” he nodded to himself. We weren’t really sure what to think of that. Certainly Mr. Weston left Chestnut out a lot of the time. And also left his sprinkler running constantly. Still, it seemed as though the pup would’ve had to lay right under the sprinkler to have such a build-up form. Henry had worked with water for a long time though, so we gave him the benefit of the doubt. He bought a gallon of water spot remover, saying it would certainly do the trick, but when he poured it over the top of Chestnut nothing happened.

Eventually Robert Fincher, the local dentist, figured out what it was. He crouched down in front of the Weston’s chihuahua and tapped on the surface of her new cage. “I just saw one of these today,” he said. He sniffed the air deeply. “Tonsil stone,” he declared on his way towards the door. He didn’t explain much and was gone before we could ask questions. Some say he sent a bill to the Weston’s a few days later. He was like that though. Probably didn’t think it would ever affect him. At least, he probably never thought his wife would end up inside one. Luckily the internet had a lot of information about tonsil stones and eventually we figured out that this was the same calcification stuff those were made of. Given the fact that these appeared from nowhere, we figured the throat portion was irrelevant.

It wasn’t such a problem when it was only Chestnut. She was stuck in the Weston’s house (the calcified casing made her too heavy and too wide to fit through the door) and we forgot about her for a little while. Next it was the Durfey’s daughter’s hamster and we thought maybe we were safe – that it was just animals. Cookie was stuck in her cage, but the cage was small enough that it could be thrown in the dumpster and forgotten. It happened to Gingersnap, the next hamster, too. Then Snickerdoodle, the third. Mrs. Durfey said she wouldn’t buy anymore hamsters after that. They let their daughter keep the stone version for a time.

Mrs. Lynn’s lawn gnome was the first object we remember growing a shell. He was a pretty big guy. From his feet to the pointed tip of his hat, he must have been two and half feet tall. Her husband had bought him for her on a weekend away two years ago and for six months she showed him off to anyone that lingered near her yard. After that, he seemed to gain more moss than admirers. His new creamy exterior appeared overnight, or at least while no one was looking. It wasn’t gradual like you might expect, nothing like plant growth or fungi. There was no thin coat here, thicker one there. It was instant, or instant enough that no one remembers the change.

Newspapers, stop signs, cartons of milk, family photo albums, doorknobs, displays of dragon fruit in the produce section of the supermarket. Calcified books clogged the library return slot. Dozens and dozens of things sprouted shells. They could be released, sure, but it took hours of chiseling or pressure washing to make something clean again. Even after, it was never quite the same. Dulled down or chipped and scraped. Even if it came out the way it had been before, that smell always lingered. It was the way a kitchen smells two days after you make salmon. Or maybe like a backpack with a forgotten orange in it. Musty, moldy. Rotten.

Well-loved items were the worst – people simply wouldn’t get rid of them fast enough. They sprayed them with Lysol, air freshener, homemade blends of vanilla extract, citrus, and spices. Scents so strong they outlasted people in rooms. Nothing worked. The smell was permanent, stuck. At first, we knew whose homes had been hit by it and we prepared accordingly. We bought scarves and ascots and bandanas, dotted perfume under our noses before visiting them. But as more things calcified, we got used to it. Pretended it wasn’t there. Some of us really couldn’t tell the difference anymore.

We freed the people, of course, but we were never fast enough to save them. It occurred so suddenly. So completely. They suffocated before we could get to our chisels. We still unearthed them. Broke away their milky white tombs so that we could put them into the earth the way we were used to saying goodbye.

At first, we liked the attention. Six months after it all began someone wrote a segment about us that went viral and two days later the first tourist group came. They weren’t organized or anything, but the Moon Street Inn hadn’t been that full since the last local wedding and we figured that constituted a group. People moved and their houses were bought up by out-of-towners who turned them into Air BnBs faster than we could realize who had left.

Organized bus tours started coming through town. Souvenir shops filled with falsely calcified things popped up. It turned out that semi-transparent plaster was a great imitator and cheap to boot. It was crowded and different, sure, but it was nice for a time. Our businesses grew and we liked being locals of such a popular place.

We thought it would stop when people began to calcify too, but the busses kept coming. Now they were full of adrenaline junkies fresh from sky diving and bungee jumping and swimming with sharks in chummed waters who wanted to see if they could make it out. There were people who thought this was our fault too; that something about us was too still; that nature wanted to reclaim us.

One of the worst storms we had ever seen came that winter. Feet of snow blew in and it took a month or more for it to begin melting. It covered the streets and shrubs and low-lying branches. It built up around the calcified remains until you couldn’t really see the difference anymore. It was beautiful, really. The kids loved to climb to the top and jump into snow drifts. Sometimes they used them as the bottom bodies of snowmen. We covered them with lights, like the low-shrubs and bushes, fashioned them into lighted animals and plants.

It was a few weeks after the snow melted and the weather warmed that we first noticed the scent on the wind. It wasn’t too bad, but as the weather got warmer it grew stronger. Before long, the windows of tourist busses were filled with masked faces staring out at us. The hotels filled their windows with filter-bearing fans and ran essential oil diffusers in every room.

At some point we heard that a travel magazine wrote an article about the necessary precautions people should take before visiting us. They told people to bring bottled water and granola bars, to skip the showers and wear gloves. We didn’t understand – it wasn’t in the water and it couldn’t be spread by touch. After all, those who had freed the first people in a mad rush without gloves were still here, still unshelled. We balked when they said to avoid our locally grown produce. In years past, we had won awards for our tomatoes and zucchini. In fact, Mary Ellen’s zucchini cake won a best in the state award! They told people to bring packets of dehydrated food that could be made into meals with some of that bottled water and a shake of their hands. Who would want to eat that? Besides, as far as we knew, there was nothing that could be done to stop it.

We hear the visitors whisper when we walk along Main now. They can tell we’re locals because we don’t wear the masks. It’s not all that bad, really. But they whisper about us in that way people do when they want you to hear. Mothers bend down toward their children’s ears and speak so we can hear across the street. Their kids flinch at the volume. “This is why you have to do your homework,” the mothers chide. “So you aren’t forced to live somewhere this filthy.”

Possessive husbands hug their wife’s shoulders tighter when we pass, pull them out of accidental brushing range. They whisper into soft strands, “Can you imagine living here?” Their wives grimace and grip their husband’s arms, “Please don’t let that happen.”

Older women on tours that give matching ballcaps lean on each other and grouse, “Maybe they just don’t understand things shouldn’t smell that way.”

We used to get angry at them, yell or glare or ask them to leave our shops. Sometimes we would walk close enough to scare them, as though we were going to touch them with our bare skin. But often they would yell right back at us and after a while it became exhausting.

Don’t get us wrong, we’re grateful, sure. Our economy is booming and, for those of us who only wanted to live a comfortable life, we’re doing just that. But once in a while we bring up the idea of shutting down the tourist businesses at the town meetings. It never gets far enough to talk through the particulars – the legalities of it and all that. That isn’t really what we’re focused on. But it gives us a few minutes to dream as a collective. To imagine sending Bill, the local sheriff, to the freeway exit to detour the cars right back on. To wonder how empty Main Street might be if we rid it of falsely calcified key chains, flowers, and small mammals. To remember what it’s like to see someone walking toward you and nod or wave or keep walking without giving it another thought.

Hannah Newman is a founding Editor-in-Chief of Sweet Tree Review and holds an MFA from Western Washington University. She is currently working on a collection of short stories about women, ghosts, and joy. When she isn't writing, you can find her reading obscure fairy tales and drinking too many cups of coffee. Her work can be found in or is forthcoming from Entropy, Stirring, Yemassee Journal, and The Mantle.