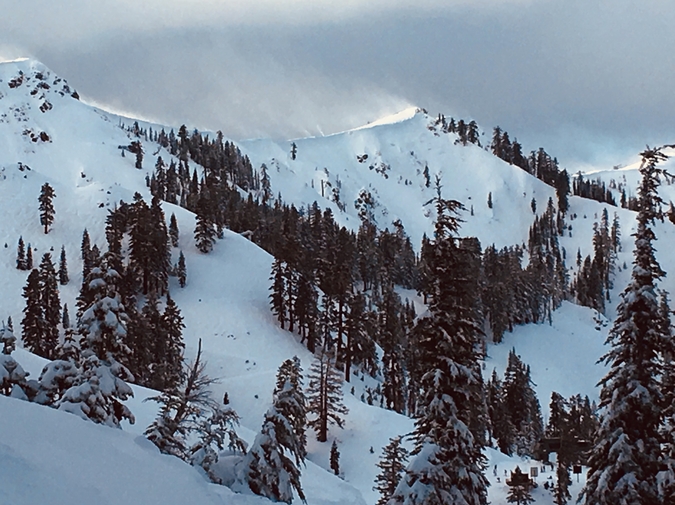 1.
Teach your children well, rebellion is constant though, sweatpants will always be comfortable when no one is around and you’d like to watch a movie in bed with popcorn and your lover and it will be snowing and you will want to go skiing in the powder with a friend who will watch you and then you will watch him and he will give you some tips and you won’t say anything.

2.
Brown leaves decay in the April swamp. Trout are dumped into rivers out of trucks. It is warm and sunny out, let us go try to catch one of those trout and maybe next week we will go see a ball game. Snow may be in the forecast between now and then, but we’ll ignore the weatherman, he’s wrong most the time anyway. The brim of my hat keeps the sun out of my eyes, but won't let me see to where I need to without some struggle. Nice to meet you. I will shake your hand now. Later maybe we will have drinks.

3.
The traffic is far, far away in the other room my wife turns the page of her book. Come down to the stream where the Magnolia is beginning to lose its petals but is still fragrant. In a robe Han-Shan sits on granite playing a wooden flute, this and that, a melody sometimes present, most times not, Tu-Fu is crouching, nudging a poem down the river with a twig of birch, jug of wine by his side.

4.
How'd you get that dough so fluffy? It was the egg, the one that came out of the chicken last week. I fed it sweet grain, but it's not the egg that makes the dough sweet it's the sugar ground from green cane that came from the islands where Bob Marley sang in a shantytown under the sun before Club-Med moved in and before I was born in 1980. I listen to him on top of mountains when its twenty degrees and snowing, where sixteen-year-olds wear Rasta colors while skiing.

6.
Look at me, look at me, tell me what I look like - a comet being born in the pond in the woods – rising, dripping with the murk which it came from, before taking off through the galaxy – a blur, attracting and expounding continually. So much beauty gone to waste in favor of emotional homeostasis, lovely lovely eyes, lovely lovely mind, lovely, lovely the closest we will get will be this financial transaction. The wife is calling, the wife is calling, as she has been for centuries.

8.
The world is too much with toasters and hand grenades, I-Phones and Plutonium, and two for one steak dinners. I joined Planet Fitness so I could lose weight on the elliptical watching twelve T.V.'S at once, trying to figure out what to believe. I believe, I believe…all is a spectacle and I am always part of it, I never feel lonely, I even have a couple of giraffes as friends, along with the seven Hyenas that try to eat them. There is no confusion. I only have to do.

9.
The grass is green, but you say its red. Who’s to know? He said, she said, they said everything, moving to some music, taking nothing at face value like a gangsta, the smile from my boss and the frown from my wife, there ain’t no difference, I’ll take a sunny day or a rainy one, a hot day or a cold one. All these stars dripping with wax holding me in place, someday they will all be melted completely.

10.
All writing is garbage…All those who have points of reference in their minds…are pigs…

11.
Follow these directions and you will find your way to a grandmother who is stirring five gallons of red sauce and there are always bursting sausages waiting for you when you come home after a day of playing soccer in Mike’s back yard where his mother keeps an ice-filled pitcher of Purplesorousrex Kool-Aid on the brick steps spotted with lichen and moss, this is pure sugar and we are drinking it and scoring goals, the crowd is yelling and some of them are singing a patriotic song.

12.
On the rooftops, pigeons give birth to condors and now there are plenty of them and they eat people who are dressed in thousand-dollar suits. Save the ozone, burn clean coal, wear Nike Airs from the nineteen-eighties, be a sneakerhead, a snake worshiper, a worshiper of ants, a worshiper of macaroni and cheese, eat low-fat everything, convince your doctor you are invincible, live your life accordingly.

13.
Break a turtle’s neck, not so it will kill him, but so that he can't tuck his head in anymore and is forced to face everything: his riga-mortised cousin washing up on an oily beach, the seagull chewing gum, the Christmas tree burning, and the goldfish swimming in a bowl.

14.
The magician can make the bunny come out of his hat when he wants to. He doesn’t have to cast any spell he just places his hand quietly into his hat and out comes a fluffy white bunny almost smiling. The bunny knows it is his job to come out of the hat and he is kept fat with carrots and baked beans.

15.
I've been the Basil plant screaming for the sunshine, the tomato plant with blight, the winter squash that never grew, I had tea with Buddha and Jesus, they got along just fine. Jesus offered Buddha a piece of fish and he enjoyed the flesh. Buddha asked Jesus to meditate with him and Jesus did and was satisfied. He told Buddha how he thought of his father and Buddha said he thought of his own father too.

16.
There is nothing left, only these old pennies in a green plastic cup that want to be spent on something worthwhile, a birthday card or a Christmas present.

18.
We are the robots painting pictures of flowers while staring at the refrigerator, contemplating euphoria thinking of death, watching the garden grow, a bell tolls, there is no such thing as freedom sustained.

Edward Manzi lives in Tahoe City, California. His poems have been published in DecomP, Cosmonaut Avenue, Bodega, Sharkpack Poetry Review and a number of other publications.  His poems have been nominated for Pushcart Awards and a Best of The Net Award. You can find him playing in the mountains around Lake Tahoe.