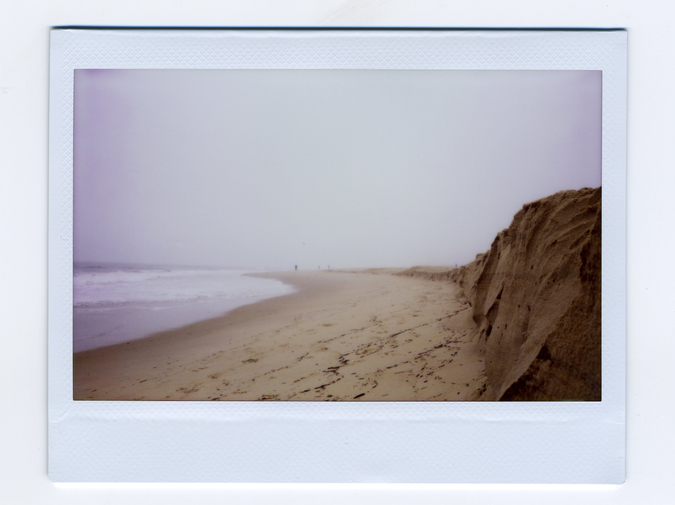 The picture came out dark. I knew why. In the right corner, the sun was shining from behind, casting the couple in a haloed silhouette. I had to tighten the frame. But the sprinkle of gold dust over the distant clouds had been so alluring, I’d done my best, albeit compulsively, to fit it all. Admittedly, not much remained of the white in the man’s wholehearted grin. As for the woman, her tan had turned as dark as her crimson bathing suit.

The couple had declined to examine the picture. They said they hadn’t looked at any of them. My expression of mild surprise compelled the woman to explain. It was their honeymoon and they’d decided to focus on the moment. Looking at the images afterwards, once they got home, would make the trip more meaningful, they reasoned.

The man retrieved his camera from my outstretched hand with a grateful smile. The woman spread a small yellow mat on the sand, placing his camera bag on a corner to hold the mat down. She seemed impatient to dabble in the water, paying no mind to the howl of the sharp wind picking up wisps of sand all over the beach. The man, still talking to me, promised to join her soon.

They had been on the road for two weeks, starting from San Diego and coming north along the Pacific Shores up to Vancouver. He described the beauty of the beaches and the cities to me in a terse and rather blasé manner. He saw it fit to admit that he was getting bored with their trip, and didn’t consider Vancouver’s late summer weather appropriate for swimming. Pointing to my book, he confessed he would rather sit on the mat and read. But the woman, now waist-high in water, beckoned him. He nodded in her direction and then turned to me and shrugged as if to say he had no choice but to cut short our conversation.

I lived near English Bay, adjacent to the famous Stanley Park. On summer evenings I usually sat on the sand to read. Today, despite the chill coming off the ocean, I decided to stay. While reading, still so alert to the happenings around me, I noticed the man as he climbed out of the water, returned, placed his sunglasses on his face, and reclined on the mat. A couple of minutes later, the woman approached shivering as her arms formed an X across her breasts. When she sat down, they began talking. The roar of the wind cocooned them from my eavesdropping. The woman sipped water from a plastic bottle, and kissed the man before dashing back to the ocean. I played my iPod and tried to focus on my book, willing its magic to carry me away from my surroundings.

In the silence between two tracks, the man’s screams snapped me into the present. He was still on the mat, but standing now. Cupping his mouth, he called to his wife, each cry louder, more desperate. He ran towards the surf still wearing his t-shirt, waded into the water until it was deep enough for him to swim. Passersby gathered along the shore, watching and pointing in shock. Some talked into their phones. I could not see anyone else rummaging through the angry swells; no lifeguards at this hour. Two young men dove into the water and swam to the place where the husband too went under. I couldn’t tell how much time had elapsed since the woman had disappeared. The crowd along the shore grew by the minute. The waves smashed at the crowd menacingly. I could make out the yellow wicker mat off in the distance, anchored to the beach by his SLR camera bag. I thought about the picture I had only just taken. It would be the last one in the camera, the last one of her life if the ocean had anything to say about it.

I pictured her drowned. The man returned home alone, devastated. Secluded in his room, he sentenced himself to a hunger strike. One day, he remembered the camera, gazed at the screen and beheld the outline of his beloved—though in silhouette—the source of her destruction looming in the background. Ambushed by my golden gift, so carefully composed and well intentioned, he cried out. Unless I acted quickly, his suffering would weigh heavily on my conscience.

I walked to the mat and picked up the camera. In the mayhem, nobody cared what I was doing there on the beach. Their eyes were focused on the water. Finally, the husband surfaced to grab a breath. His frantic cries overtook the roar of the waves before he dove under for another frenzied round. As he disappeared, I made up my mind to erase the last picture. In a flash, another took its place on the screen: the woman standing on Denman Street licking an ice cream. I pressed delete. The next one was taken inside a clothing store: the woman posing with a wicker hat, holding its rim flirtatiously while staring into the lens. As I deleted it, I discovered a group of indoor shots. The woman doing her make-up, getting dressed, staring at herself in the mirror, and sending kisses to the photographer. I heard sirens. Paramedics. I felt a pang of guilt. While I stood gawking at her intimate images, the subject was succumbing to Poseidon’s cold embrace. By this point her lungs would be full of seawater, preventing oxygen from reaching cells, carbon dioxide coursing through her blood. Surely death could not be far behind. Dozens of photographs remained. There wasn’t much time. In desperation, I formatted the camera’s memory and dropped it on the mat. I walked away.

As I approached the crowd, I heard an uproar about ten meters away from where I last saw the husband. A blond man in white staggered in, the woman in his arms. Her hair hung limp, grazing the surface as the waves drifted in. People ran in his direction, watching for the husband to catch sight of her. He did and raced to where she lay, unconscious. The blond man moved out of the way so the paramedics could start CPR. The husband hugged the blond clumsily. Soon he realized that his wife’s life was in the hands of the paramedics who were bent over her. He pulled at the sleeve of the one closest to him and feverishly repeated that the woman was his wife, that they were on their honeymoon, that today was the last day of their trip. The last piece of information he voiced, quavering, was that he loved her. The paramedics asked him to pull himself together. Instead, he gripped the woman’s shoulders and shook her, interrupting the life saving breath. The blond pulled him rather violently, dragging him away.

But he struggled to return. It wasn’t until one of the paramedics informed him the woman was alive that the man calmed.

It was my turn to fret. My perverse compassion had destroyed all traces of a once-in-a-lifetime trip. The focus had changed. Turning to grab my book, I returned to the scene of the crime and the camera I’d robbed of souvenirs. The paramedics were still resuscitating the wife.

With all the fervor of my earlier lunacy, a new idea took hold. I picked up the camera and ran back to the scene. Still in the grasp of the muscular blond diver, the husband’s gaze was locked onto his wife’s bloodshot eyes. With each chest compression, water fountained from her mouth. After some effort on the part of the paramedics, she began breathing a little.

I pointed the lens at the husband, taking a couple of shots. Then I turned my sights on the wife and snapped photographs of her unconsciousness; of her coughs and all the bloody water and vomit; of the husband calling out his wife’s name; of his attempts at freeing himself; of the wife who, coming to, couldn’t believe she was alive; of the husband on his knees gently touching his wife’s limp body; of their tears while embracing, of the heroes’ tired smiles and the onlookers’ cheers; and of the ocean that had finally relented and sent foamy ripples as its offering of peace.

In every shot, the orientation of the setting sun was perfect, glimmering from the side and drowning us in its soft, slanted light.

Mehdi M. Kashani lives and writes in Toronto, Canada. His collection of short stories is soon to be published in Iran in Persian.‎ One of the stories from his forthcoming collection won first-place in the Sadeq Hedayat 12th Annual Short Story Contest in 2014. He also has work in Litro and work forthcoming in the Los Angeles Review.