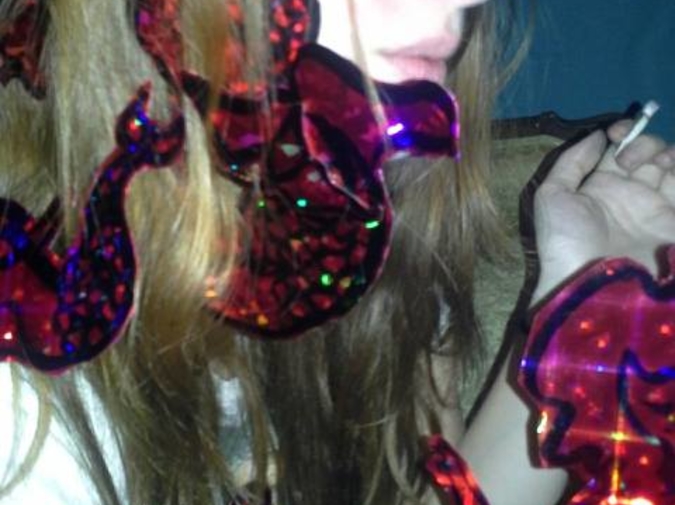 In 2007, I was catfished by a homely woman from Arkansas masquerading as a 5’10” blonde bombshell named “Jenn.” Before you judge me, remember that this was ten years ago. I had a flip phone. Michael Jackson was still alive. It didn’t occur to me at the time that the anonymity of what we then called the Information Superhighway provided lady wolves with the sheep-clothes needed to make virtual love to depressed single dads. When, out of the blue, a Scarlett Johansson lookalike hit me up on OkCupid with a private message that said, “Like your profile pic. Cute. Sup?” I assumed I’d just met my second wife.

In retrospect, there were warning signs. Jenn claimed to live in Oregon where I lived, but was currently on permanent vacation in the South, making a physical meetup impossible. Also, her answers to my questions were extremely vague. When I asked what part of Oregon she was from, she responded, Portland.

“What part of Portland?” I asked.

Backed into a corner, Jenn unleashed her secret weapon, her body, sending me a series of photographs too risqué for her OkCupid profile. I forgot all about her inability to give me a straight answer to a simple question. That these photos came from the beach or a party in the woods or a college fraternity full of handsome boys and not from a lonely person’s bedroom should have tipped me off that something was amiss, but I was desperate to believe that the world was brimming with single dad-loving supermodels vacationing in Little Rock.

Every night for two months we bared our souls, sharing our fears and wishes and deepest regrets. I told her how hard it was to live 3000 miles from my kid and how sometimes I worried I’d made a huge mistake living so far from the person I loved more than anyone else in the world. Jenn confessed how much she loved pepperoni pizza and how it scared her sometimes to imagine a world without it.

“I’m eating a whole pizza right now,” she said. “Is that gross?”

“I wouldn’t worry about it,” I said. “You’re so skinny. You must have a good metabolism.”

Jenn and I only had sex once. By then, we’d moved from OkCupid to AOL Instant Messenger. I did most of the work. I sent Jenn a photo of myself from the waist up.

“Thank you,” she beamed.

“Now I’m taking your underwear off. Are you shaved?”

Concerned our affair might fizzle out if we didn’t soon transition from the virtual to the corporeal, I rerouted my upcoming flight to Vermont—where I planned on spending a week with my daughter—to include a two-day layover in Arkansas. Anxious to share the good news, I emailed Jenn, explaining that the day had come; all I needed was her street address so I knew what house to go to so we could finally knock boots.

Ordinarily quick to reply, Jenn was silent for days. I became concerned. A week passed without a word. Convinced she’d fallen down a well or been kidnapped by evil gang members, I was about to phone the Little Rock PD, when I received an email from Jenn’s friend Gretchen. Gretchen claimed that Jenn had moved semi-permanently to Venezuela and wouldn’t be able to continue our correspondence. It was Jenn’s parting wish that Gretchen and I get to know each other, picking up where Jenn and I left off. Gretchen and Jenn had been best friends since grade school and were basically the same person except their faces were different.

She sent a photo attachment to the email. Gretchen didn’t look anything like Jenn. She was 5’3”, overweight, and had a wart problem. She concluded her email with a plea: “Looks are overrated in our image-driven society. Jenn says she really thinks you should give Gretchen a chance, even if Gretchen isn’t what you had in mind.”

While I was ready to believe, against all odds, that a beautiful woman on permanent vacation in Arkansas had fallen in love with me, I wasn’t gullible enough to believe that that same woman had spontaneously moved to Venezuela, leaving her ugly friend behind to become my wife.

Even so, I was reluctant to judge Gretchen. After all she had a point. My plan, before discovering that “Jenn” was the fever dream of an Ozark troll, was to buy an engagement ring and spontaneously propose to her at a hoedown or banjo festival or whatever it was people did for fun in Arkansas. Seeing as how we got along so well back when I thought she had a rad body, wouldn’t we get along almost as well now that I knew she had a crummy one?

I told my buddy Scott that my internet girlfriend turned out to be bunk, but I was considering marrying her anyway. Scott was outraged. He pointed out that Gretchen was a vindictive liar copying pictures off some cute girl’s MySpace page and sending them to random men, pretending to be somebody she wasn’t.

Scott had a point. When I thought about it, I realized I wasn’t in love with Gretchen at all. If anything, her vague responses to my sincere questions left me cold and depressed. What excited me was Jenn’s beautiful hard body, whoever Jenn was, if that was even her real name.

I went back over our correspondence, looking for clues as to who the real Jenn might be. In one photo, I noticed her in a dorm room with a boy wearing a University of Michigan sweatshirt. I searched MySpace for someone named Jenn who went to school in Ann Arbor. Eventually I found her, Jenn McCleary, along with the treasure trove of half-naked photographs Gretchen had harvested, sending them to me in a steady stream of ever-increasing nudity.

I sent the real Jenn a message explaining that someone pretending to be her had been AOL-chatting with me for months and that if she wanted to know more, please call 503-XXX-XXXX.

Five minutes later my phone rang. A girlish voice asked if I was the guy who just messaged her. I reluctantly admitted I was and told her what I knew. Real Jenn was pissed. She explained that Gretchen was her childhood friend who was always sort of obsessed with her in a creepy way. She had a feeling something weird like this was going on; she thanked me for doing the detective work, confirming what she’d long suspected.

I liked Real Jenn’s voice. It was stupid in a melodic way that made it easy to imagine having babies with her.

“No surprise. You’re a catch.”

I didn’t know what to do with all the energy I had saved up inside of me from being in love with a woman who was actually a crime committed by a deceitful gnome, so I wrote a love note to Imaginary Jenn as if she was a real person. I told her that I wished I could join her in Venezuela, but my friends and family were in Portland, and besides, I didn’t speak Spanish. I said I would always love her, and remember our tryst fondly, how pretty her breasts were, and the sounds she made, almost yodel-like, at the peak of orgasm. I wrote my note on paper, with a pen, because fuck the internet. Then I set it on fire and promised the smoke that rose from the ashes that my next girlfriend would have a body and skin and teeth and breathe air and say things that I heard with my actual ears.

Maybe it was just a coincidence, but a few weeks later, I ran into an old friend on Alberta Street. We spent the evening together, and ended up making out in Colonel Summers Park. Soon enough, we were dating. We’re still together.

Some nights she makes me so mad I go to the bar and slam three whiskeys in a row and imagine all the waif-bodied 22-year-olds I could bury my beard into, eating their luscious pink assholes. But then I remember Jenn, and I know there’s no such thing as a 22-year-old, only my beautiful annoying girlfriend who I love so much I’d cut off my own arm to see her smile. I drive home and she yells at me and I yell back until we are tired and hold each other, and the internet casts its dull, stupid glow, convincing you idiots that there’s someone else out there: perfect, immaculate, and real.

Kevin Maloney is the author of Cult of Loretta (Lazy Fascist Press, 2015). His writing has appeared or is forthcoming in Hobart, Barrelhouse, The Literary Review, Vol. 1 Brooklyn, and a number of other journals and anthologies. He lives in Portland, Oregon with his girlfriend and daughter.