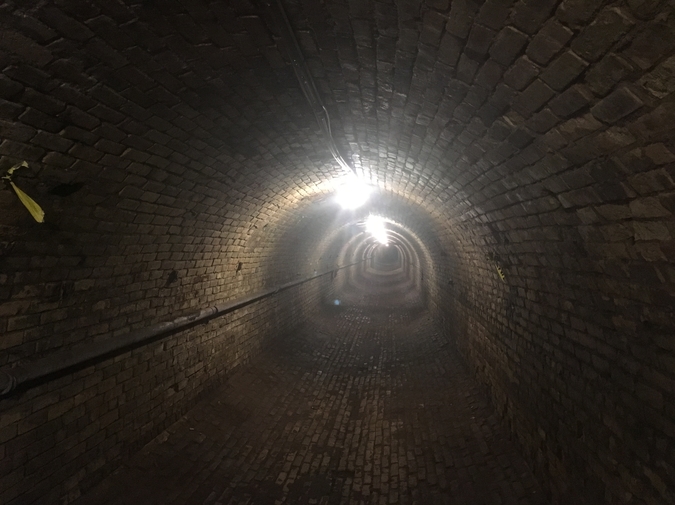 It happened at a small party I’d planned at a nightclub in the meatpacking district, where one of the people coming to the party was a boy I loved, and had loved for years: since the spring break trip in our senior year of college where we had first met, a week of Bacardi-fueled raucosity along Puerto Rico’s northwest shores.  Another girl from his past happened to be visiting New York that same weekend—not merely to visit him, she insisted, but to see lots of people among whom was him—and although I had in fact organized the outing in honor of another visiting friend of his, a man who neither me nor the visiting girl knew particularly well, I said that of course it was fine for her to come along too.  He and I were only friends, after all, or at least he insisted that we were, though I felt otherwise and he seemed to too, and although by most of the judgments of our observing public the only “just” we seemed to be was “in denial.”

There is a witching hour, for twenty-somethings at a nightclub, at which everyone either starts to make something happen with a chosen someone, maybe in their group or maybe a stranger at the bar, or else goes home.  We were never among those who went home; it was usually the case, instead, that this boy and I would find each other at this hour, or rather that he would come and find me, and I would allow myself to be found, again and again, though in the twin lights of day and sobriety he would insist we were friends only, that he had never seen me as anything more, and that he never would.

Nonetheless I would tally for myself everything we did together.  The dimly-lit dinners and faraway trips and early-morning races and wild parties every other week; the things we talked about on long walks through Central Park, the job he hated and the family he didn’t feel understood by, his sexual confusion, whether he liked female bodies or, possibly, male ones; the ways in which he enjoyed and took pleasure in my female body when the lights were dimmed and we were drowning in a night-long waterfall of drinks.  Surely it meant something, I thought to myself obsessively, and sometimes—frequently—told him.  I told you already that it means nothing, he would tell me, and anyone else who asked him, over and over again.  And he felt frustrated, he would say with exasperation each time I confronted him about what we really were, that I just couldn’t seem to get that.

This particular night at the club, though, when he came to find me as he almost always did—this time, he did not stay with me.

“You’re not going to like this,” he said, laying his hand gently on my knee, smiling apologetically—or so he played it—into my eyes. “But I’m going to go make it happen with her now.”

“Okay,” I replied, smiling warmly back into his eyes even though I suddenly felt crampy and nauseated, smiling resolutely on the surface as though all I wanted was for him to be happy, because to love someone is to help them be happy, after all, or so we are told in insistently positive internet memes and life coaching videos.  So he left me, and went to her, and they went to the upstairs dance floor, and I stayed downstairs and made myself another drink from the bottle service I’d ordered explicitly to make his and all of our times at this small party the best ever, not wanting to have to look too closely at what had just happened, or, more accurately, what was about to happen, perhaps working hard to conjure up the faith that if I didn’t see it—didn’t see them together, in a world without me—then I would later be able to conjure up a truth for which that that sliver of time, of him with her instead of me, had never existed.

There was a boy from our group, however, who did find me that night, a boy who I really did like, especially his mind, and was attracted to, but did not love and who did not love me either, a boy I had known for many years longer than the boy I did love.  Sometimes, when the boy I loved was not around, I found this boy at the witching hour instead.  And so, on this night, this boy came to find me and took my hand, and I finished my drink and laid down my glass so I could follow him, and he led me down the hall, to the dance floor—but not the downstairs one.  The other one: the one where the boy I loved had gone with her and left me behind, and I had let him leave me without so much as a quiver of a lip, because it I knew it would make him happier that way.

Not even the stream of cocktails pulsing steadily beneath my skin could blunt the truth that that dance floor was the very last place in that moment I wished to be.  But with this boy, too, I had studiously woven a frictionless tapestry out of the space between us, and so my feet complied with the pull of the boy I liked but did not love, and upstairs I went, or followed, really.  And as we crested the stairs, I instantly caught sight of him, the boy, my boy, my love, with her, holding her and touching her and kissing her, his vodka laced mouth crushed against her own.  To my view, he was on the left side of their embrace and she was on the right; standing illuminated beneath the chandelier hanging halfway between each of the upstairs dance floor’s glass walls, they were a sight so perfectly framed for unwillingly stumbling into that it felt as though I had walked into a film reel and this was the moment when the broken-heart music starts to wail.

This is the part, then, where I am supposed to say that I tried to look away.  But I didn’t.  Try to look away, I mean.  I simply stared—I stared at them as they swayed under the lights, him cupping her face in his right hand so gently as though her skin were a handful of flower petals, a delicately intimate curve of his fingertips that my own skin had never been so privileged to know; her arms, long and slender and white, resting atop his shoulders to link behind his neck in supreme ownership, as though she had finally arrived at the place that was always her home.

Watching them, it suddenly clicked, more like a kick to the heart, shot of lucidity finally jolting me awake like a midnight Charley Horse: he hadn’t lied to me about not loving me.  Not once, not ever.  There is a perverse way in which bad men who do bad things tell the exact truth about who they are and what they did.  I wanted so desperately the kind of love from him that was so obvious and so easy in that moment for him to give to her, yet impossible, he said, to give to me.  And I knew with all the surety of a blackened sky coming before rain, as I continued to stare at their swaying bodies in that frame, that no matter how hard I pleaded, demanded, desperately proved our case—his love would never be for me.

The next morning I wrote him a long email, something like 1500 words, telling him that once I saw him with her that night I had suddenly got it: that he would never choose me, ever, no matter the things in his life that he said made choosing me complicated, no matter how understanding I was about those complicated things.  In that moment at the club the night before, I told him, he had clearly and simply chosen her, and I finally understood that he would never choose me with that clarity, and indeed would never—as he had always told me—choose me at all.

I told him that this understanding meant I could no longer be around him, though, at least not right now, and not even as so-called friends.  I loved him too much, I said, to be able to have being friends as a healthy possibility.  I wanted too much to be his everything—to wake up next to him, to know everything about his day, to buy groceries for two, to make him better when he was sad, to go places with him as his woman and have him be proud of us; now that I knew that I would never be the person he chose, I couldn’t in all good sense continue to be around him, not until I had meaningfully moved past the place where I wanted those things from him.

After hitting Send I went for an 18-mile run.  It was on my training schedule for an upcoming marathon a few weeks away, but normally on days after parties like that I tended to shorten my runs, as they usually only made the post-debauchery queasiness in my stomach worse; this time I determinedly slugged out the full thing, three complete loops of Central Park starting and ending at East 90th street.  There was a lot I needed to run off, rid myself of perhaps, even in the below-freezing temperatures of that grey February afternoon, the kind of cold that usually made my toes freeze up and uncomfortable to push off of after six miles.  By mile twelve even what remained of my Gatorade had turned to undrinkable shards of ice.  Fuck my life, I thought as I threw the bottle away.

When I arrived back home several hours later I found that the boy had already replied to my email.  Incredibly, he had turned the previous night around, instead blaming me for what had happened with her—he admonished me for knowing how complicated his life was, telling me that I knew everything he was going through and that I of all people should have known better than to allow him to get together with her.  It was you, he wrote reprovingly, who was actually a bad friend to me.

The next morning, I found out in the news that a woman had been attacked by a crazy guy with a crowbar at the 90th street entrance to Central Park, about half an hour after I’d crossed precisely that point and into the darkness of the Park for the third time.  At the end of my run I had coursed straight into a blaze of spotlights and police cars at 90th street, as I completed the final turn of my third loop, and realized something must have happened while I was still clipping through the shadows of the Park’s west side.  According to the news report, there was no apparent underlying motive for the attack—like many things that people do in New York City, he had done it purely for the sake of doing it.

We’re not done, the boy concluded in his email to me.   I don’t believe you in the least.

Michelle Chikaonda is a nonfiction writer from Blantyre, Malawi, currently living in Philadelphia, Pennsylvania. She has won the Literary Award for Narrative Nonfiction of the Tucson Festival of Books, the Stephen J. Meringoff Award for Nonfiction of the Association of Literary Scholars, Critics and Writers, and the Archie D. and Bertha H. Walker Scholarship for writers of color from the Fine Arts Work Center in Provincetown. She is currently published in The Globe and Mail, The Curated Body, The Zitheka Monthly, and in the Oracle Fine Arts Review of the University of South Alabama, an essay for which she received a Pushcart nomination. She can be found online at her website, www.michellechikaonda.work, and on Twitter at @machikaonda.