I Think You Have A Drug Problem 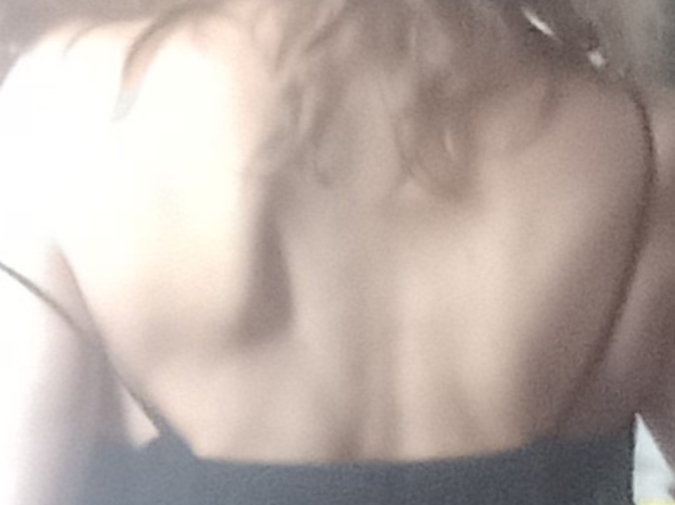 So I wanted to bang this exvangelical guy and it's about to get worse: I was circling the drain of love with the exvangelical guy and I had been dipping into chaos magic, which was nice and wholesome – burning paper, gusts of wind – until late summer the universe shot me in the face with a clarity bullet. What happened is, I saw this guy's private address on an invoice he forgot to black out, I googled the address, I stared at the house and I knew it wasn't gonna happen. It was a big green house in a white neighborhood and no. He doesn't like you. He sent his address over because he doesn't see you as a person. If he thought you were his equal, a woman he wanted to hold hands with, he would have been careful.

I'm trying to move on here, because a stranger said if you dream about kissing and being all loose and content, it's a mental health issue, it's not you being real – still, back when I thought I had a chance, I was getting into the cosmology of the far right mass cult this guy had been raised in, complete with Barack Obama cardboard cutouts being used as target practice, mandatory home school and hell eternal for everyone else, that's when I started listening to a couple exvangelical podcasts – they have deconstruction shows, they have hour-long sessions about their own inability to function as regular men, they have woo hoo check out the spiritual wound stunt shows, they have legit doctrine panels with former ministers jamming apologies on and on and on, and yes, it is cool, it's a full Netflix of pain ready ready for action.

Sorry I can't give you all you want when you want it. Sorry I talk with an accent.

At first I wanted to be friends, I wanted to understand where he came from, but it's not like I could ask him for details day in day out, honey, tell me about predestination, that's some shit, I had to pretend I wasn't thinking about him much, and that, in turn, made me want to fuck him even more – and I can get off to anything I put my mind to, only now when I come on demand in a minute or less it's because I don't want to be checking if Straight White American Jesus dropped an episode, and if they did, hate the theme song, hate hate those fucking ads, I'm still on it. You are listening to an Irreverent podcast. Tell me all about the world of pain you endured. Tell me all about being stunted for the rest of your life. Penitence for being a fool. Habit. Shame too. You loved the guy who believed the cam girl liked him for real: you're gonna love the dumb bitch who thought the onetime child preacher liked her for real. Evangelicals have this vision of god as the ultimate evil master. Predestination. It would have been some shit. I wanted him so bad, I've crawled out of a forest and on to a train while high on crystal, I've been picked up in the subway by internationally established porn actors, who, in fairness, told me they worked in advertising, I got stuck on an island off the coast of Venezuela with a bunch of feral movie stars, and I wanted him more. It was drag me by the hair pound me across concrete kick me in the guts it would have been something. Predestination is when god already decided who's worth it. Wild at Heart is a book about men being men. Taking dominion is oh I know that. Taking dominion is what it's going to happen after the real christians are instated at all levels of power and the country is reclaimed from the heathens. Nobody lives. The Rapture is real and if you're lucky you'll experience the fury of God.

He was the only man who knew what my face looked like and for months on end I thought the    problem was the face. If you were beautiful, he would pay attention. Nobody knows what I look like save for him, and, okay, the friends I made after I started messaging other writers, listen I have a crush on a dude who was in a cult please can you look at my picture, it's been rough. And having friends didn't make me stop wanting him, and a hundred men saying I was crazy beautiful didn't do it, and I got my stuff published in journals he never read. If you had a two book deal he would like you. If you had a big account he would like you. Prosperity gospel is when Jesus wants you to become tower of gold rich. His old church had a replica of the sword from Braveheart. Cannot recall if it was metal or glass. I would have been a slave. I listen to other people talk about the damage the church did to every single last one of them and I wonder was I ever going to be enough for a minute. This mental damage is a lifetime of being bad and hunger and gun in mouth disease and I was right there, I was right there. He made me want to talk like a real person. First time we spoke he stared me down and he asked what my intentions were, and instead of laying down a plan for the screenplay I was working on, I said I wanted to meet new people, and he just smirked, that figures, dumb bitch, and I should have known.

Barbara Genova (she/her/them) is the pen name of an actress/writer who got stranded in Central Europe during the first Covid lockdown of many. Poetry and stories written as Barbara have been featured on The Daily Drunk, Anti-Heroin Chic, Sledgehammer Lit, Scissors and Spackle, Misery Tourism, Expat Press, The Bear Creek Gazette, A Thin Slice of Anxiety, Roi Fainéant Press and the Hecate Magazine anthology issue #2 (DECAY, winter 2021). She can be found on Twitter @CallGenova    and on Instagram @thebarbaragenova