I Believe in Red 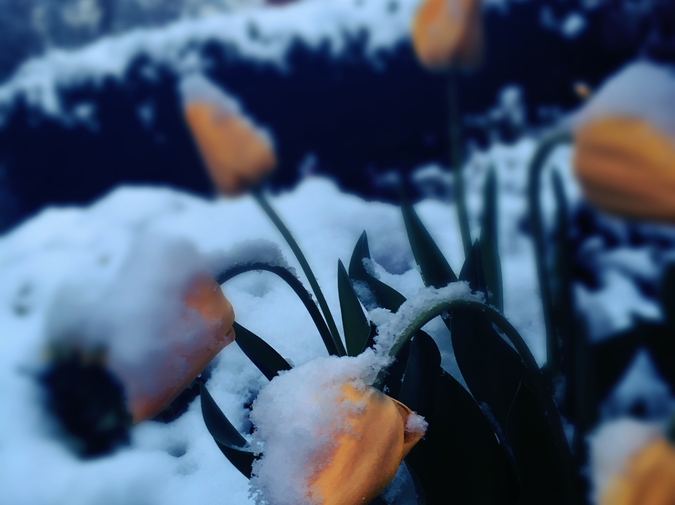 Introduction: I vowed to only wear red colored pants for five days in a row because I wanted to see if my life could magically reshape itself into something unrecognizable. I documented everything because it is so easy to believe in color and because there is nothing I love more than paying attention to myself.

MONDAY:
Yesterday, I only ate dilly cucumbers and three kinds of soup which means this morning I can fit into costume pants. This is perfect because today is the holiday where the Jews build temporary structures in their backyards and eat round loaves of bread.

I go home for the holiday and don’t feel guilty at all, which means I must have finally gotten over myself. It feels so easy to walk into my mother’s structure to announce my arrival. Everyone sees me and I do not blush. It feels exciting to remember I have a place to go to be watched.

We say a prayer together and I eat seven plates. My grandfather sits in the corner and eats two plates. Today is not only a Jewish holiday where we celebrate structures, it’s his birthday and he is turning very old. I sing him a country song just to show him how much I love him. Afterward, he says “Zaida loves you” because he doesn’t know how to start a sentence with “I.” He never learned how to claim a thing. Every time he is in front of me, I think about the Holocaust and how, out of everyone, he was the one who made it out alive.

When I say goodbye, my mother pats my stomach just to remind me that it will always look round when I wear pants. I tell her I ate too much challah. I can never suck myself in, but especially not on a night like this.

I go back to the other side of the river where there are too many people and no paper towels. But tonight, I promise I won’t call the cops on us.

I creep away to write in my journal. I am trying to convince myself words belong to me but everything I keep coming up with is something everyone else has already said. I write: we are surrounded by hot breath before I fall asleep in a circle of bleeding pens.

TUESDAY
I have a dream where Marsha P. Johnson says only God should be my whore. I don’t want to think about it too much, so I get up and go to work just to walk away with 0 dollars.

Today, my hair gets wrapped up in everyone's food, which means my future will be eggless. I go home. I lie in my bed and watch someone dance online. The thing I love the most in the world is the movement of her body. I try to shape myself in the same way, but my arms are hyper and extended.

Tonight, there will be a whole gaggle of girls who will want to get to know me. They don’t know it yet, but they are much smarter than I will ever be. They are the kinds of girls who understand everything Keats has ever written. I find this incredibly unfair. They don’t even desire to read for a living and yet the world of words has chosen them over me.

When I spend time with them, I realize I am a bad leftist because I don’t know how to join in on their conversations, so I chomp on onion rings every time they call to make a plan and get all weird and mumbly until I convince them they are mistaken for desiring to know me, I am a horrible time.

People I don’t know come over to hang out with two people I know very well. I blast ASMR, which I think is very punk rock but makes everyone on the other side of the door feel uncomfortable.

I look good in my stained velour pants and I wonder if everyone notices. I make a note about trying to stop impressing all the wrong people. I wash both pairs of red pants and while I am waiting, I make a list titled “How to Survive”:

WEDNESDAY:
I wake up very early because many emergencies are happening on my street. I see Cam in the hallway and he tells me I should wear my favorite pants even if they fit a little too snug.  I listen to him because I am going through a phase of only trusting beautiful people. He takes a picture of me. I don't ask why because I already know. I give him all my best shirts after he says his mid-year resolution is to start wearing clothes made for women.

Cam’s girlfriend comes over later and feels no need to acknowledge my presence, but after I come home from counting Trump signs in the cornfields, she looks in my direction because the two of them could use my help learning how to properly season food.

Cam asks when I am going to change my pants just to prove to his pierced girlfriend that he doesn't like me all that much. I tell him I wash them daily, but he says that doesn’t mean it’s not weird. I eat three kinds of frozen dinners because I am terrified freezer burn is on its way and because they don’t offer me any of the food I spiced for them.

When I manage to leave them alone, I watch cars as they get fixed across the street. It feels intimate and better than TV. I don't do anything I need to do, but I somehow find myself feeling superior compared to everyone else.

I write about my neck smelling like goat, not that it is true. But maybe I don't need to be honest all the time.

THURSDAY:
Today I decided to wear the costume pants because it is the full moon and I want to show her I am ready. I wear a red shirt that matches too perfectly for me to come off as casual and artistic. It feels like I am announcing my womanhood, even though I am not currently in my phase of menstruation. I walk along a bumpy road just to buy a pork quesadilla and hide in a soccer field to eat it. I blame the moon for making me do crazy things like choosing to eat pig.

A girl with a mustache pulls up in her car next to where I am sitting. We drive around and she buys me and my red pants whatever we want. I am reminded I can be a good time when I want to be. We talk about lima beans tasting like loose change and how badly we hope there is a video on YouTube called “David pissing off the chickens” but we don't look it up to see if it exists outside of ourselves. We make 9 eggs with jalapeños for her entitled cat named Scrump. She sheds on me and I sneeze. I fall asleep on two twin size mattresses and I write a poem which will later give me away.

FRIDAY:
I think of holding a shiva to end my red pant week with a bang but nothing important enough has happened to justify a memorial. I want to end my experiment in a cozy fashion, so I pull on my pajama pants and believe good mornings are possible until I go to Old Navy and vomit in the dressing room. I listen to a Patti Smith interview until it all feels all better. I think about calling Freddy afterwards. I want to pretend her words are my own, but he only talks to famous people now, so there is no use in trying.

I sit in Leo’s room for way too long because I want something bad to happen, but nothing does because he knows me. I crawl inside the van in my driveway and become part of the floor. I let myself believe for a moment that maybe feeling this glassy means I have officially reached Poet Status. To celebrate myself, I order a beautiful rug for an empty room.

When the sun sets and the cars aren’t driving all over the roads, I pedal my bike up and down my favorite location until it feels monotonous. I get off when I start to forget what Earth feels like. I try to find something to take to feel shakier, but I realize wanting to shake is an odd experience not many people seek out. The internet tells me the only medicine made for the shakes are pills that will kill you and wanting to be killed would be so last year of me.

When I sit down to eat dinner with Nate, he says time is melting away and I know exactly what he means. It is something I want to remember precisely so I don’t let myself write it down until I know I can capture it the way it came out of him.

Maya Staples is a poet and artist living in Boston, MA. Her poems have appeared or are forthcoming in Petrichor, Jabberwocky, and The Eunoia Review. You can find her on Instagram @0nlinemaya.