How We Killed Whitney Houston & Ghost 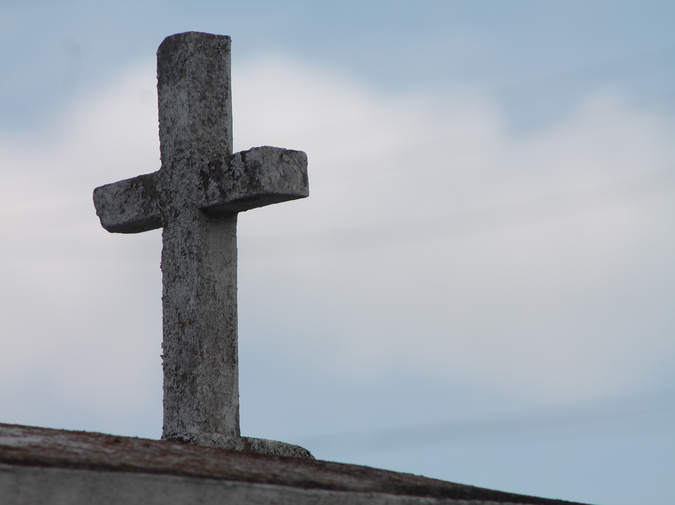 How We Killed Whitney Houston

We’re sorry. We’re not sorry. It was that kind of year, our year in the dumpster, our year in the occult, our year of the amateur séance. It was the year we tried to be poets and novelists, but were just twenty-somethings living on next month's pay and last night’s menthols. It was the year we bedded down and woke up alone. We’re sorry, it was the year Gaby’s husband was deployed again, the year Britney’s mom got cancer, the year Nathan, my best friend, was moving for a job he didn’t want. I’m not sorry, it was the kind of year I would have raised all of hell to keep him around. It was the kind of year we wanted to take control. We’re sorry, one desperate night we lit candles, sage, burned pictures and slips of papers with wishes. We’re not sorry, our first victim was the ghost of Regina’s potato-faced ex. We tried to banish him by tracing her apartment with a smudge stick, which we each held it under our chins, a totem against another year of loneliness, of shit-spit luck.

We’re sorry it was the year we listened to Whitney Houston on repeat, singing her in the shower, in the car, adding lyrics about our own miseries—How Will I Know (When this Shit is Finally Over), I Will Always Love You (Vodka), I Have Nothing (But No Really, Not a God Damn Thing). We’re not sorry it was the year we loved her, a woman whose voice and love of love sped like a bullet train. It was the year we hated her, how her cocaine habit was going strong, how she couldn’t recover from Bobby Brown. We’re sorry, we were celebrity chasers: only when our childhood idol rose up again could we get it together too.

We’re not sorry, that séance night we took fire to sweet grass to bring in good fortune, we smelled like vanilla, hazelnut, and fresh-bought weed. We’re sorry, when we made our wishes at 7PM a few miles from the Atlantic Ocean, Whitney was sinking into one last bath in California, about to drown herself. That night she gave her last performance: “Jesus Loves Me.” Her voice was crushed glass, a rumbling motor of sound but clear and sharp with intention: Jesus loves me! He is near. We’re sorry, that night we should have paid more attention. We had played Whitney’s “Run to You” and were lost in the music video of her skipping around in the clouds, dressed in a Grecian goddess mini. We’re sorry, we mostly meant to help ourselves. We’re not sorry, Gaby’s husband came back, more handsome than ever. We’re sorry, Nathan moved and loves Brooklyn and maybe we resent him, still stuck down in the swamp as we are. We’re not sorry, we meant every wish. We’re sorry, maybe we were useless that night: Britney’s mom still has cancer, we’re still unsuccessful—did we bargain Whitney’s life for failure? We’re not sorry, she just looked so healthy, so peaceful and healthy in that video, like she owned the heavens, like she belonged there. We’re sorry, we want to take it back. We’re not sorry, we wanted to make it better, but we’re sorry, we should have been more specific.

We had a ghost at the bar. I was the only one who took issue with it, but then again, I was the only bartender who closed up shop alone—the others had girlfriends, boyfriends, admirers, hangers-on. I had only the ghost, hot breath up my neck, a dark shape of a man in the corners. When I asked about him, the management laughed and called it the unofficial ghost, like others had asked about it before and needed to be assuaged. But they also claimed we were an unofficially gay bar: the clientele was mostly queer, but we wanted straight people’s money, too. But our historic building was built as a funeral home and eleven years ago we installed a decadent chandelier and a glossy baby grand—unofficial or not, we were the gayest haunt in town.

I found methods for banishing the ghost, but something in me wanted to be gentler. We were both loners in this bar: I had been single for three years and how many ghost lovers could he have? I remembered my parents’ Buddhist traditions for appeasing the dearly departed, and I started leaving little offerings. The first night, short glasses of water—one for drinking, one for washing his feet—flowers from newly blossomed trees, orange slices I used as cocktail flags. The second night, heavy pours of crème de menthe, Rumplemintz, Fireball—shaken, chilled. Then, more: incense sticks, smoke reaching for our embossed tin ceiling. Dozens of candles on the bar like melting stalactites. Soft ambient music, loud pulsing music. Yet still, warm rushes through my body—what did my ghost want?

I avoided being there alone, tore out as soon as I could. I called friends, sleepy, grumpy, supportive friends, plied customers with free booze—Stay a little longer, keep me company. One man nursed his bourbon past last call, sat next to me at the bar until we started kissing. He wasn’t a pretty man or a smart man, but he was alive and in the flesh, could undress me and remind me what skin was like. Even with him, though, heat bloomed in my face. I tried to ignore it, forget the ghost, just like I ignored the man’s whiskey dick, his lopsided grizzled face, his subtle racist remarks until something in me said no. I pushed the man out into the street and turned off the lights and sat naked on a barstool and said no when the heat came again across my shoulders—no no. And then it spread across my back, gentle and I felt yes down my spine and I thought yes and then all of me was warm and I finally said yes yes yes.

Eric Tran received his MFA from UNC Wilmington. His work appears in or is forthcoming from the Indiana Review, Weave Magazine, and the Star 82 Review.