How Lucky, She Thought 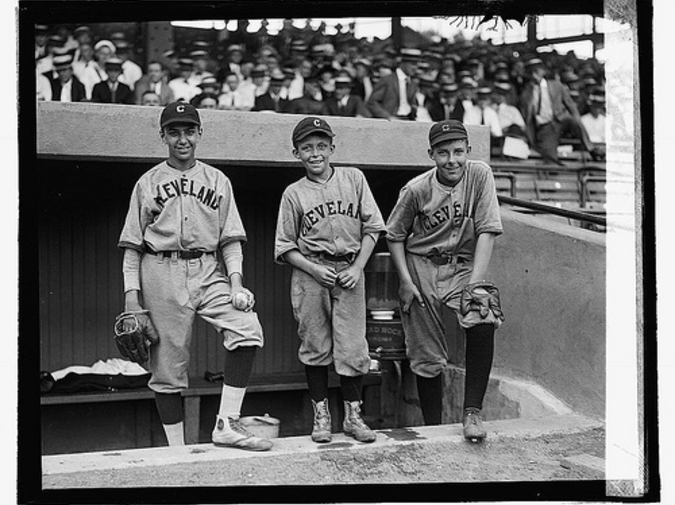 She woke up as excited as she had twenty years ago on a St. Patrick's Day morning in her childhood home, despite the fact that everything around her was unfamiliar, despite the fact that her hotel window faced a brick wall. She didn't care that the coffee was weak or that her clothes were stained or that she had a long walk to the Red Line. She put on her navy-blue vintage Cubs hat and just a little eyeliner before heading out.

Perfect 70ish degree weather. Perfect blue skies. Perfect seats in the shade of the upper deck. The ivy wall looked different from what she remembered seeing on WGN as a child; from these upper seats, it seemed smaller, brighter, more inviting. She remembered sitting on the edge of her parents' bed scratching the soft underbelly of the black dachshund named Bodie while her mom napped and Ryne Sandburg hit a homerun. She imagined for a second that these leaves before her were the exact leaves the outfielder ran into while chasing the ball. How lucky, she thought, to touch the brick beneath.

While she sat expecting the field to fold itself up into a Southwest Airlines commercial, several jets flew overhead, and along with everyone else in the stands, she did the "did-you-see-that?" thing that spectators do. She didn't know if it was a commercial, and it certainly wasn't Southwest Airlines, but it was about this time she noticed she'd kicked over the entire $7 Old Style she had just bought from the beer man.

She went to the bathroom during the 7th inning stretch, and some actor was singing, John Cusack maybe. She knew it wasn't Harry Caray, but someone was up there singing, so she darted back up into the stands next to people she didn't know — "And it's one, two, three strikes yer out!" — enough time to throw her hand up in the air for the count, then back down to the bathroom where there wasn't yet a line. The nice lady in there said, "Next lady please," every time a stall opened up, and how lucky, she thought, to be a bathroom attendant here, spending the summer surrounded by baseball.

The Cubs won the game, but she doesn't remember how. She remembers buying her Cubs jersey and a Goose Island Beer after it was all over, but mostly she remembers the cool breeze blowing strands of hair in her face and the mystery person changing the numbers out on the old scoreboard. The next day she remembered the exact attendance to the game, but now she's forgotten because the numbers don't matter. For once, she was there, she was one of them.

Kelcy D. Wilburn will soon hold an M.F.A. from the University of New Orleans. She received her B.A. from Loyola University New Orleans in 2005. Her recent work has appeared, or is forthcoming, inWaccamaw and Diverse Voices Quarterly. Kelcy is also a touring songwriter and performer based out of Louisiana (www.kelcymae.com).