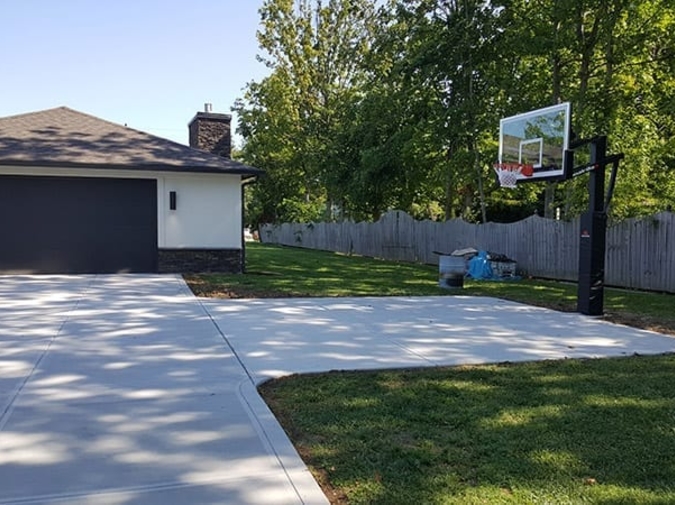 I’m watching this kid with glasses shoot baskets
on the driveway court in my memory.

He actually thinks if he wants it enough
he’ll play someday in the NBA.

The fact that he’s Jewish, five foot eight
and all alone in the suburbs hardly matters.

Every car passing by might house a backseat scout.
Ridiculous? Well, he believes this.

Here there’s no such thing as a dream
too big; only a series of commercial quotes

which serve as the basis for increased hustle and grit:
It’s not the size of the dog in the fight, etc.

And now his aims are shifting
from one out-of-reach league to another:

If I make this shot, he says to a God
with whom he still daily communicates,

Don’t you see how little it matters
should the ball find the center of net or not?

It’s the hope that’s important, from this great distance,
mixed with a certainty that everything yet can happen.

I fight to keep that interior kid-candle flickering.
We all do. We have to. The myth we feed to wake up

and face it again. Even here, making this,
I feel myself back at the free throw line,

faith-full, sure as ever that with this next shot…

Josh Lefkowitz received an Avery Hopwood Award for Poetry at the University of Michigan. His poems and essays have been published in The New York Times, New Poetry from the Midwest 2019, Washington Square Review, Painted Bride Quarterly, Electric Literature, The Millions, and many other places. Additionally, his poems have been read aloud on All Things Considered and WNYC.