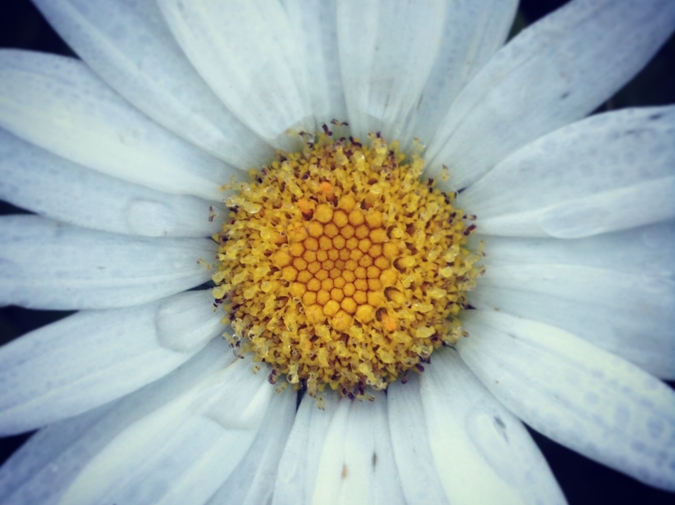 “Do you realize I could kill you right now, stash your body under your bunk, and just take the pretzels—and wouldn’t nobody even know?”

We’re at the very end of the dorm hallway, around a corner. This is a blind spot and we both know it. We’re as far from the prison guards’ desk as we can get. All the doors are locked; we can’t take this outside.

He could kill me right now. I’m rail-thin, depression rotting the muscle off me since I got here. He’s big and strong and calls himself Faheem. I don’t know why; that’s not his name. I’ve seen it on the callout sheet and it’s actually Albert. Maybe he converted, or maybe he knows Albert isn’t a very tough name to have in state prison.

These aren’t just pretzels. They’re Snyder’s Honey Mustard & Onion Pretzel Pieces. It’s the big bag—not the single serving, not the ones you see in vending machines. Life in here is a shade of gray, a monochromatic snow globe in which everyone is miserable. Then suddenly there are these bright golden nuggets, baked to perfection, the sharp flavor making me salivate so much so fast it aches. Just one and I can close my eyes and let the memories rain down. My life for these pretzels is an even trade.

Actually, it isn’t. The pretzels are worth more. It would take weeks at my job working as a clerk on A Tower to afford this bag. I make twenty-four cents an hour; these pretzels cost at least three dollars. I am worth nothing—a net negative, in fact. Depending on which expert you ask, each inmate costs the state more than $60,000 a year in housing, food, medical care. The math says it’s rational for me to die for these pretzels. If it comes to that, I will.

I sleep soundly in here, against all odds. I’ve mastered the art of wetting perfect bulbs of toilet paper and jamming them in my ears every night before bed. I never hear a thing. But vibrations wake me tonight, sneaking past my makeshift earplugs, finding their way to my bones. Tonight, I feel what I cannot hear.

At first I think it’s thunder, but it’s too close. I reach a hand over my head and put a palm to the cinder block wall. Violence runs down my arm.

It’s coming from the other side—from the bathroom. I prop myself up on one elbow and fish the toilet paper out of my ears. It sounds like there’s a large animal in there, thrashing and slamming against the walls. That’s exactly what it turns out to be. Humans are just animals, after all.

When I was in middle school my mom made me a lunch every day, and every day I would throw it away unopened. At lunchtime I would run to the greasy, creaky lunch truck that pulled onto the blacktop every afternoon, clutching money my dad had given me, the spoils of divorce in my hand. It was my way of getting back at her—wasting her hard work, showing I was still mad about the screaming, the slapping, the things that happened at home.

Standing there with Faheem, I can picture my mom making those lunches: packing up the foods I like, things she bought especially for me, because she loves me and wants me to be healthy; hopes I’ll have a good day at school. I see the lunches rotting in the trashcan. Apples going brown, lunchmeat going rancid, wheat bread blooming with mold as I run around the schoolyard thinking I don’t need her, that she’s just a burden. Thinking I know it all.

I’ve never told my mom about those lunches. I’m too ashamed. But now I’m thousands of miles away from her and I finally have my chance. I can finally make it right. I can reap what I have sown.

My mom sent me these pretzels. She knows I liked them as a kid and hopes they’ll make me feel better, a little reminder of home. She sends me cards too, even though I call three times a week, because she wants me to have something more tangible than the phone calls. She thinks it’s good for the officers to see me getting mail. She thinks they’ll be nicer to me if they see the letters and are reminded that I have a family too. She wants them to know—just as she wants me to know—how much I’m loved. The only person who’s going to eat these pretzels, while I’m still alive, is me.

Someone hasn’t said, “Excuse me.” That’s all it takes. It’s the young kid who just got to the dorm. He’s not even nineteen yet and walks around with a blank stare, eyebrows lowered halfway to his mouth, trying to pick fights. He rounded the corner into the bathroom and bumped into another guy in the dorm, a man more than twice his size. Later, word around the dorm will be that he was given a chance.

No, he isn’t. He’s angry and alone and doesn’t have anything better to do, standing on the cold cement floor of the D Dorm bathroom at three in the morning, than show how much hate he has to give.

I lie there, feeling the cinder blocks vibrate, listening to the sound of a body being thrown around the bathroom. It’s the sound of respect being taken, a lesson being learned in moonlight. After I get the full story in the morning, I’ll wonder about the kid’s mom—the one who never calls him, never writes, never visits—dead or in prison herself, for all I know. I’ll wonder what she would say if she knew, if she had listened to what happened to her son last night.

Prison—the ceaseless march of physical confinement, retribution, restitution—teaches each man inside that the only way to correct a wrong, the only way to repay a debt, is to suffer. In the Department of Corrections, only pain can answer for pain. We can never be sorry enough, rehabilitate thoroughly enough. But if we suffer enough—if we pay for our mistakes with our blood, our tears, our time—we may be allowed a place where we can finally be forgiven, if only by ourselves.

Albert stomps off down the hallway, empty-handed. He’s smart and it’s midday, so he’s leaving it alone for now. But his bunk is mere feet from mine. He’ll probably stab me in my sleep tonight, while the night guard dozes soundly in his swivel chair. That’s fine. I hope he does. I even fantasize about it.

It would take my family forever to get my body back. I’ve heard the paperwork to pry a corpse from the state is a nightmare. They just won’t let go, even after you’ve died. But eventually my family would get everything sorted out, have a proper funeral, put me in the ground. I’d stink, putrefy, rot. I’d decompose into smaller and smaller bits, the process accelerating as more of my surface area was exposed.

Once I was broken down small enough, I’d slip out of my coffin and down into the soil. I’d travel down, deeper and deeper, working my way past each striae until I hit the water table. Then I’d ride it out west, all the way to California where I was raised. I’d find the atoms that once made up those apples, that lunchmeat, that bread—whatever else Mom wasted on me, everything I owe her. I’d gather them together and tell them what I’ve seen and what I’ve done and what I’ve learned. I’d tell them I’m sorry.

And I’d brag about the pretzels—how he had to pry them from my lifeless hands—and I’d hope that made them proud.

Michael Fischer was released from state prison in 2015 and is currently earning an MFA in Creative Writing from Sierra Nevada College. He is managing editor of Sierra Nevada Review, assistant nonfiction editor of Profane, an interview contributor to Sixty Inches From Center, and a Moth Chicago StorySlam winner. His work appears or is forthcoming in The Sun, The Rumpus, Hotel Amerika, and elsewhere.