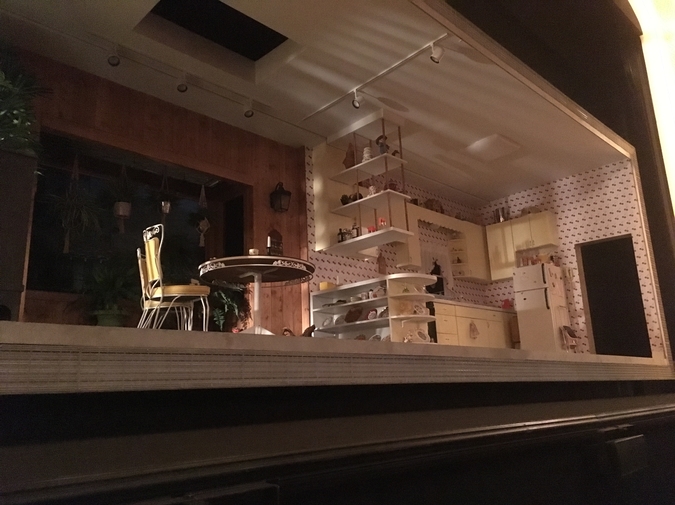 “Abby’s still not back from her bike ride?” asks my wife Melissa from behind an armful of groceries as she pushes open the screen door.

“I would have expected her to be here by now,” I say. “And she forgot her phone.”

Another hour and Abby has not returned.  Melissa phones the coffee shop in town that Abby likes, though it doesn’t really make sense that she would be there now.  One of the neighbors has a granddaughter about Abby’s age that she liked to hang out with, but she stopped coming to the lake several years ago after her parents divorced. Abby really has no permanent connections here other than us.

We look out across the lake; thick clouds cover the remaining patches of blue sky. The weather-beaten Boston Whaler (still not used this summer) bobs near its mooring.

“She doesn’t know the roads beyond the bluff,” says Melissa.

Abby’s biking experience is limited. Tashkent, where we work and where she has just completed high school, is not a biker friendly city.  Despite this, Abby recently locked onto the idea of competing in a triathlon. Abby has been running cross country since middle school--her coach called her the “metronome” for her unrelenting effort, which she never saw as a compliment--and swims across the lake and back almost every day of our summer visits to my wife Melissa’s parents here in upstate New York.  This summer she’s added not only a long a bike ride but also a five-mile run to her routine. The rest of the days here Abby seems agitated, repeatedly asking her grandmother Anne if she needs help with anything. My father-in-law Saul caught wind of Abby’s restlessness and had her painting the back porch steps yesterday.

“I am going to call the sheriff,” croaks Saul, grabbing the rails of his walker, draped with coils of rope, carabineers and his plastic spit cup. Radiation and chemotherapy saved Saul’s life eighteen years ago but took most of his hearing. The cancer itself had already attacked his cranial nerves, leaving his speech slurred and making swallowing difficult.

“Sit down Saul,” I say. “Let’s wait a little longer. Abby would be mortified if she were stopped by the police.” I realize how weak that sounds, but I just want to keep Saul out of this.

Once Saul was a pipe smoking family lawyer with a resonant, authoritative baritone voice and an entrenched, almost Mosaic, moral sense that infuriated some of his money or procedure focused colleagues. Today, Saul pushes a walker around the house, pulls quietly away from conversations he can’t really hear, and keeps a pee bottle by his bed. What is so incredible, however, is that the Saul I know now seems happier than the one I knew many years ago, the man who could protect the children he represented only so much or for only so long. After becoming disabled, Saul moved permanently with Anne to the lake house and his life was simplified. He could focus on his projects: Place handrails on the stairs leading down to the water, reseal the dishwasher, sand and repair the Whaler. Saul still spends much of his day planning projects, most of which he can no longer do himself, and since Saul likes to ask for help--especially from me--without fully explaining where he is headed with his sometimes simple, sometimes labyrinthine, occasionally ingenious projects, his family is reluctant to participate. But we do. “Mission Impossible” is our undying joke.

Saul and Anne’s dog Waldo, a scrappy Griffon, snores on the couch. The living room darkens.  Even on the brightest days here, sunlight surrounds the house but never fully enters. The pie tins pinned on the walls are small, shadowy eclipses: 1993, 1994 1995, 1996, 1997, 1998, and then a gap, 2005.  Family trophies. The inscriptions on the bottom of the tins read, “The Great Cross-Lake Race,” along with the names of family members to mark the winner or winners of the out and back race across the lake on canoes or kayaks. The plates are pushed together so as to cover up the gap, the years after Saul got sick and the boys became more interested in fireworks and waterskiing than in pretending to be pirates crossing the water. In 2005, Abby, the youngest of the grandchildren and cousins, was the only child here, but she still wanted to do the race, despite not having kid teammates or competitors. Even as an eight-year-old, Abby could sense the race was partly for her grandparents, a way of honoring their efforts to make summers so unchangingly special, and she didn’t want them to be disappointed.  Abby could barely lift the scuffed and splintered paddle off the yellow plastic kayak as we crossed the water for what would be the last race. The oversized life jacket floated above her shoulders partly blocking her view, but Abby kept paddling. Anne had sandwiches and lemonade waiting when we got back and Saul was building one of his carefully crafted bonfires that always delighted Abby. Today, the pie tins remain the nostalgic epicenter of the lake house, now that the grandchildren are far-flung young adults on several continents  and often too busy for a summer visit. I’d like to think another generation of kids will be coming to the house, but the repairs are getting to be too much for Anne and Saul to manage and sooner or later they will have to sell.  I know that he would like us to buy the house, and I am pretty certain that Abby would also be happy about this.

Melissa and I have worried for a long time that our moving around the globe has taken something or kept something from Abby. When so much energy is spent on surveying the territory, adapting to the wonders and confusions of a new place, there isn’t always room to develop as a person, only react or rely on old habits and routines imported from elsewhere. Friends come and go and every few years the language and unwritten social rules change, throwing us all off balance. Still, Abby may be the only non-Central Asian teenage girl to have attended a Kopkari tournament (men on horseback fight each other to be the first to drop a goat carcass into a ring of hay on a muddy field); she’s done research on the health effects of E-cigarettes among Japanese teenagers, won a cross country race for her age group in Sofia, and speaks both Japanese and Russian. Abby has seen more and has a broader range of experiences than most adults. In a few weeks Abby begins college in yet another new country.

Saul stopped asking questions about our globally mobile life years ago and I have long stopped trying to defend our choices, to explain that home doesn’t have to be a place, or to impress him with our adventures or how we have remained connected to our international friends.  Saul has nothing against traveling in principle, but rootedness and continuity are much more important to him. This is what the lake house is all about: preserve and protect memories, build something that will endure. Our unfinished argument is unwinnable: we are both right and we are both wrong. Last week, Saul showed me how he has labeled all the pipes and switches in the basement with heavy black markers.

Melissa answers her cell phone: Abby’s fine. She got lost, pedaling in completely wrong direction and then caught in a downpour. Abby finally borrowed a phone from a woman driving a pick-up truck who stopped to check that she was OK.

When Abby comes through the door, she refuses Anne’s offer of a cup of hot tea and wants to get in the shower right away. The bathroom door snaps shut and Waldo lifts his head up from the couch.

"I’m making a harness for you,” says Saul looking at me.

“A harness. Really?” I don’t have much left for Saul’s projects right now.

“So, if you slip when you’re working on the roof, I can keep you from hurting yourself.”

“The gutters also need cleaning out.”

Before the sun goes down, I am up on the roof. Saul has the rope wrapped around him and a tree. Saul can’t grip or pull with any strength, but the block and tackle and his weight, or what is left of it, are enough to keep me suspended in the air, if I were I to fall, which I don’t plan on doing. If anything, though, Saul has made this ordinary task more dangerous. I trip over the rope and the harness digs into my hips. Saul recruits Abby to pick up the small branches that I throw down. It seems absurd to have Abby gather the branches one at a time, rather than waiting until I am done, but Saul insists she stay outside with us. And she does.

Later that evening, after he has gone to bed, Anne tell us that last month Saul spent a week in the hospital to have fluid drained from his now chronically infected lungs and to receive IV antibiotics. She explains how Saul frustrated the nurses by constantly rearranging his tubes and leads. Finally, she had to bring him some pieces of rope so he could keep his restless hands busy.  After a few days, Saul had some of the doctors stopping by asking questions about his bowlines and half hitches.

As we sit together in the living room, our conversation becomes more intermittent: Saul’s uneven, raspy snoring mixes with the chirping crickets as Abby’s phone buzzes with messages from different continents.  Waldo lies in front of the woodstove on the fireproof mat covering the constellation of small burns from years of errant sparks. Saul and Anne won’t use the woodstove until at least late September, long after we have again left America.

There is a good chance this will be our last summer here; Anne and Saul are putting the house on the market and they`ve decided to take out a loan to pave the steep driveway, which makes sense even though deeply worn ruts in the gravel have for years made the dangerous turn near the narrow garage easier to manage. Still, the lake house sinks into a past that becomes increasingly distant each year we are here. And it’s too much for Anne to manage and take care of Saul at the same time.

Next month, Melissa and I are moving to The Hague to start new positions. Abby heads off to university in Berlin.  We’ve rented a small, bright, unfurnished two-bedroom apartment. We’ve heard good things about our new neighborhood but know very little about it. When Abby comes to visit her parents’ home, she’ll once again be in unfamiliar territory.

Dan Shiffman teaches Secondary English at the International School of Hamburg. He is the author of College Bound: The Pursuit of Education in Jewish-American Literature, 1896-1944 (SUNY Press) and a creative nonfiction essay in The Chariton Review.