Hinterland Transmissions: All The Makings Of A Real Bad Day 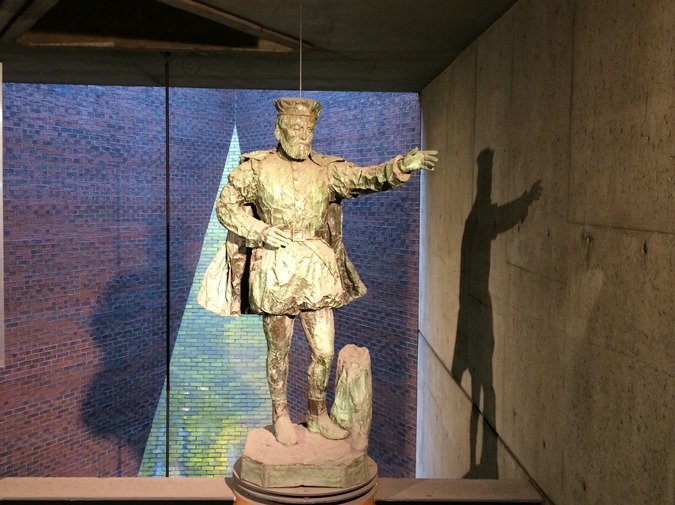 Imagine a crisp Sunday morning. I wake up early. Make the coffee. Roll a joint while it drips. Inhale a lungful after my first sip. When I finish the two. I brush my teeth. Put on my heavy overcoat. My boots. Gloves. All the bullshit it takes to manage fifteen minutes outside. In the cold Québec winter.

I take footpaths flattened in the snow. Backyards on one side. Train tracks on the other. Snow covered tree branches overhead. I walk quickly to the Metro. Ice under my feet. Warm breath a mist in the air. Griping and swearing the whole way. Wondering the same thing every ice cold Canadian thinks. Why did my ancestors choose to come here in the first place?

I've never come up with a suitable answer.

When the path ends. It's down a small steep hill. Sliding the whole way. My laughter ringing out. Echoing. Because so far. It's been quiet. And besides the beaten down snow of the path. I haven't seen any other evidence of humans. It's still too early for Montréal.

That is until I get closer to the Metro. A few other fools out. Bundled up like me. Heads down against the bite. When I get there I'm relieved. And push the heavy door open. Grunting as I do. A noise that's both an admission of my weakness. And one of relief. The cold air no longer nipping at my face.

Down the stairs. Touch my card to the reader. Green light flashes. The turnstile unlocks. I push my way through. Hustle a little toward the escalator. I don't want to miss a train. They don't come very often at this time. Or on this day.

So I walk down the escalator. Modern efficiency. Hit the bottom at a clip. Stumble as I take my first step off. But as always I keep my composure. Pull my phone from my pocket to check the time. Barely nine a.m.

Then I hear it. Loud as the train coming into the station. Fuckinragabagagrrahfuuck. Ah ha. Of course. The unmistakable call of the down and out drunk. I turn my head towards the commotion. At a quick glance I see nothing. Only people milling about. So I walk away from it. Head down.

Anyways. I'm sure it's nothing I haven't seen before.

The monitor hanging from ceiling says I have seven minutes to wait. Must've just missed a train. Ok. Time to kill. I pull out my phone. Perfect chance to get back to the texts I've been avoiding for days.

But I don't get a chance. Ragamagafuckacanttellmewhattado! Jesus. There he goes again. Sounds like this fucking drunk sure is having a hard go. Above and beyond the Sunday morning bounce off rock bottom the city usually has to offer.

Well fuck these texts. They can wait a little longer. I want to see all the hubbub. A certified commotion junkie. So I look down the platform. To the other end. Where a crowd has gathered. Who in unison. In French and English accents. Are all yelling non/no!

Christ. I still can't see anything though. What the hell is this sonofbitch up to? Probably exposing himself. This I got to see. Curiosity piqued. So I start to walk a little closer. One hand out in front of me. My phone still in it. Although almost forgotten.

Then I see it. Some swaying fucker is down in between the tracks. At first I don't believe my eyes. I blink like a goddamn cartoon. When I open them he looks like a lost child. Searching a crowd for his parents. Except this little tyke is drunk as fuck. And gambling with his miserable existence.

Then another outburst. But not issued forth from mouth of the babe on the tracks. Oh no. There's another one. Who up until now had been safely on the platform with the rest of us. And he's not as graceful as his buddy. Because when he climbs down. He face plants between the metal rails.

The oversized bottle of beer in his hand remains intact.

My heart stops. I look up at the monitor. It reads three minutes until a train comes hurtling into the station. I'm certain I'm going to see something gory. Then a woman comes running down the platform in my direction. Towards the emergency telephone.

When it's all over. This quick thinking is what saves a life. And my psyche.

But me. I'm frozen. Like the cold winter wind came into the tunnel. Turned me to ice. As I watch the first drunk down hopping over the tracks onto the opposite side. Hell of a gamble. People from that platform are pleading. Begging him not to die in front of them.

A voice comes over the loudspeakers. Some garbled announcement. A code number I don't know the meaning of. But I hear the words Place Saint-Henri. The station I'm standing in. The word is out. The woman and the emergency phone.

And maybe it's the announcement that does it. I don't know. Or there's a little fear still left in this desperate beast. Because the man who fell. He gets back on his feet. Swaying and stumbling. Taking a much needed swig from the beer in his hand.

There's a look on his face like a man who recently won a battle.

The two drunks stand there. Grunting at one another. No discernable language. Casual though. Like this is the best possible place to await the train. And the rest of us are fools. Playing with our lives.

Then the one on my side. With the beer in his hand. He starts walking towards me. And in my head. I'm screaming. Pleading with every god that ever ruled. To make him go back the other way.

But I guess my blasphemous ways work against me. Because he keeps coming.

And even though the last thing I want to see today is an old drunk die. I can't take my eyes off of him. So when he takes a false step. Starts falling forward. My eyes are fixed on him. Time stops.

One bare arm out in front of him. He tumbles towards the third rail. My eyes squint. I cringe. The blood pumping through my temples is deafening. And I feel more nauseous than I thought was humanly possible. Because I'm certain that at any second. I'm going to see this old bum have seven hundred fifty volts run through his booze soaked flesh.

In my mind's eye. I can't help it. I already see his flesh turned black and crispy. Like some fire roasted pig. The stink of burned pork heavy in the tunnel air. People screaming. Vomiting. Crying from the grief of it all. The only thing missing an apple in his mouth.

And as I'm imagining his grisly barbequed demise. I watch his arm hit the electrified track. I see his skull bounce off the ground. His body crumples down in the dirt and litter. But there's no crack of electricity. Nor the instantaneous stink of flash fried hog meat.

Oh no. Instead he lets out with another pained fuckingavaragashitmrrragrava. This yelp. It get's my heart beating again. Phew. I'm going to survive. But I don't have a clue how he did. He should be on his way to the spirit realm. Not getting another chance to pull himself up from this awful grime.

I give my head a shake. Turn my attention. The people across the platform. They're cheering. They've convinced the other drunk into submission. And he's letting himself be hoisted back up. Like a giant stupid toddler. Taking the strength of four adults. To get him back to safety.

And the drunk on our side. He copies his friend. And does the same. Enough brushes with the end for today I guess. When they get up on the platform. They have the metro police to deal with. Mean French Canadian brutes bored out of their minds no doubt. Jacked on coffee. Looking for anything to do.

They're dragged away with no resistance. Up the escalators on either side. And from where I'm standing. It's like a synchronized event. Life is a beautiful dance I think. Even though I'm shaking. And feel like I might collapse.

I stumble over to the closest bench. And pass the emergency telephone the woman picked up earlier while I was standing there like a pussy. And above it is a lever. Which according to the directions. When pulled shuts off the electricity to the tracks. She must've done this. Saving us all from the stink of that bums burnt hair. And horrific nightmares for years to come.

I sit down. Call my wife. Then text a friend. And by the time the next train comes into the station. I can stand up. My knees only shake a little. The urge to puke less concerning. When the doors open I get on. Fall down into an empty seat. Knowing that today. I'll be looking for a drink a little earlier than usual.

Steve Anwyll's novel Welfare is out from Tyrant Books in fall of 2018. He runs the twitter oneloveasshole.