Him Hiccup, Me Yawn 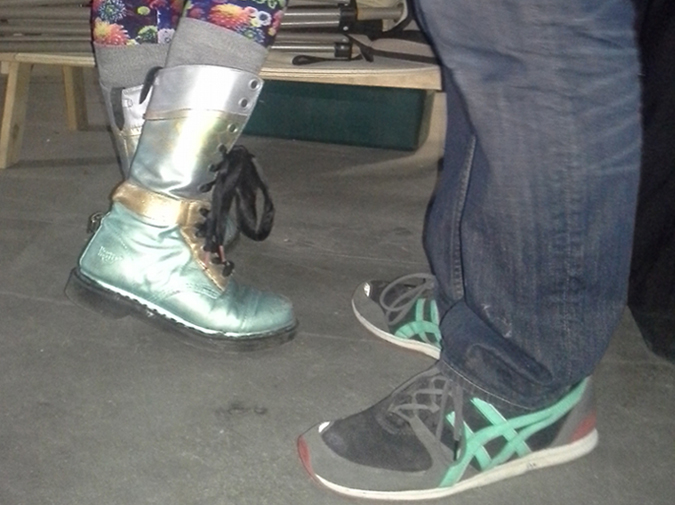 “Fine, but I get full custody of the mustache,” I said, once we’d finished dividing up all of our things: him Chipotle, me the Red Hot Chili Peppers, him macramé, me black clothing.

“What do you mean ‘the’ mustache. It’s my mustache,” he said rounding up all the whiskey and leaving all the gin.

“It’s only yours because I told you to grow it. You can’t keep my best idea. That’s intellectual theft."

“It’s my face and my hair so it’s my mustache.”

His mouth began to foam and I struggled for composure. I’d wanted the Galaxy from the start.

“The fruit too,” I added, with my face in my hands. “And every liquid derivation.”

“Done,” he said and dropped the mustache into my hand. The love we may have lost, but the war iWon.

The first morning with the mustache was the best morning. It complimented my face better than Brian’s, matched my spine and my eyelashes. I gelled the ends to hold their hook in an upright fashion, pursed my lips proudly for the people on the streets who stared, women with reverence and men with fear. There was something tainted about holding on to him this way, in having say over his body. Luckily, it was nothing that bothered me terribly. Publicly, I stroked my victory.

Later, in the fluorescent light of the bathroom I lathered the mustache and tried to scrub out the smell of Brian. I used a space heater too, because though the bed was spacious, the right side of my body was cold. Dinner was at Bolocco and I took up basket weaving, but these were meek substitutions for their better thing. Not even Advil (him Tylenol) could relieve the ache for the days when we ate sunshine and sang the trees upright because everything has its roots in love. True, I could have tried harder to want kids, but it seemed funnier to tell him Georgina was at summer camp, or out with the nanny, remember?

Two days after the acquisition, the mustache started shrinking. I did everything: drank green juice, ate whole cloves of garlic, prayed to the God of my misunderstanding. When finally it was nothing but a soulless patch above my lip I waxed the whole thing off. Only the groove below my nose was exposed but suddenly all of me felt revealed. How foolish to try to be close to his lips, but safe from his mouth. As if love could be so convenient.

A few months later I passed Brian in the parking lot—him Target, me Cold Stone Creamery. He was obviously trying to grow a goatee but it looked ridiculous without the top part.

“Where’s the mustache?” he asked.

I shrugged. “I couldn’t grow it myself.”

“Thank you for your condolences.”

After we passed each other, he called out to my receding back, “You know, I’ve been singing that song wrong for years. The lyric isn’t ‘I’m gonna give you everything.’”

“Right,” he said, sheepishly. “Well, thanks for giving me M. Ward when he should have been yours.”

And in that moment I liked him almost as much as I did before I met him, when we were two strangers on opposite ends of the platform. He was clean-shaven then.

Florence Gonsalves is the author of Love and Other Carnivorous Plants (forthcoming from Little Brown Young Readers in May 2018). She blogs at florencewashere.com and lives with her stuffed animals in the back room of her parents' house.