Hide and Seek, With My Nieces, In the Large and Empty Summer Home My Parents Just Bought 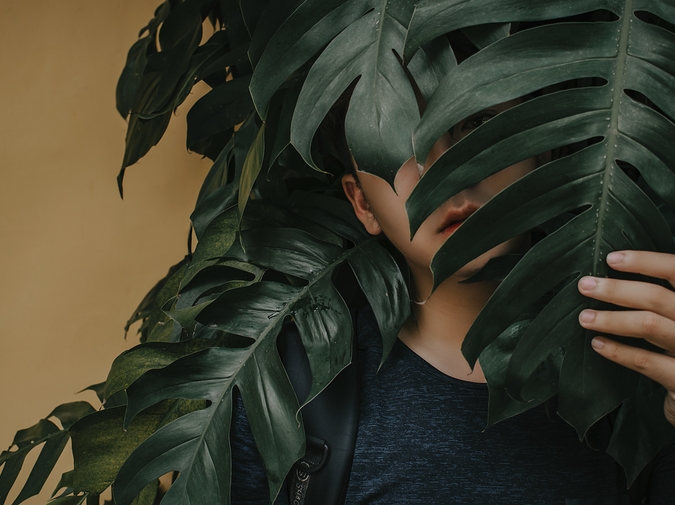 Everyone is out shopping. I’m left sitting. My nieces are small and they are legion and they want to hide themselves in cunning places. They want to stump me good. You’ll never find us, they scream as they scatter and hide. What’s great is that they really seem to believe this to be true! In a giddy flailing procession they scatter up the staircase to the upstairs, down the staircase to the downstairs, into closets and bedrooms and cupboards and behind moving boxes and under piles of blankets. One goes in the den. One goes in the bonus room. The toothy one takes the upper deck and the toothless one the lower. The upper deck is not as nice as the lower deck; up there the sun is unforgiving. The toothy niece will come down sunburnt in an hour. I clock all their spots with ease because I know the girls so well. I could round them up one by one right now in probably under three minutes but then what would I do with them? Then they’d all want to sit in the breakfast nook and take turns playing Connect Four, and wow do I hate the noise it makes when all the plastic pieces fall out the bottom at the end of the game. Better for sure to let them hide, let them whisper breathy to one another, Do you think she’s coming, let them feel their hot little Cheeto breaths wafted back into their own faces by the bottoms of mattresses and the backs of closet doors.

A furniture delivery arrives, as my mother warned me upon leaving for the store that it might, and two nieces who have hidden themselves in a cabinet come out at the sound of the doorbell to ogle the brightly-colored truck in the driveway. The furniture delivery men, though, have delivered the wrong chairs. The niece who smells like pine declares from behind a sheer curtain (clearly she panicked:) Those chairs don’t match. And she’s right. The niece who smells like pine has always been the most perceptive niece. Quiet, says the niece who is afraid of death, I'm watching. The niece who is afraid of death is sitting in the middle of the floor, not really hiding, afeared as she is of putting herself in exciting situations; she sucks her thumb and watches, on her iPad, videos of soft-voiced long-nailed women unwrapping candy. So many bubblegums, I hear her iPad say; Good candy party! The eldest niece is explaining the new Star Warses to a delivery boy while he packs up the chairs that clash with the house. They’re funny now, she says. Star Wars is like funny all of a sudden. The delivery boy is looking at my niece in a way I don’t like. I take my niece aside and ask her if she’ll feed the dogs. She says she doesn’t want to, then goes off in search of a sister to pinch. The dogs come to me for butt rubs and I oblige them. Rub my butt, says my blonde niece, waggling her butt in my face, having given up hiding inside the front-loading wash machine. I’m a doggie, she tells me. You silly girl I say. My blonde niece scratches the dogs under their chins. Do you think they’ll ever turn into people? she asks me. I tell her I hope they will, someday. Will you love them more than me then? she asks. Because I won’t like that.

From the next room, a scream. One of my nieces—the helpful one—has bloodied her palm on a knife. She was hiding in the kitchen, and could not resist the urge to do some tidying up. I was washing it, she sobs. I was washing it to be helpful. I press paper towels into her hand and tell her how brave she is. How could this happen, she cries. I was just being helpful. Wasn’t I being helpful, she asks her sister, the niece with the tantrums, who has, apparently, been hiding beneath the sink. Beneath the sink, the niece with the tantrums throws a tantrum. I cannot see the tantrum but I can hear it. Upstairs two nieces are loudly making pew-pew noises, faking a battle or not faking one. Smoke rises up from the basement. My niece who is a girl scout has has lit a fire in the basement fireplace without opening the flue. She comes to me in tears, her hands sooty. I only really know how to start campfires, she admits. I’m not so good with non-campfire fires. My sticky-handed niece emerges from nowhere to place her hands over my eyes. Guess who it is, she says. I start listing nieces. I list all the nieces it isn’t, and with each wrong name, her joy increases. At each wrong name she shrieks and shrieks. It’s me, she says at last, freeing me from her sticky clasp, it’s me! And when I turn around it sure is.

Alexandra Tanner was born and raised in Florida. The recipient of grants and fellowships from the MacDowell Colony and The Center for Fiction, she holds an MFA from The New School and has published short stories in Indiana Review, Nashville Review, and Joyland, among other journals.