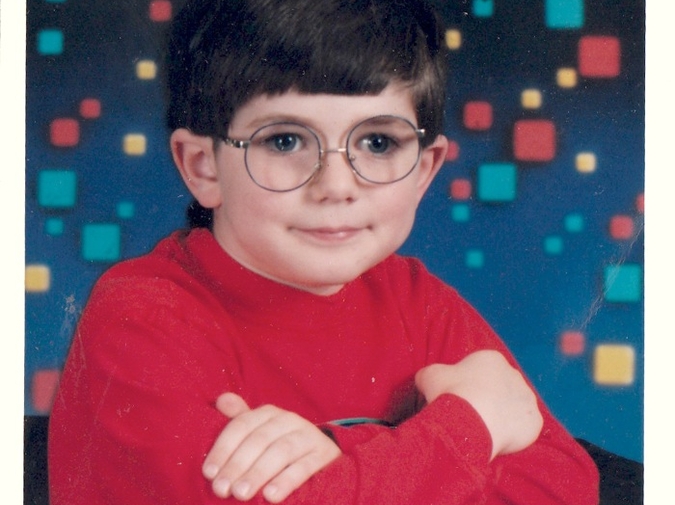 in maybe middle school i started telling my teachers, on the first day of class, that i’d prefer to be called rich. my friends started calling me rich too, because i told them to. i think i thought it sounded more adult-like and i wanted to embody that feeling of responsibility / seriousness. during this period, when our house landline rang and the person asked for rich, everyone in my family then had to remember / make it a habit of asking senior or junior, because my dad’s name is rich also. only a few old friends and current friends call me rich anymore, usually in playful tones / out of habit.

my cousins called me ditch since i can remember, i think, because it rhymes w/ rich. one memory i have of being called ditch is during a wiffle ball game in their front yard / driveway. i hit the wiffle ball really far and they yelled nice hit, ditch! another example is this past christmas, my cousin said sup ditch to me upon arriving at their house. generally i like the name for its obvious junky-ness (a la biker / punk names like ‘roadkill’ or ‘rat noose’) and for warmhearted reminding me of family reasons. i am still called this occasionally by said cousins / aunt (my aunt wrote it on a birthday card to me this year.)

mostly people thought it was funny to call me dick. once the kids in my elementary school found out that the word dick was a perfectly reasonable substitute for my name they would shout or whisper it as they walked passed me in the hall semi to very frequently for a distinct time period and laugh like schoolboys, because they were. i never really cared / showed any reaction when called this, but privately i showed a lazy, non-action oriented distaste for the name and the happenstance that it could be my name too.

when i was 16 i was in a ska punk band. we named our band after my friend / our trombonist, jun park. once, while driving back to my parent’s house after eating taco bell with our band, jun park looked out the window of the car suddenly and said hey isn’t this where dickness lives? it was the first time he called me dickness / anyone heard him say it. the people in my band called me dickness after that, usually w/ a fond sense of remembering the moment jun first used the name. our band was called ‘jun park and the resistance squad’.

i always felt opposed to richie as a name. maybe because of that macaulay culkin movie, richie rich, or maybe because my dad once said he didn’t like the name when i was young and impressionable. while looking up how to spell ‘macaulay culkin’ i read this sentence: ‘macaulay is worth an estimated $15 million and has been estranged from his dad since his parents' split’. the name richie sounds toddler / baby-ish to me / is used, i feel, by people who mean to be intimate / tender w/ you but ultimately come off as silly sounding / seeming. or they are just being intentionally silly. even so, i don’t mind being called this / usually respond to any sound / name directed at me. seriously i don’t care.

while working in the children’s house of a montessori school in columbus, ohio, the kids were trained, via other teachers, to call teachers ‘mr.’ or ‘mrs.’ or ‘miss’ then that person’s name. my class called me mr. richard. several times, when the children would say it, it seemed like i was some other-worldly magical being or like i was from the wizard of oz, like, i imagined the lion from wizard of oz was me. i also felt like mr. bean one time. once, a five year old in my class asked me about my life, who i lived with, what i owned, what i did, and after hearing my answers said ‘your name is mr. richard but you’re actually poor.’

the child who learned that i lived w/ 9 other people who weren’t my spouse / that i didn’t own a car or tv / that i didn’t make much money called me mr. poor for a few days and then forgot about it, i think.