Have You Heard From Our Assassin? 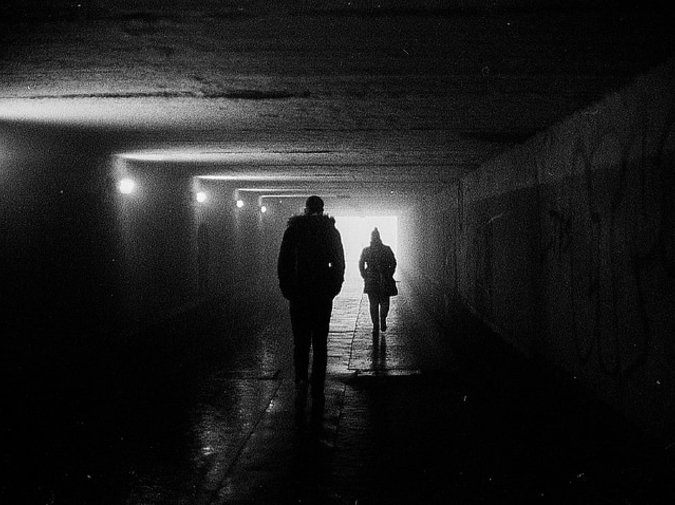 I ask because, of course, I haven’t heard from our assassin.

The last time I saw our assassin, according to record, was more than a month ago, Nov 4th. Evening. By the usual queer means of her preference (trained harbor rat, a leather collar, a message safety-pinned to the collar, etc), I summoned our assassin to the Citadel. We met in my offices. She wore a nice black cloak and a scarlet hood I’d never seen her wear before. I asked her to remove her headphones. The messenger-rat climbed from the table, up her arm, rested on her shoulder, cleaning its paws. I gave our assassin her instructions regarding the target, said target being the Southern witch known to our files as “Sunbeam.” Our assassin said she had heard of the witch Sunbeam. Our assassin said that she heard that the witch Sunbeam was a powerful witch who buried the underclothes of wives and saints in her garden. Our assassin had heard that the witch Sunbeam’s garden grew the very best tomatoes. I told our assassin the murder of the witch Sunbeam, as far as I could see, seemed a straightforward proposition: I told her she, our assassin, would travel from the Citadel South through the countryside to the coast, hop a freighter to Canville, enroll in the local high school, get invited to the prom (not a problem for our assassin, as she is a beautiful assassin), assassinate the witch Sunbeam without detection and by whatever means apt, let the body drop on the dance floor, report back to the Citadel to let the Citadel know what song was playing when the witch Sunbeam’s body dropped on the dance floor. For an assassin as well-versed as our assassin, this Sunbeam killing should have been as simple as the turning off of a light before bedtime. I said that then, and I say it now. And yet now it is almost Christmas, and the prom is long over, and the witch Sunbeam still roams the halls of Canville High, and I have not heard from our assassin.

Have you heard from our assassin?

It has always been the feeling, here in the Citadel, that an assassin is the best tool for the dispensation of witches and heretics. Some prefer to send a priest. Not I. The zeal of a priest makes a priest top-heavy, morally speaking, easy for a witch to topple. But there is no heaviness to an assassin. And there has been no lighter assassin than our assassin.

I’m glad to receive from you this letter, containing as it does such useful intelligence regarding the witch Sunbeam’s modest rise in power among the peoples of the Southern coast, but of course at the same time I’m also disappointed that you, like I, have not yet heard from our assassin.

Though there is some belief amongst soothsayers here, in the Citadel, that we have, in fact, heard from our assassin.

Last night one of the brothers came to me with a strange story. He said he had woken from the dream of seeing a green bird. This green bird had flown at him, in his dream. When he opened his mouth the green bird had flown into his mouth and nested in his vitals. He had awakened from this dream with a strange urge to renounce his vows and become a folk singer. I happen to know that this particular brother, in addition to being a bit of an hysteric, is also colorblind. Do not the color blind mistake the color green for the color red? Was not our assassin, the last time we saw her, wearing a fetching scarlet hood?

We have heard from our assassin.

I awoke this morning to discover a message. The message was a fine silver knife stuck the outer door of my chamber. The knife was itself the message, I say, since I had given our assassin this very same knife for her birthday the year before last, but this knife also had been used to pin a message to my chamber door. It was a message in the penmanship of our assassin, no mistake, her letters clean, upright as churches. The message read: Do you even know what a witch is? Canville High rules.

Have you heard from our assassin?

Let me be more precise about the last time I saw our assassin. Nov 4th. After I gave our assassin the run-down on the wished-for Sunbeam killing, after I patted the head of the trained rat on her shoulder and passed our assassin the portfolio of particulars and informed our assassin she could equip herself in the armoury if she liked (our assassin declined, stating with a “look” in her eye that she was all set on that front), we embraced and said our goodbyes. I would have been distracted by matters of the state for the rest of that afternoon, so forth, on into the evening. After taking supper I retired to my study, where I read upon books of witchcraft and metallurgy and signed pertinent documents and wrote such memoranda as to be delivered next day to court. Later, feeling restive and wishing to take the night air, I took a walk along the forward allure. While walking I happened to glance over the castle wall and there saw a figure in a scarlet hood moving lightly and surely along the canal, heading South. This of course was our assassin, having exited the Citadel through some postern known only to her and to perhaps a couple of her confederates. I watched our assassin work her way along the canal, the sureness of her pace and the steadiness of her form. I felt glad, when I saw our assassin going about her work with such diligence, that she was our assassin, ours and not some other’s. As I watched, our assassin stooped and plucked from the ground what I imagined to be a flower. As I watched, our assassin turned back toward the castle, as if she could feel my eyes on her. She lowered her scarlet hood. You know how our assassin’s eyes are. I don’t have to tell you. It was too far away and the torch-light along the canal too dim for our assassin to have made eye contact with me, or to have even seen me where I stood, but I felt—there isn’t a better word for it—startled by her gaze. So much so that I almost ducked down beneath the battlement so that she couldn’t see me. Instead, and perhaps just as stupidly, I raised my hand to her and waved. At my wave she tucked what I supposed to be the flower behind her ear, hooded herself, turned, disappeared into the Southern treeline. This was the last time I saw our assassin. I had meant to ask her what bands she’d been listening to recently, to ask her where she’d come across such fine scarlet hooding. It had been a moonless night that night and the battlements dark, very dark. The torchlight along the canal was the only reason I had been able to see our assassin at all. Logic told me that our assassin could not have possibly seen me where I stood upon the battlements, could not possibly have seen me wave to her. And yet it still hurt my feelings when she did not wave back.

Josh Bell is the author of two poetry collections, No Planets Strike and Alamo Theory. He teaches at Harvard University and is the recipient of an NEA grant. He's recently placed fiction with Ninth Letter and Black Telephone.