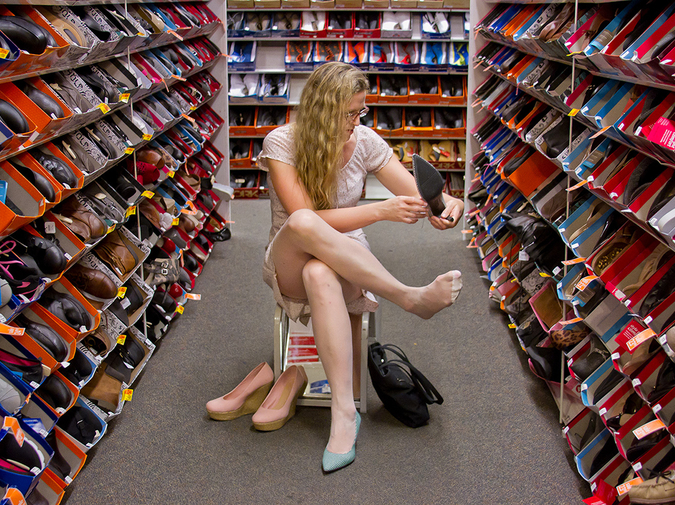 Jennifer Loeber's pictures will remind you of your painful teenage years and introduce you to a woman who wishes she could have been so lucky to have suffered such a fate herself.

“In my mind, my own self-image, is the picture of Jennifer and some of the other girls I knew and admired back then. Girls I desperately wanted to be like. Wishing every day that I could be one of those awkward teenage girls instead of the awkward teenage boy I was pretending to be.” Lorelei, 2016

Years after meeting her as a boy named Robert, I reconnected with Lorelei, now a middle-aged woman undergoing her “second puberty.”

GYRLE is an anecdotal observation into female gender expression. Archival images of my younger self, as paired with those of Lorelei’s new life in her true identity, pose questions about the construction and archetypes of womanhood.

Jennifer Loeber is a documentary and portrait photographer based in New York City. Her work focuses around themes of identity, memory and historical narrative. In 2017 she received a MACK First Book Award nomination for her project, GYRLE, as well as the Theo Westenberger Art & Activism Prize in 2015.