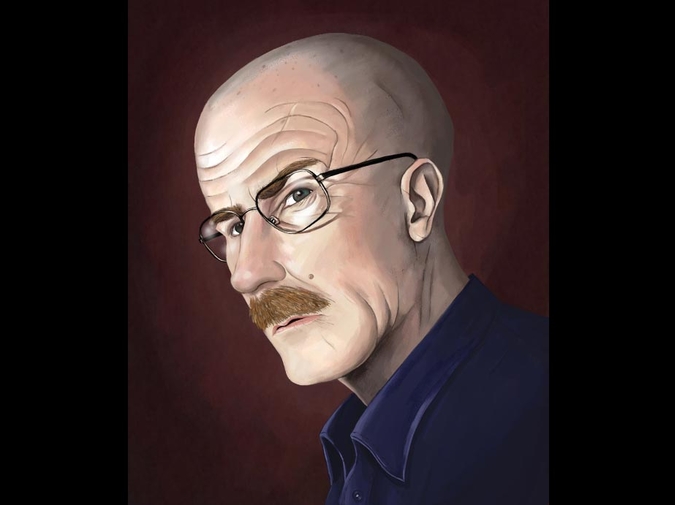 She was The Incorruptible, so named by a senior during the most grueling AP World semester ever. “Just one night off, Ms. L,” whined star student Jasmine, comically sliding halfway to the floor.

“Did Napoleon take a night off before Austerlitz? Did Metternich take a night off when orchestrating The Final Act of The Congress Of—?” The eyes of the two–time Santa Fe Public Schools’ Teacher Of The Year gleamed as if to say, it’s a gimme.

“Vienna!” sang the choir, and Ms. Lollar air–marked one point.

“You expected a night off,” grinned Quipster Dave, “from The Incorruptible?”

“Which epithet refers to whom?” asked the imperturbable teacher, scanning the class with her luminous gaze. None dared dip their eyes, for doing so would ensure being called on.

“Robespierre,” said Maria, a shy girl with an emergent smile.

“Naturellement,” said the teacher, and handed Maria a Lollar Pop. “And incidentally, why do I say `refers to whom,’ and not who? Brandon?”

Brandon’s eyes were on the teacher, but his grammar brain was elsewhere. Pronoun usage could not compete with The Gleeful Grammarian’s tight gray business skirt, crimson sweater, shining blonde hair pulled into a tight bun, full lips painted red and poised to curl up into a generous smile or down into a disappointed little frown, or the geeky black specs which all understood as an affectation meant to make the teacher less intimidating.

“Brandon? Are you there?”

Wrenched back from his lovelorn reverie, Brandon silently prayed that Ms. Lollar would finally succumb to his gallery­–owner father’s offer of an expensive Ghost Ranch landscape if, the doting dad had implied, she would cut his son some slack now and then. “Pass?” Brandon mouthed.

“Whom is for objects,” sighed Ms. Lollar, and entered a thick red mark in her book.

The Incorruptible was just that.

Until Mittens got sick.

It was December and chilly, and Mittens the iguana had been caught in a draft. The result: a listless eye and a ghastly wheeze that to Ms. Lollar’s ear sounded like death throes. Covering poor Mittens with a soft cloth and setting her beneath a heat lamp affected no cure. Administering chicken soup and warm milk with an eyedropper did not help. Murmured endearments and cradling arms failed to restore Mittens’ health, nor did eschewing unsettling nighttime entertainments such as Breaking Bad and Madmen in favor of New Mexican Desert, an ambient blend of coyote howls and Native American flute. A mail–order antibiotic merely reduced the teacher’s cash to near nothing, and an expensive prescription from the veterinary clinic finished the job. A veterinary specialist was needed, but no money was at hand for the fee.

Then Ms. L recalled Jason. The Homework Help Guy. Jason Beene, a slacking former student who had driven her crazy because he was bright but obstinately resistant to her efforts to reform him. It was Jason who had recently been fingered by a D student as the source of two ghostwritten B papers in another teacher’s class. The principal had alerted the faculty to be on guard for fraudulent essays, but Ms. L had paid the matter no mind because she trusted her students completely.

After dismissing the cast of Macbeth following a spirited evening rehearsal, Ms. Lollar recovered Jason’s phone number from a file in the vacant counseling office.

“Jason,” she said in an authoritative hush.

“Ms. L!” Even four years later, even on the phone, Ms. Lollar’s voice produced tremors. “I’m in school, Ms. L! Really! I mean, I took some classes at Community. But I’m learning! I’m—”

Ms. Lollar set KFC for the meeting because it was the last place a teacher who taught Fast Food Nation with a vengeance was apt to be seen by anyone she knew.

“Jason,” she murmured with a cool look around, “I know all about your ghostwriting service.”

“Jason.” She set her womanly hand on his, and he trembled.

“I want,” said Ms. Lollar in the way a different kind of woman might prepare to extract massive concessions from a rich, love–struck suitor, “perfect grammar and impeccable diction. I want MLA style correctly applied. I want cogent essays with thoughtful theses supported by airtight logic and illustrated with pertinent examples. I want a personal and provocative viewpoint. And for the love of god, dude, if you can’t spell a word—”—Ms. Lollar peered at Jason with eyes that radiated intelligence, wit, and authority—“use a spell checker!” Jason stared back like a babe at his mom: trusting, mystified, and completely in love.

Within a few days da kine hit the street, and the legend of the purest essays ever seen in the Southwest spread through the schools like wildfire through the dry summer pines.

“Alright, Ms. L!” grinned Jason, raising a fistful of ones and fives, “one more essay and I get my Halo map pack and two new controllers!” He swiveled on his rusty computer chair eager to enter the print command, since a customer waiting at the drop spot in the plaza had to leave soon to walk the dog.

“And what do you call this?” gasped Ms. Lollar, staring at Jason’s laptop and wrinkling her nose at more than the putrescence emanating from Jason’s kitchen sink. “`Though only six,’” she read, “`Atticus speaks to Scout in a candid and respectful manner.’”

The teacher affected the look of horror that her ex–student remembered too well. “I call it a misplaced modifier, Jason. Unless you think Atticus Finch is just six.”

“Aw is for awful. Now listen, paisan. The only reason this essay mill has gone from thirty dollars a week to one–hundred–ten and rising is the purity of our product. Which means you cook clean, or you don’t cook at all. Is that clear?”

“Good. Now clean up this rhetorical mess before you hit the street, and I don’t want to see one dangling participle, one instance of awkward syntax, or one punctuation mark out of place. And for god’s sake, man—clean up your apartment.”

Two days later Mittens saw the specialist, though the veterinary bill and the cost of a rental car for the trip to Albuquerque consumed most of Miss Lollar’s share of the booty. Back in Santa Fe, Mittens recovered and the elated Ms. Lollar celebrated with a cup of chocolate elixir at Kakawa. It would not be the last, for the team’s take soon reached two– to three–hundred dollars per week. There was a scare, though, when a rival essay mill run by two high school seniors warned Jason that any further encroachments on their turf would result in his bike being crushed like a piñon. They knew not what they had done. For Ms. Lollar took an essay which a disgruntled customer of the rival mill had shown to Jason and marked it up in gory red ink with dozens of comments flagging the grammatical errors, structural flaws, and faulty logic which made it a ghastly exemplar of the ghostwriter’s art. Copies of the devastating document were circulated throughout the underground “grade culture” of the three high schools of Santa Fe Public and all of the privates. Suddenly, the whole turf was theirs.

The celebration of Ms. Lollar’s victory took place shortly after school ended in a basket suspended from a rainbow balloon over Albuquerque. Prudence dictated that Jason not be invited, but seven new grads soared over the desert at Ms. Lollar’s expense and smiled with the satisfaction of possessing cool arcane knowledge when Ms. L reviewed last fall’s lecture on the French fascination with manned balloon flight during the latter days of the Scientific Revolution. And when the pilot poured champagne for Ms. Lollar and mineral water for the grads for a post–landing toast, and asked the group in a rhetorical tone why balloons are always supplied with a bottle of champagne, each student knew that the custom had originated with King Louis, who provided his balloonists with the king’s own vintage to mollify any such peasants as might be disturbed by the landing of a balloon in their field.

“You’ve got quite a teacher,” the ruddy pilot marveled. “The only thing I don’t get is how a teacher can afford a balloon ride for eight.”

Ms. Lollar lowered her eyes demurely, and for a moment her features grew dark as she contemplated how little cash remained.

There did remain enough, however, for a point–and–shoot camera and a car–share membership that allowed her to make the long drive to Ghost Ranch. There the woman just crowned Santa Fe Public Schools’ Teacher Of The Year for the third time marveled at the red rock cliffs that had enchanted O’Keeffe, and framed a picture with Mittens in the foreground. Would Mittens flee? Hardly. Though the desert was her natural home, the iguana loved her owner, who gazed back at her with commensurate love, and asked herself for one uncomfortable moment whether the reptilian gaze directed at her wasn’t just a little akin to that which she saw in the mirror these days.

Jon Sindell writes and reads his fiction in San Francisco, where he curates the Rolling Writers reading series. His fiction has appeared in Word Riot, Zouch, New South, Many Mountains Moving, Prick Of The Spindle, Switchback, and elsewhere. His novel The Mighty Roman is a journey to the manly heart of baseball darkness.

Alyssa Moore (illustration) is an illustrator from southern New Hampshire.  She received a BFA in Illustration from the Savannah College of Art and Design. To view more of her work, go to www.alyssamoore.net.