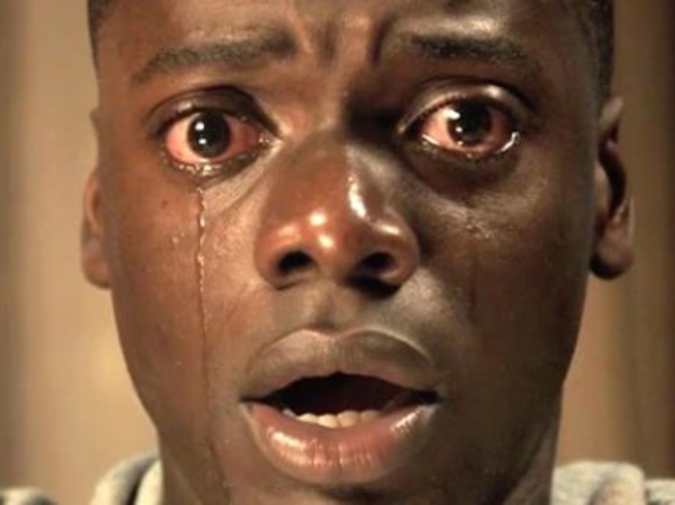 I wore a little valet suit behind the counter at Hollywood Video. Fat lot of good my temperament did me for a career in retail. A customer once grabbed my hands and said they were the only pretty thing I had. The manager saw that and led me down some stairs to the company storage bowel. He transposed my area between a wall and his tie, whispering: “What’s your favorite movie?” “Nekromantik,” I mumbled in defiance. “The book was better,” he replied, indifferent to if there were any book adaptations of the aforementioned title in the history of stores. I believe his point (especially because he resembled the chicken kingpin from Breaking Bad, which would be broadcast a decade later) was the prescient adage: “act like a pussy and you get fucked like one.” “Sir,” I told him, “the only thing I ever respected was my own private funeral in hot pursuit.” And so I quit, graduated high school, spent those savings on a girl, and my life turned into an antonym for begun. Before well-intentioned men failed to sex change me into one of them, I noticed our branch of the franchise (should have climbed the corporate ladder there so I could own more nothing than now) accidentally stocked Pistol Opera, the latest from master filmmaker Seijun Suzuki, a sequel to his all-time greatest avant pulp masterpiece Branded to Kill. The John Wick flicks are as close as big American no-pussies-allowed budgets will come to a Suzuki. I always suspected the goofy beauty Keanu didn’t just toil with his tutors until nothing remained of him beyond what they failed to impart. The sequel (more fun than the The Big Hit) feels like a retread without the minimalist comedy of slaughtering an army for his dog etc. (keeping a pet is as trivial as keeping a lover; they exist to be trained and ignored), until the set piece kicks in, until the stunts punt you, and Suzuki’s influence is ambient throughout cultures lucky enough to behold him, but you know I’m going to say the book was better. There is no money mean enough to embalm this planet into anything remuneratively heteroclite. Whenever a pocket fills, you will only find the unrequited urge for compensation, and I don’t mean the efflorescent genitalia I am mistaken for because I don’t care to succeed; I mean there are no deserved truths. What actually happened is just intellectual dessert. Suzuki took guns to art or vice versa and was promptly fired. John Woo made the ballet go ballistic and for his technical genius was rewarded Jean Claude Van Damme. Not to say the Muscles didn't end up doing Universal Soldier: Day of Reckoning, a legit homage masterpiece. When homage becomes art, it is enhanced by its foundation, not owed to the source, not incomplete because of the necessity of influence. There have been no paranoid thrillers with money behind them since Arlington Road, and no masterpiece of the genre since perhaps the seventies. I refuse to count the teen remake of Rear Window. There’s homage and then there’s pee pee pants. Get Out will be hailed for every political reason, but it placates this culture of competing social fashions that joust the latest taboo from media to media only secondarily, because the film is foremost a masterpiece by someone who didn’t wince while he watched Polanski, and who didn’t comedian-out too much when it comes to wrenching tension into a knock down drag out audience ball kicker. Those who raided the shelves of video stores are reestablishing mainstream weird so well I can only salute backwards. This movie’s a rollercoaster down the caldera of its layering and has the best eyeball acting (special effects?) I’ve eyeballed. There is corneal welling, swelling, leaking, pleading, pupils almost splitting. All our white reasons are made handy and I’m someone forever looking over my florid shoulder. Even the AV Club is a character, strumming a tiny guitar, slurring about how being black in America must be a real horror movie for you people, henh henh! Slap me five! Slap five with not recognizing that you have been portrayed (not that you've ever had a physical altercation), fellas. Me? I just want those sapid fucking eyes.