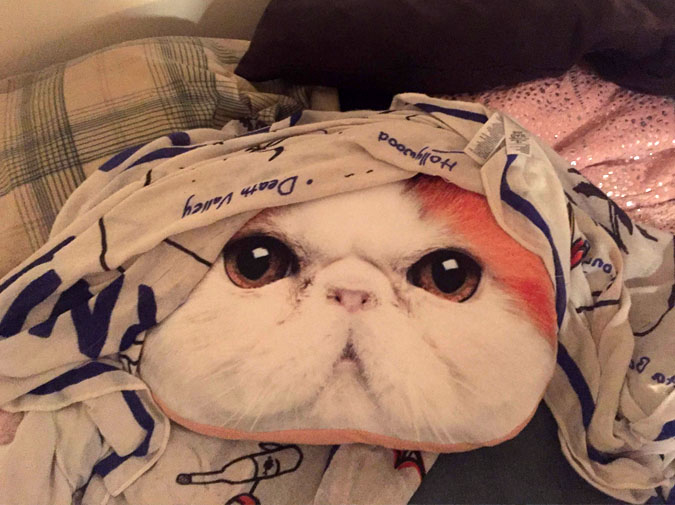 What do you get when you mix and elephant with a rhino?

That joke has always held a special place with me. I first heard it back in prime time when the American Broadcasting Company decided to revive The Muppet Show. As in not The Muppets, but the first time. Back in the 90s. Muppets Tonight. Pepe the Prawn entertains with a joke to that classic Muppet audience that ain’t having it, except for rollicking me who found it to be a laugh riot. Was it the joke itself? The overwrought delivery? Or the fact I was jacked on the Muppets being back on television (always so briefly it seems), seeing how Mr. Jim Henson, God rest his beautiful soul, was next to only Spielberg, Harryhausen, and Tremors (as in that movie with the Grabiods) as the pinnacle of my admiration? Question marks all round. But 90s kid me has held onto it ever since. For 20 some odd years. It’s still in my top 10 greatest joke arsenal, and I’m still working it in when I can:

“Hey, Ryan, what’s that guy’s name that comes in on Tuesdays?”

And if you didn’t hear it before, you sure will now.

Because there’s this guy that frequents our quant little library. I don’t know his name. He usually always wears a hat. And though he’s a bona fide, card carrying patron, he rarely checks anything out. What he wanders in like the lost for is the local paper, and whenever he feels crapshoot compelled to visit and brush up on the big news of our small town, Lord help us if we don’t have that daily unfolded and out. I’m fairly positive we only keep our subscription for him, right? Because we don’t need to give him any more reason to drum up conversation (is that even the right word?) without him divulging complaints into the barrage of what-the-fuckery that comes out of his mouth. He’s a talker but not a sayer. Catch his eye and you’ve unwittingly become an audience of one to join him for whatever incoherent moment or humorous anecdote or shocking revelation that’s meandering through his mind. A literal rambling man riding that stream of consciousness till it’s dry. And it goes on and on. And on. Similar to the run-ons, tangents, and asides that began this essay without the forethought and polish. So when that levee drops, the ebb and flow rushes white water rapidly in a seamless flood of current events and old television programs and town gossip and surfacing memories until you’re literally drowning. Yes, literally. As in someone has to come and save you.

“‘Thank you for calling your local library.’”

On this particular day, he comes in and he’s hit the fucking jackpot because there I am behind the desk. See, he’s got it in his head he likes me.

Supposedly, I’ve been described as an “active listener.” My shtick of politeness. A performance for the front line. “Uh-huh. Right? That’s true.”

And f me when our eyes meet.

I bought the ticket. I take the ride.

Woe is me and such.

Except, on this particular day, I do something different. I take notes, cat like when he’s not looking, on a scrap of paper I’ve titled “Fun Facts” which I slide in and out from up under the keyboard.

But for what it’s worth, if anything, I’ll vouchsafe this fun fact: it’s not once been the same story twice.

Anyway, a century later, he leaves, and I read off my minutes to my coworkers (“You seriously took notes?”) and we have a good laugh. If you couldn’t tell from that amazing joke at the get-go, I enjoy a hearty har. And it was one of those days were we needed one good one.

Flash forward to the nitty gritty: I’m off work, at home, in the bathroom changing when I see my reflection and in pops a thought from nowhere. What will it be like when the old man dies? Will we even notice? I mean, of course we’ll notice, but more as in will we feel a sense of relief in our day to day or will we look back with that bit of fondness that tints harmless memories?

“Hey, remember that guy in the hat that talked and talked? He was on a different level.”

“That guy who used to cut the governor’s hair.”

But then again, aren’t we all weighed down?

Let’s take my manager. She has an empathy that bears the burden of mother love, and not solely for a tightknit few but for seriously fucking everyone, freely, a librarian true and through. She also knows my brother, so well in fact there was a period of a few years while I was out gallivanting when she was closer to him than I was. It’s an unspoken smidge as to why I landed an interview, if not the job. So on top of the minor technicality of life’s day-to-day bombardments, she carries with her an extra special burden for my brother. She and I share that helplessness, that what can you do, that elephino.

But let’s drop him from the equation (dear Lord, not literally).

My other coworker is a badass, straight up strong and confident, insert a witty metaphor that conveys a bravery I can’t fathom therefore can’t compare. And yet, unlike those who lack sureness but for some fuck-all reason are so damn sure of themselves, she’s so full she “can’t see the forest for the trees.” Fact: Stressing this weight is no fun.*

[*Do note, the times she does see the brief clearing in her path of badassery and ascends from up under the load to run freely on a sucker, it’s best to stand the f back. But do keep watch. It’s a glorious thing. However, today was not one of those days.]

So please allow me to petition to the jury of my peers that we three were in need of a good laugh. One that brought on tears of joy like a Christmas miracle, a necessitous gift from God. And may I further my deposition by exhibiting to the facts, and only the facts, that if Mr. Stream can laugh his way through his tales then it’s inappropriate, nay, an injustice to not laugh through their recitation.

See: I don’t know. I once prided myself on being a trivia night database for useless information. Remembering and recounting things. Like some lame one-off joke from a television show I watched in my parents’ bedroom when I was a kid. But now I don’t know anything. At least, not for sure. As in I’m not even sure if Pepe the Prawn was the one who told the joke on stage. Or was it backstage? Or was it Curtis? “You mean that purple dude with dreads?”

Maybe our thoughts and feelings are no different than that man’s memories. They just come and go like life itself. “Go with the flow,” as they say. But fuck me, that’s hard. Especially when that flow gushes any which order from drooling lips. Or drips like chemo into a grayed carcass barely breathing. Or dries up so shallow to where all you can report on is how you’re scraping your ass on the bottom, but it’s fine, you’re fine, you’re so inured you’re boiled frog numb, and the water’s just right.

I read some(f me we’re so inundated I can’t remember)where something to the effect that life is figuring out whether you must learn to float before you can swim or must swim before you can float while faith is jumping into the water.

But what happens when, instead, the water hits you? When Mr. Stream strolls in and spots you? When you light up like a fucking Christmas tree? From Noah’s ark to The Impossible, what do you do?

And until we figure out what that is, we weigh ourselves down with our pockets full of that heavy shit. That burden. That mother’s love. That unseen bravery. That are you sure you’re sure confidence. You strap in, hook up, line and sinker, and you take that tidal wave head on as that son of bitch talks and talks and talks and talks. Because what I do know is when the tide recedes and the devastation becomes the aftermath, we’ll all be laughing so hard we’ll be gasping for air.

Donald Ryan’s words have or will appear in Cleaver, Unbroken Journal, Fiction Southeast, and elsewhere. He’s a full-time part-time librarian in the GA Pines. donaldryanswords.com and/or @dryanswords