from the vault: Two Shorts by Aaron Gwyn 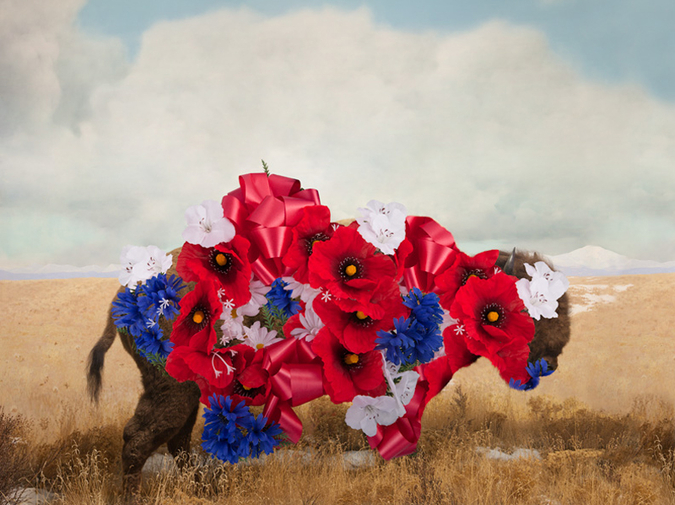 Over the years, I've relayed the "origin story" of Hobart so many times (many times, probably whether people wanted to hear it or not), to the point where at least a good chunk of it is almost surely apocryphal. But one of the things that I always find funny is that I literally had no idea how to find writers and so actually just posted calls for submission on, like, every city's Craig's List. And then a light bulb went off or something and I remembered getting mass emails from my college guidance counselor, and then just starting going through Google and finding english departments and their contact emails and cutting and pasting a dorky mass email and asking if they wouldn't mind passing it along to their students/teachers/whoever. And one of the writers that immediately jumped out at me from those responses, one of the very first people that I really connected with, was Aaron Gwyn. I loved the stories he sent me, and we shared emails that both made me think smarter about fiction and also proved our similar senses of humor, and he recommended people to submit and for me to solicit, friends and teachers, many of the people who filled the first few issues of Hobart and many who have since become some of my favorite writers (Mark Walling, RT Smith, Tom Franklin, Brian Evenson).

I look back on these first couple of shorts we published online and, even more than reminding me of what I like about Gwyn's writing (though they do that also), they take me back to that first year or two of Hobart, when I had no idea what I was doing and was, with every received email, still baffled anyone was sending me stories at all, much less the occasional piece of writing that totally blew me away.

Today she decides she's going to stand at the table while father and I are eating. She decides she's going to stamp her feet and point. Father doesn't pay attention anymore; he wipes the corners of his mouth and sniffs. There are days he will take his plate into the den, but this evening he doesn't move. He stays where he is, staring out the window.

When mother gets louder, he turns towards me, gives a look, as if to say, I don't know what she wants either. This only causes mother to become more upset. She begins tapping my shoulder and pointing to her face. I turn and she widens her mouth. I can see down into it. I scoot my chair closer to father, but he looks away. I stare into my plate, try to picture other places as I feel mother squeeze in between us, rubbing against my shoulder. She lowers her face to mine and the sounds come louder.

I begin looking at my saucer, try to imagine myself living down the street at a neighbor's house. I imagine white curtains and bedspreads, mothers who, a little on the fat side, spend their afternoons talking on the phone. They play bridge, pick their children up from school, kiss their husbands on the lips. They do their housework to music and deliver their meals with a smile. At any moment, their faces are ready to split with laughter.

It is a nice image, but thinking it does not help. Mother's screaming just comes fiercer, higher in pitch. I lift my eyes from the plate and begin staring at father. I try to shut mother out and concentrate on him, concentrate on my eyes saying, make her stop. Why won't you make her stop? I look at him until he turns, sees me staring. He clears his throat. His face is beautiful and kind, and his voice, when it comes, is melodic and deep. There is such music in his voice as he asks me to pass the salt, that my fingers dance to the shaker, send grains scattering across the oak.

Closing Time at the Diamond Cabaret

MOST NIGHTS, THEY LEAVE IT A MESS. Streaks up the brass, arm and leg prints, every now and then a hair. No one notices. Bathroom's all they care about, whether the floors get mopped. Randall, they'll tell me, sink's clogged. Randall, they yell, someone's spilt beer on the pool felt.

I don't mind. Doesn't take three hours to clean the place front door to stage. I trash the bottles and baskets of chips; wipe the counters; dump the ashtrays. I take Windex to the mirrors, the pinball games, the juke. Lastly, I walk up and give the pole a swipe; once a month, get hard on it with polish and a tube sock. Not that they'd care. I could let it go grease-smeared and blurry-nobody would say a word. Have it standing there Liberty green-Good job, they'd tell me. Smells like a church.

You'd think at least the girls would notice, but the girls don't notice. They don't see anything but all those singles, folded longwise and shoved at their clefts. Not that I would either, carrying out my earnings in a duffle. That kind of stash, I'd have a hard time seeing the sun

It's fine. I don't clean for the credit. Not going to win employee of the month. Not expecting the President to phone. There are times I don't know why I do it. It takes me fifteen minutes; longer when I polish. I have to get a chair to reach the high parts, lie on the stage to get down low.

But some nights, after close, I'll work with the jukebox playing-Aretha Franklin, Johnny Winter, anything with groove. I'll start waxing and polishing, rubbing off the day's smudges, the thousand handstands and shimmies. I'll wipe and wipe until I can see my face gawking back at me, shine until I can read the beer signs reflected from the bar.

There are others I'll put on something a little softer, and after I've buffed it, drained a few beers, I'll give it a go. I'm no dancer, you understand. A lot of them aren't, either.

I'll go up, wrap both legs around, shinny to the top. I'll give a grip, tilt my head, and start to twirl. It's like those toys as a child, spinning cross-legged around the handle, spinning so hard it makes your balls go heavy.

Not that it's so much the spinning. Being up there's the thing, which, besides the cash, must be what keeps them doing it. Hard not to, with all those lights stringing out below. Hard to pass up, with the tables and music strobing past, the smell of ammonia drawn towards you like a fan.

Aaron Gwyn was born in Tulsa and raised on a cattle ranch near Little, Oklahoma. He is the author of a novel, The World Beneath (W.W. Norton), and a story collection, Dog on the Cross (Algonquin Books), which was a finalist for the 2005 New York Public Library Young Lions Fiction Award.