from the vault: Belly by Glen Pourciau 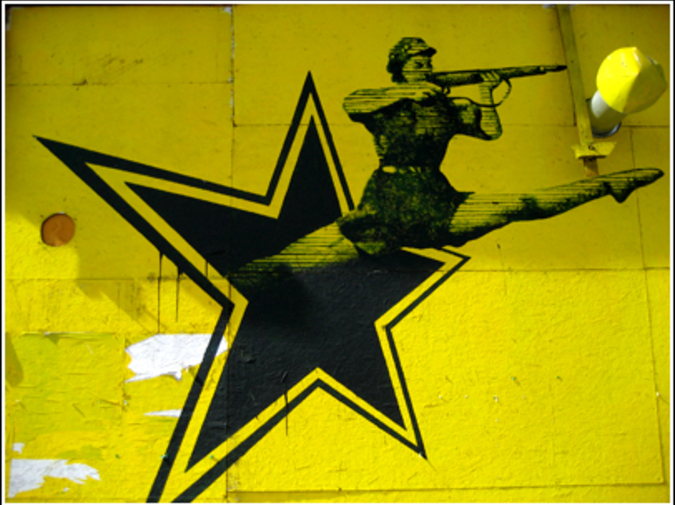 We’d just eaten a steak dinner.” That’s the first line of Glen Pourciau’s “Belly.” I remember the first time I read that sentence. It was the summer of 2008, about a month before my family and I moved back to the US from Stockholm so I could go to graduate school for my MFA. I was up late, reading submissions for an upcoming issue of Hobart. I think it was June. I was tired and anxious about the move, but feeling lucky and excited too. My eyes hurt. I was working as a translator then, so I spent my days sitting in front of the computer, working my way through quarterly financial reports and new share issues and other kill-you-too-young boring kinds of texts like that, and at night I’d come home and try to get some writing and reading done. My eyes were always tired. “Belly” was the last story I read that night. I’d been reading for an hour maybe, not too long, but it was late and I was tired and outside the sun had only just gone down and it was almost dark, and I was feeling guilty for not being in bed. Then I opened up this story and came across that sentence and I couldn’t let go. It’s such a simple sentence. But it holds so much. And the further I got in the story the more I started to see just how much that first sentence was saying about the story itself, about its characters.

“Belly” seems at first like an easy story. A husband and a wife, having just finished a steak dinner, are sitting at the dining table. They’re finishing their wine. The husband lights a cigar. He’s complaining about his assistant at work. We never hear him talk, though, which is a brilliant move. The wife, who’s narrating, and whose head we’re anchored wonderfully and tightly inside, starts thinking about this assistant, and about the husband and his affairs. The cigar smoke fills the room. And the story unfolds the way this wife understands her husband and those unspoken, mysterious interactions between people who know each other as well as married couples do. It’s an uncomfortably intimate story, and one that is so convincing in spite of its length and the single scene that comprises its dramatic action, that by the end, the strange note that Pourciau ends the story on hits about as close to perfect as I’ve seen.

We'd just eaten a steak dinner. I'd handled the salad and the baked potatoes, my husband had grilled the steaks. Bottle of wine on the table, a few drinks for him before dinner. My husband, veteran of many cocktails. As usual, he finished his plate first and shoved it away from him while I was still eating. He lit up a cigar, rolled it around in his mouth as he moved his ashtray in front of him, and then unbuttoned his shirt and rubbed his hairy belly and groaned. He knows I don't like to see his belly at the table, but when he's in the mood he unveils it anyway. I picked up the wine and refilled my glass, and he pointed a finger at his glass and I topped him off.

Puffing his cigar, he began to hold forth. He likes to hold forth after a good meal. My role is to sit quietly, not to ask questions, interrupt, or answer the phone if it rings. If my knife or fork makes a sound on my plate, his eyes go to it. We're a perfect match: he doesn't notice if I don't listen to him and I don't care what he's saying. I'd picked up that he was again complaining about his assistant, a subject I was sick of, but I didn't bother to follow the thread of his latest story. Instead I asked myself what he would do if I pulled off my top and unhooked my bra. I could prop my breasts on the table, dip them in some of the butter that had oozed out of my potato. How would that grab him?

I knew why his assistant was on his mind, knew that he wanted to get her into a hotel room. She was married and had a son, but he wasn't going to concern himself with her family, they weren't on his radar. I knew about some of his affairs, probably not all of them, and I'd seen his assistant and knew what he was looking at. If he put up with being annoyed by her there was only one explanation for it. He'd just fire her if he didn't like the way she did her job, unless he had a reason to want her around. Without listening to details I could tell she couldn't stand him and that she challenged him. I studied his stuffed belly and the pits in his face as he slurped down a mouthful of wine, smoke swirling over us. I pushed my plate away, unable to properly taste my food, but he didn't seem to notice my movements.

Based on what I'd heard of his assistant, I liked her attitude. It occurred to me that I might call her up, ask her to lunch and hear what she had to say about him, and what he might have said to her, but I hesitated to put her in that position. She probably needed her job and wouldn't want to say too much and then have to worry I'd rat her out to him. But I remembered that when I met her she'd made eye contact, and there'd been a question in her eyes. I didn't know what the question was at first. I wondered if her eyes could be asking if I suspected her of having an affair with him, but that didn't seem to be it. Her gaze stayed with mine, and I took that to be her effort to estimate the connection between us. She wondered if I was on to my husband and whether I'd show compassion in the way I returned her gaze. I did try to show compassion and I think she looked at me with compassion.

The orator before me continued with his rendition, addressing the air in front of him on the topic of his bothersome assistant. She didn't look like a blank page, and I supposed that she had too much to say of her own to keep quiet around him. I wouldn't know exactly how much I might admire her until I talked with her, and I decided then that I'd ask her to lunch and see what happened. I could get personal if she wanted to or I could be diplomatic if she preferred that, but there would be an undercurrent there, a link, I could feel it already. I thought of places we could go and what I could wear to set the right tone, and I made up my mind that I wouldn't tell him what I was going to do. I didn't want him to get in the middle of us.

I felt a smile coming on, and the smile seemed to muffle his voice. I pulled off my top and took off my bra and threw them aside. I shook my hair back into shape, the smoky air on my breasts. He kept right on talking.

Glen Pourciau's short-story collection INVITE won the 2008 Iowa Short Fiction Award and will be published in October by the University of Iowa Press. He has stories in recent or forthcoming issues of The Paris Review, The Barcelona Review, Salamander, Triquarterly, New England Review, New Orleans Review, and other magazines.