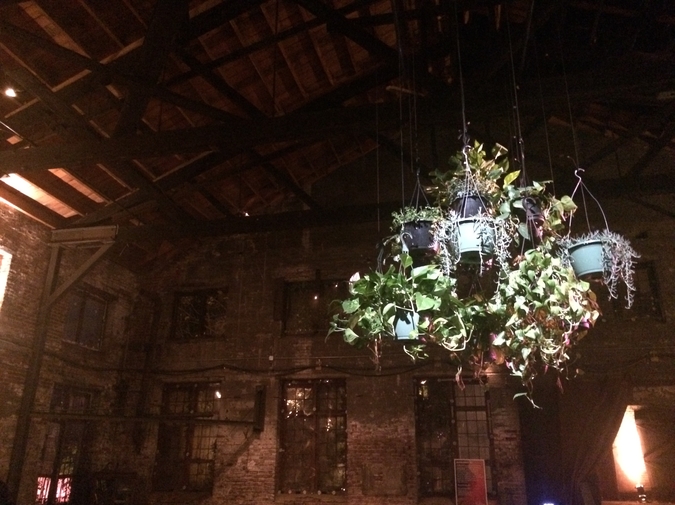 New Years Eve is the worst holiday of the year, and it gets significantly more terrible the older you get. There’s this pressure that you must have the time of your life, and if you’re not having fun you’re doing it wrong.

Clubs, bars and restaurants take advantage of this quest for a good time by throwing ridiculous parties and then charging buckets to get in, to drink their watered down drinks and dance to their crappy music. Someone will spill their beer on you, and step on your foot. You might lose your phone or your glove or even your purse. A dude you don’t want to kiss will be trying to kiss you.

As horrible as these events and parties are, you go because it is implied if you stay home, you’re a loser. So you doll yourself up and you go out, in a mini-skirt, in literally zero degree weather.

I also hate New Year's Eve because this holiday makes me vomit and I am not vomitter. I hate vomiting. I think it’s the champagne mixed with wine.

Out of the 20-plus New Year's Eve’s I can remember, only a few were awesome, and even those had issues. I was too young for this loft party my mom took me to in 1999 back when we were living in NYC, and the party was totally like the Prince song...for her. I became really cranky after 10pm because I was 14 and fell asleep curled up on a couch in this really uncomfortable two-piece pale green beaded chiffon outfit my mom picked out. Sure, it looked nice, but it was very difficult to sleep in. That is the strongest memory I have of that night.

I had a great New Year's Eve in this city at a party in the West Loop, also in a loft, but it was really far from public transportation and there were no cabs after 2am so we ended up walking. There were hundreds of people walking too, but more like drunk stumbling on the ice with us, and the scene reminded me of a zombie apocalypse, quiet and eerie. We finally got a cab in Lincoln Park. I remember the walking the most vividly for how it sobered me up so quickly.

My most recent “good time on New Year's Eve” was about 5 years ago, with my mom, in Vienna. We flew to Budapest to visit my family the year my birth father died. But don’t feel sorry  -- he was a bad man. Like, in the “my mom had to file a restraining order because he’d beat her, kidnap me to teach her a lesson, run around with mafia-types shooting guns and stealing until the US extradited his ass” kind of bad. His cancerous death was karmic retribution. We were in Hungary to see his grave, which I did not spit on, and I’m proud of myself for that.

From there, my mom and I decided to take a bus to Vienna because we just couldn’t handle my drunk Aunt Marika, whose house we were staying in. She was my birth father’s sister and an alcoholic, in a family of Eastern Europeans so you know that’s bad.  The night before, she got so drunk that she cut her head and face. While we were getting ready for bed we heard a loud thump, and when we ran downstairs we found her on the floor, bleeding, from the broken glass or the table edge, or both.

I remember my mom saying, “We need to get the hell out of here.” The entire trip had been incredibly depressing, so we decided to do something fun and spontaneous, and go the extra mile on New Year's Eve. We wanted to have an adventure. We decided to go to Vienna for the night. It was a 3-hour bus ride.

Less than an hour into the bus ride, a small yellow car pulled up beside the bus and started honking. The car then made like it was going to swerve into the bus, then drove in front of us and started braking violently. Our bus driver started cursing about this vehicle and how he was trying to run us off the road and what a stupid move that was. He was in a Soviet-era vehicle and we were in a large bus, so we’d surely just end up crushing him. A young woman near the rear then screamed, “Don’t let him on the bus!” She explained she was running away from him and they just had a fight. The driver instructed her to hide in the bathroom. My mom and I looked at each other, wondering about the situation, but it wasn’t a case of abuse -- it came out she had stolen the equivalent of 50,000 dollars from the now ex-boyfriend, and was keeping it in a blue and white shopping bag, which she took with her to the latrine.

The bus driver successfully lost the angry man after 15 minutes by taking an earlier exit off the the highway. The woman got off at Győr, a city located by the Slovakian border. My mom and I  laughed about the incident, but we were also disturbed. We were going to Vienna to escape this type of behavior, but there it was on our bus reminding us of our past.

We arrived in Vienna an hour before sundown, and hit up a local grocery store for snacks and liquor which I carried in my large purse. We ambled about the beautiful city streets for hours, through the commercial district and palace grounds, and got drunk off Peach Schnapps to neutralize the cold. We purchased little handcrafted glass piggies, which locals told us they considered good luck for the new year, and we heard there were going to be fireworks somewhere, but were too drunk and cold by that point to look for them, so we hunted down an affordable hotel.

The one we found was ancient and hadn’t been renovated in decades, and while it was cool many famous writers had stayed there, according to the concierge,  the run-down, dirty beige and red hallways reminded me of the Shining. As intoxicated as I was, it took me a while to fall asleep because I was terrified the room was haunted. In the space between waking and sleeping I then had a nightmare where my birth father’s ghost was looking at me from the foot of the bed.

Even with these three technically “good” New Year's Eves, the strongest impressions left on me are the negatives. This is not something that's specific to me; this is human nature, to remember and share the negatives.

While working in the service industry, a saying I heard often was,  "Satisfied customers will tell one to three people about their experience, while unhappy ones will tell 7 to 10.”

Science tells us the bad memories and experiences stick with us longer, because there is a stronger emotion attached to them than happiness. While most memories deteriorate, the ones where we felt something intense, like fear, anger or sorrow, do so at a much slower rate. Negative memories stay in tact the longest, meaning we remember them the most accurately.

This isn’t because our brains hate us. Our brains do this to protect us as a survival mechanism in the event we encounter this situation again. I will never again try to sleep on a small couch in a two-piece beaded chiffon outfit, for example.

My brain has been telling me New Year's Eve parties are a bad idea for a long time now. So this year, I took its advice, stayed home on the couch and watched a movie and some reality TV, and had a genuinely pleasant experience without even thinking about it. It was a night I won’t remember, and I’m okay with that.

Fruzsina Eördögh is a freelance writer, digital culture connoisseur, and correspondent for CSM's Passcode. She currently lives in Chicago with her mate and her cat.