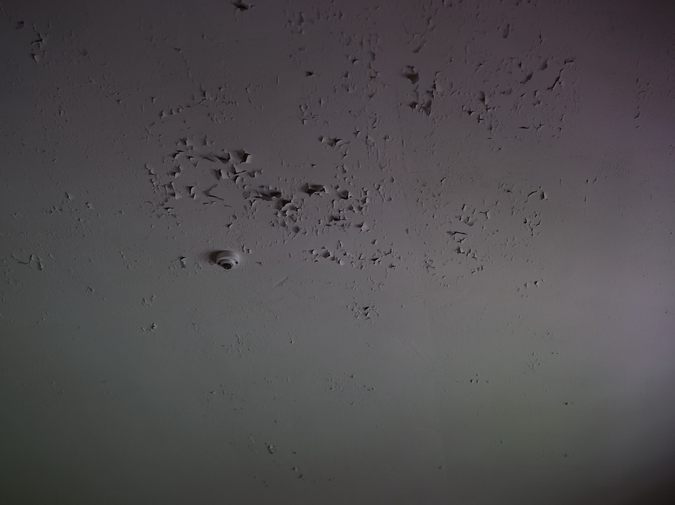 Do you ever make pieces of origami, folding a sheet of paper over and over intentionally? Do you feel silly? Do you question each fold, or trust that the folds will add up to the frog or the bird you were promised?

These are leading questions. You are at least familiar with origami, and maybe also with laminated pastry dough, the flaky fabric which croissants, danishes, and crusts are sewn from. Arguably a more delicate folded art, laminated dough is composed of layers: dough, butter, dough. A series of folds multiply these layers until there are more than eighty pressed densely into a brick that is rolled out and trimmed and formed into different shapes.

Why do we do this? Well the folding develops the gluten in the dough, also called tension. Each fold and added layers of butter, result in another delicious flake.

The moon comes from the Austrian kipfel, a crescent shaped cookie Austrians baked in reference to the moon on the Turkish flag, celebrating the end of the Ottoman empire. But I don’t really believe that. The origin story for a single pastry within a culinary culture is a hazy history to trace. Supposedly puff pastry was invented by a Frenchman who moved to Italy, and Italians brought puff pastry to Vienna. An Austrian moved to Paris and sold Vienna bread and crescent cookies baked in a steamy oven. Marie Antoinette ate the flaky pastry of her home country. Viennoiserie was a sweet breakfast for rich and fashionable frenchman, even after Marie Antoinette lost her head.

The connection to the aristocracy, the gross national pride for a baking technique stolen from other countries, the ugly dominance and pervasiveness of occidental culture, a remnant of colonialism… affirms my bitter feelings for sweet bread that’s more trouble than it’s worth.

Baking croissants reminds me of a ritual I performed as a child, making mud pies in the dirt patch next to my house, drawing a little puddle with my mother’s watering can and slopping the dirt around into a thick pasty mud. I tried to shape each pie in the same way: rounding and patting it, picking it up and plopping it on a rock, rounding it again, and leaving it to bake in the sun. I did it all with a silly confidence. It was part of the ritual, part of playing.

Laminated pastry is not an intuitive process. I feel the need to perform confidence again, to pretend it will all work out because I am totally blind and cannot see the end result. I pretend there’s a reason to my work, when in reality I’m a pig slopping around in the dirt. Each failure hits like a wallop, like being boxed on the ears.

Recently I learned a great secret for making croissants. Share this with anyone who is trying to learn how to bake any laminated pastry: first make a loaf of sourdough bread from scratch. Or better yet make croissants from wild yeast, from sourdough starter you cultivated. Ruin them. Waste the flour and butter. Then after a week when you’ve forgotten the shame of that dense brown clump, those smushed hideous butter blobs, make croissants with active dry yeast. You’ll be blown away by how remarkably easy it is.

Now I have a system and a story for each step of the process. In lieu of intuition I make a bitter joke helping me memorize bends in the road. I’m still mad it costs me so much.

I didn’t know the secret the first time I tried to make croissants. It was the early 2000s, and Martha Stewart didn’t have many video recipes available. People read recipes. I was old enough to stay home alone but not old enough to drive. So I kicked around the house, jogged around the neighborhood like an older woman conscious of her weight, and I cooked experimentally. The extra pounds of butter leftover from christmas cookie baking would be croissants, the fantasy of every teenage girl with desperate dreams of sophistication.

I didn’t know the word beurrage, but I sloughed together butter and flour like I could make an uneducated guess. Ignoring the centimeter measurements for the length of the dough, I folded and rolled with a blind and hopeful confidence. It was boring waiting for the dough to be cold, so I didn’t. The butter squirted out with each roll, and I told myself this was normal. The dough tore with each fold. I couldn’t get a good grip on it because the butter was all over my hands and pants where I wiped them. My confidence crashed down and I saw a tear fall into the greasy dough pile. Fearing the extra salt, I wiped at my eye. It stung, butter sticking to my lashes, staining my eye. Tears dripped into the mess. Pushing back my hair and streaking it with butter, I mashed the dough angrily.

When my mom got home there was butter on the bathroom door knob and ugly cookies on the stove.

There can be a sadistic twinge in epic failures like these. In pulling the yarn out of a piece of knitting, unraveling each careful, pinched stitch, row after row. In watching your house burn down room by room, and picking up a handful of hot ash from the rubble and spreading it on your cheek.

My friend who worked at a bakery told me with a guilty pleasure that he accidentally dropped a tray of croissants once, so he stomped on each wasted one with hungry illicit glee. Their buttery bodies like unwanted babies breaking apart on the ground, it was the most expensive bubble wrap he ever got to pop.

Despite the rare delicious sadism, baking croissants is mostly a study in self doubt, in measuring up, and dealing with the constant suspicion that I won’t.

I think we like eating them so much because they make us feel rich. If only for a few moments when we bite this careful magic, a wrapped present conjured from flour, butter and air, we are Audrey Hepburn in Givenchy casually brushing crumbs off our thin gloved hands.

My friend asks why I bother making them, why anyone would bother to make something by hand that could be mechanized and mass produced or easily procured at a shop. Why do you keep hitting yourself in the head with that hammer he asks, because it’ll feel good when you stop?

I wonder if the croissant is my lucky surrogate, an abstract metonymy, dough rolled and folded and given time to rest like the delicate only-child I wish I was?

Unlike chocolate chip cookies or a loaf of sourdough peasant bread, other children of invention and cultural adaptation, croissants have a platonic form: there is a notion of a croissant which all croissants are an attempt to replicate. It is glossy and hard on the outside, a perfectly wrapped package, you should be able to tap on it with your fingernail and hear a hollow sound. Deceptively light, you eat it by flaking off layer after layer, and the shell breaks apart scattering, or you break it in half and look at its buttery innards, a feathery web of dough.

Here I will conclude because there is no conclusion. There’s something about the croissant that is so consistent, the process and the finished product itself. Like dancing, making croissants is an experience of life as art: the performance of a ritual. I will not avoid the things that cause doubt, rather I re-enact these rituals, I live with the doubt and conjure sufficient faith to make the folds anyway.

Emma Terhaar is a writer living in early 2000s Chicago. Read her blog at EmmaFauxFemma.com.