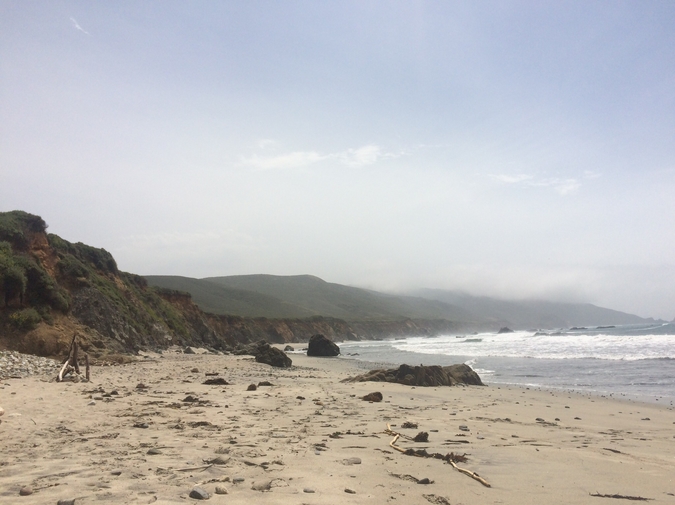 I always knew I would wash up on an island. This one is on the treacherous tip of the Outer Banks, the Graveyard of the Atlantic, where pirates raided and hell-raked back in the day. There are pelicans and fig trees, but no undertaker. An old man measures us so he can build our cozy coffins, a serious, delicate business. Poor Mr. Sancloth got measured too early, and by the time he croaked, his back was hunched and we couldn’t get the lid on. No one had the heart to break his bones, so the coffin man made another and Mrs. Sancloth keeps the spare in her living room filled with fig preserves. She says she’ll use it herself when the time comes. Folks here are helpful that way.

Because we are a community that buries our own, we are pretty upset about the floating feet. They began washing ashore more than two years ago. On the beach at Springer Point, the sea spit out a human foot that stomped on some child’s sand castle. Other feet have washed up around the island, and we’ve started drawing an unsavory sort of tourist enthralled with the lower extremities. Last week I found foot number nine at South Point, where I look for Scotch Bonnets. Looking for seashells is relaxing, and relax is what the doctor says I should do, after the sad business with my husband and daughter. I walk the beach at low tide, looking, the ocean keeping time like a metronome. The ocean speaks, but I would never tell what it says, as I crouch close, scanning the sand, listening to the murmurs rolling up from the inky depths. Last Thursday, I was sea-shelling, and the ocean coughed up a foot right at my feet. It was wearing a hiking boot. The lower leg bone was still attached, jutting up like driftwood. Most have had on running shoes. What were they running from that chased them straight into the sea? Speculation abounds—human trafficking, the mafia, a foot fetishist serial killer. The coroner on the mainland says it’s probably suicides or accidents, that “the disarticulated feet most likely separated naturally in the sea.” We are not convinced. Most of the feet are men’s, which is somehow surprising. Only two have been from the same person. There are so many feet without their mates, and we cannot bury them in shoebox-size coffins that we would be honored to build to measure. But the feet are being held as evidence, of what nobody knows.

When I lie down at night, my brain is full of feet. Is it a form of prayer to the feet that can no longer saunter in the sand and only bob in the sea until they wash ashore like all us lost disarticulated things? I loved the husband who died; he always had two feet on the ground. My daughter’s little feet, I must not think of those. I wish I could massage their feet back to life, the way Amy does for Sethe in Beloved. Paul D, when he finds out what happened with the baby, says you got two feet, Sethe, not four. Paul D is mistaken about this distinction between humans and other animals. Some monkeys walk on their hind legs quite easily, and drop on all fours when it suits them. All that separates us from primates is being eliminated—language, empathy, solidarity, culture. Some say it is a spiritual situation, that nonhuman animals cannot imagine the world without themselves and do not know that they will die. Every morning and night, I tell myself, remember, you will die. Then I think of the floating feet. My mother always told me to wear underwear I could be caught dead in; now I worry about shoes. I want a boot like the one attached to Frida Kahlo’s prosthetic leg. It is a beautiful scuffed reddish brown boot, embroidered with green and orange silk. Two jingle bells are tied to the long laces. Kahlo painted self-portraits with spider monkeys; she knew what was up on the biped and quadruped fronts. She probably thought about it more than most.

My daughter’s perfect six-year-old feet would have floated like feathers. When I was her age I had a rabbit foot good luck charm. I thought it was wonderful, not gruesome, and when I carried it in my pocket I knew I was all set for a lucky life.

Amy Rowland's work is in The Iowa Review, The Southern Review, Lit Hub, and
elsewhere. "Floating Feet" is from a series about an unhinged narrator on
Ocracoke Island.