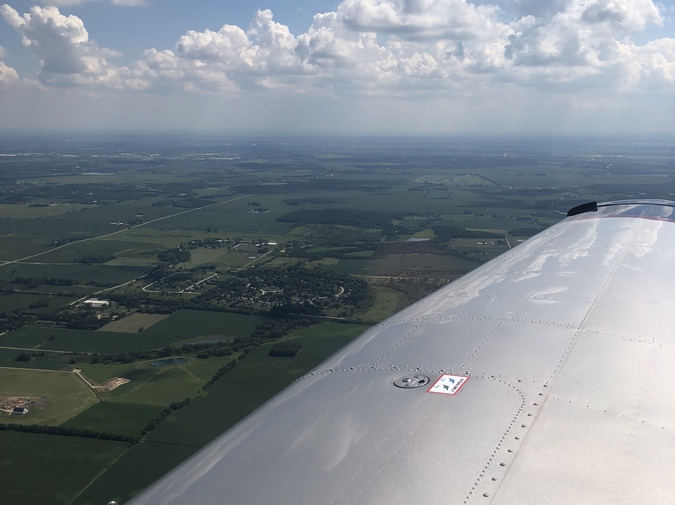 I got a job at a bookstore downtown. Sad work for a writer. Each day it paints the clearest possible picture of the gulch you’ve driven your life into. Writing already meant less to me than ever before. Maybe I’d read too much of my own work. It all seemed full of predetermined outcomes. I couldn’t escape them in my writing, and I couldn’t escape them in my life. But I couldn’t live that way anymore. I had two kids under the age of two. I barely survived the previous winter, a personal low point which left its mark in the form of tinnitus, a permanent buzz in my head which replaced silence as the foundation of my sensory experience. If you ever get tinnitus, don’t visit online message boards for people with tinnitus. Everyone there is suicidal. Which won’t be a surprise if you have tinnitus.

I stopped reading for a while, because it hurt to focus on the sound in my head, which is where reading happens. Then I got this job. When I began reading again, I found that my new medication, Lexapro, had turned me into a person who longs for plot in literature. The endless, banal intricacies of plot.

One day, while merchandising the religion section, I noticed a memoir called Flight to Paradise written by an airline pilot who crashed a commercial flight, nearly died, briefly entered heaven, then awoke from a coma months later to learn he was the lone survivor of the disaster. A disaster which was, by his own admission, entirely his fault. Yet over the course of the memoir, he makes no attempt to reckon with his guilt. Instead, the focus is on the vision of heaven. I was stunned (or as stunned as you can be by anything while on Lexapro). Maybe he really believed that the good news in his memoir justified the death of almost 200 people. He had discovered the ultimate reason to write. His book was a transference object designed to reverse the injustice of his survival. And he had found the simplest, most elegant way of doing it, by claiming that God himself had protected him from death in order that he might write this book proclaiming it so. In other words, his guilt was transferred to everyone who didn’t believe in heaven. The crash was only necessary because of them. People like me.

When I picked up the book again days later, I realized I had skimmed past some important details. He hadn’t crashed a commercial airliner — it was a cargo plane. His co-pilots were the only casualties. They crashed into a cemetery, directly striking a seven-story mausoleum dedicated to the memory of dead pilots. The ironies of fate are horrifying, I thought, surveying my surroundings. Maybe I shouldn’t be working in this bookstore, among all these dead writers.

But I had to stop thinking that way.

The man actually became an airline pilot after the crash.

One day, a man walked in without a shirt.

I just woke up from a coma, he announced.

Interesting, I said. And it was, actually, because I had just been reading the part of the memoir in which the pilot emerges from his months-long coma.

I was under for three months, he said. At least that’s what they told me. I’m still pretty tired.

How did it happen? I said.

I began reporting my dreams to the government at age 17, he explained. They seemed portentous. I thought it was my duty as a concerned citizen. Now I can’t remember what the dreams consisted of, chiefly because the government put me in a coma and extracted them with a neurovacuum or whatever it is they use to steal dreams.

I nodded and returned to the memoir. Not a word on dreams to be found, which was admirable. If a writer must write about dreams, they should be made to seem as real as possible. Which was exactly what the pilot had done. It was the crux of the entire book. He had excellent writerly instincts. He knew when to withhold, when to give, and he rarely overexplained. How many people in the world have read this book? Probably less than one hundred. A small religious press out of Minneapolis published it. I looked them up. Their website explains that they are “recognized as the world leader in inspirational fiction” and “committed to taking Christian writing to the wider world.”

I thought, maybe I could send them a book about tinnitus, which was my own portentous dream of sorts, my religious vision. The sound of the afterlife. That was my main advantage over the pilot. I was still inside it. God blinds us, deafens us, gives us false dreams which we learn to love before he takes them away. He kills our friends. That’s what the Bible calls healing. I closed the pilot’s memoir. The man without a shirt was hitting himself in the head with a book from the history section, a volume on the war on terror.

Parker Young's debut short story collection is forthcoming from Future Tense Books in March of 2023. He lives in Chicago.