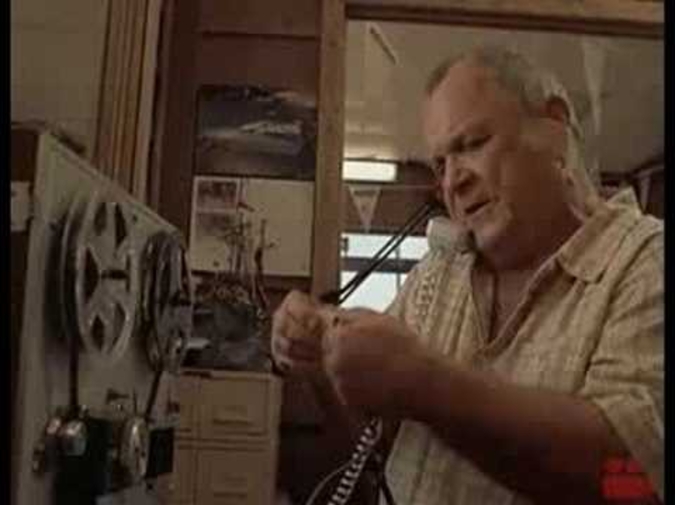 The Shield was a show operatically needling a path from the procedural to, if we’re generous beyond the moral Mamet ponderosity backing it, fatalist Grand Guignol. It went soap to dirty with nimbler reluctance than TV’s painful need for plot could hamstring, suffering little of the indoctrination (always some, but go deeper and get cancelled) of the ole police staring into the abyss but only to buttress the credo of our restful dens, such as Law and Order (Law and Order should come with a credit that says script by THE STATE – the addictive quality is, big secret, people have no taste because they’re tired after work, and hey, tough day, binge out, you deserve your giftwrapped lack, you deserve all the lack you pay for) and the like. The Shield had the balls to underline the futility of any public service. It was like Miami Vice, replacing cinematic style with how basic theater unanimously enchants. There is a Mamet-handled serial killer interview surpassing most in its refusal to provide audience bonbons. Then there is The Barn’s doofy mom detective by the name of Wagon and its cop-headed rock-thing daddy breaking rules and in between them some undeniably peerless, amazing acting from Forest Whitaker. Breaking Bad, too, skidded through its boiler plate and right into isolated moments of base sublime performativity. And these series have enough seemingly, but not, accidental breakthroughs to attract jaded us, or to assemble at least one perfect film a piece. (It’s all well done, but there are two hours of Mad Men brilliant apart from all the character machinations and cloying drama masking the remote, because I don’t care what makes the monster’s eyes so porcelain, or about his family’s big to-do, because no origins suffice.) Yes, TV’s almost, with some exception, as it ever has been, good. (Look what the ratings and feedback pressure did to Halt and Catch Fire. Hang this over the writers’ room: DON’T BE CAUGHT HUMANIZING! Get me fired in one of these rooms, please!) When every character is cornered, we perk up in recognition. At best, every incident acts as our reflective pendulum. We’re a culture underneath the surplus of our obtainment. So we want our own plots sped up and echoed back from make-believe. We need TV because the meals we used to corner by instinct now corner us. Being human is about: what’s unobtainable today? That’s why TV’s not allowed to orgasm like film or lit. A plot is how we cover our ears about the journey to obtain sustenance no longer being of any communal necessity. We stuck all these homes in our path and invented gossip. Repress the mystical with the laxative of who did who and for what and why and the how of everything wilts. But, in conclusion, we made Faults, despite ours. And Cheap Thrills exists how mass audiences need a fucking experience. These films hit the marks of recognition without being barred by them. That balance turns them holy and underrated. They pop like coins from a death eye and leave without explanation, frantically stainless, ecstatically torqued exultations of technique. Why aren’t all you racism aficionados rallying for or against The Corndog Man, one of the best American films on the topic? Where’s the righteous Corndog Man meme? I hope The Ugly’s Gottfried Helnwein inspired victims haunt your delivery.