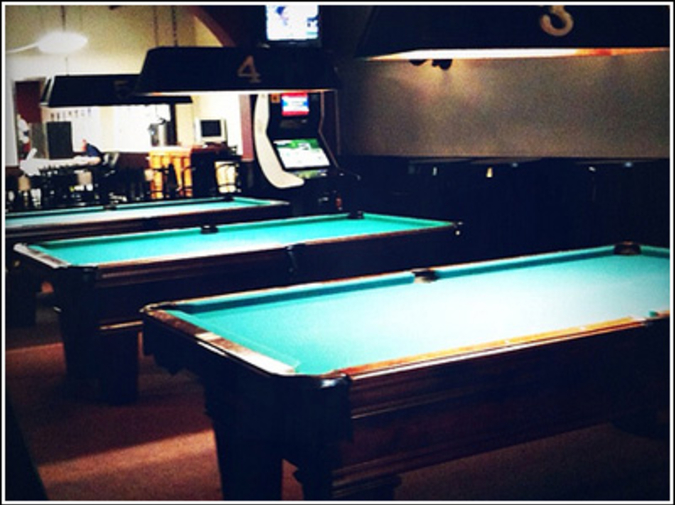 In high school, dating Randall "Big Randy" Barton was a rite of passage for the small population of black girls at our exclusive boarding school in rural New Hampshire. His father was a prominent member of the local Klan chapter. Big Randy had daddy issues. But he was also a townie in his twenties. He bought Jäger and beer for us; we were able to forgive his father's trespasses. Three weeks before we started dating, Big Randy broke up with my friend Alicia who wasn't really my friend, but when there are only twelve black girls in a school with 980 students, you're flexible about your inner circle.

A group of us were at Sam's, the pizza parlor on Water Street plotting how we were going to get booze for a party. It was a complex calculus involving boyfriends past, present or future, sexual favors and as little of our money as possible. Big Randy was playing pool with some sketchy guys, leering over at our table every few minutes. We all looked in his direction, then my friends looked at me. I sighed. I had been called up.

After checking my makeup in the tiny bathroom that smelled like pepperoni and disinfectant, I straightened my denim skirt, put a little shake in my walk, made straight for Randy who stood, holding his pool cue between his skinny legs, chalking the tip. I leaned against the pool table, crossing one ankle over the other. I smiled and wrapped my hand around his pool cue. There was no time for subtlety. He looked me up and down, grinned.

Later, I lay next to Big Randy in his twin bed, propping myself on one elbow. "Is it true what they say about your dad?" I asked. Big Randy grunted, lit a cigarette, offered it to me, and lit another. He balanced a teacup on his belly for us to use as an ashtray. "My dad's an asshole," he said. Big Randy sat up, spilling cigarette ashes all over his pale skin. "I enjoy splittin' the dark oak. It has nothing to do with my damn daddy." He took my cigarette from me, stubbed it out, and rolled me onto my back, sliding his hand between my thighs. When we kissed, he tasted angry.

Every Saturday morning, a handful of Klan members would walk around the town center, handing out photocopied pamphlets, trying to recruit. They were largely ignored. His dad couldn't drive, some kind of war injury, so Big Randy, who had to drive his dad into town, would wait, leaning against the statue of the town's founder, looking mortified. My friends and I, we would walk past the grown men in their white hoods in our tight shirts and our tight jeans, our hoop earrings and our slicked back hair. Big Randy was never the only one who stared.

A few weeks after Randy and I started dating, where dating was my sneaking off campus to his apartment each night after lights out and skulking back with a backpack full of booze the next morning, my friends and I were walking to Sam's singing something silly. The Klansmen were milling around their usual posts. Alicia scowled. "Look at those crackers," she said loudly. They turned toward us but said nothing. Randy sat on the edge of his rusty truck bed, his skinny legs dangling. He half nodded in my direction then quickly looked away, his face bright red. I rubbed the hickey Big Randy left on neck earlier that morning, still sore.

It wasn't hard to figure out which cloaked figure was Big Randy's father. They had the same narrow, dull blue eyes. I slowed my stroll and walked right up to Big Randy Sr. grabbing a pamphlet from his hands. His eyes widened beneath the mask as I flipped through it, then let it fall to the ground. He looked down at my fingernails, long and painted bright red with tiny gold stars on the tips. Big Randy liked to kiss each one. He liked when I raked them down his bony back, always hissed and said, "harder." I stepped closer to Big Randy Sr., so close he could smell my perfume and cocoa butter lotion. He grunted, clutched his pamphlets tightly. I could hear him licking his lips — a wet, terrible sound. "Walk on by, little girl," he said. I smiled, leaned in real close, so close I could feel him hard beneath the bed sheet he wore. I stared at Big Randy over his father's shoulder. "I know something about you," I said.

Roxane Gay's writing appears or is forthcoming in DIAGRAM, Monkeybicycle, Keyhole, Annalemma, Necessary Fiction and others. She is the associate editor of PANK and can be found online at http://www.roxanegay.com.