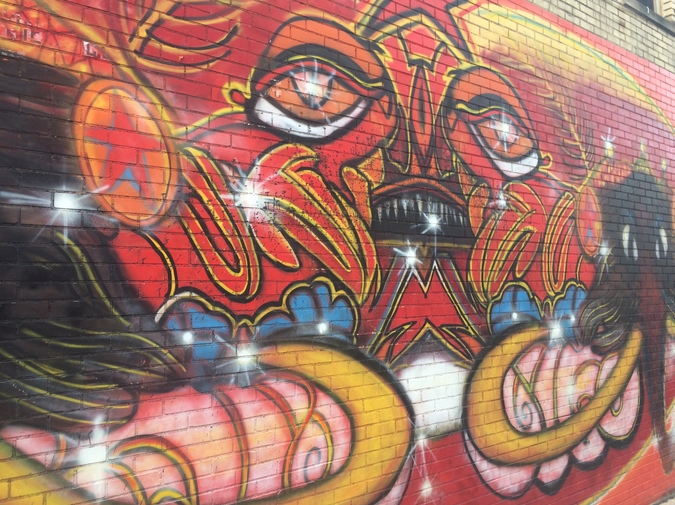 We could have died together, thought the bass line to Prince’s “If I Was Your Girlfriend,” and it smiled. We could have died together, on some stupid stretch of 131 between Big Rapids and Reed City and when they dug us out of this snowdrift they would have seen that I still had my arm around you and people would be moved, that we died in each other’s arms. If I had my arm around you I bet it would be falling asleep right now, and I bet I would think that it hurt and I wanted to move it but if I could just hold out a bit I would fall asleep, or pass out, or freeze or however that worked. They would have had to take us back to the morgue together, and who knows how long we would have been able to hold on. But you’re not here.

The bass line to “If I Was Your Girlfriend” curled into a smaller ball and pulled the thin blanket in tighter. It felt the hole in the seat the blanket had previously covered and it shivered. It thought about D, and wondered where she was, and whether she was warm enough. It wished again that she was there, and then spent a minute hating itself for wanting that, and then settled on hoping only that it was stuck in her head.

D and the bass line to “If I Was Your Girlfriend” had known each other for years, and had spent almost all of them fending off “you should say something” suggestions from well-meaning friends. The truth was that they had tried, once, in secret, and it hadn’t worked.

August, a few years back, they had been standing on Bobby’s roof and D lifted up her shirt to wipe the sweat off her forehead and when she put it back down the bassline to “If I Was Your Girlfriend” was still staring and D noticed and the snap and pop of it in a way she hadn’t before, and then D slammed it up against the door to the roof. What they managed that night was enough to drive the rest of the month, but it started making large gatherings awkward and when fall drove them indoors the bass line to “If I Was Your Girlfriend” started to feel like it couldn’t breathe after sex, like the stale apartment air was going to enter its lungs and tear jagged furrows through its lungs.

The bass line to Ginuwine’s Pony puts one hand on the mattress, uses the other to open the window. Cold September air drifts in and Denise loops an elbow around the bass line to Pony’s neck and pulls it down as she rolls on top, presses her body down like she’s going to shield it from all that cold, like the cold air will draw moisture out of the air and she wants that condensation separate from their sweat, like she can turn her back to the air and hold what they have between them. The bassline to ”Pony” grinds hip against hip and tries to stay focused, because it is trying to communicate with nothing more than its existence, and it thinks this is a very delicate thing.

The bassline to Pony thinks that bodies vibrate, in a way that’s real, that expresses something else to another body and that that body can understand, even if it doesn’t exactly know its listening. The bassline to Pony has known a lot of bodies and has learned that all of them are asking for something, that there’s a little noise rattling in the bones and if you get that body just right that noise starts to hum and then if you listen for it, if you really truly listen, your body can respond in a way that’s perfectly in sync.

Pete Holby lives in Los Angeles. His favorite bar is Disneyland and he can be found @sorryeveryone.