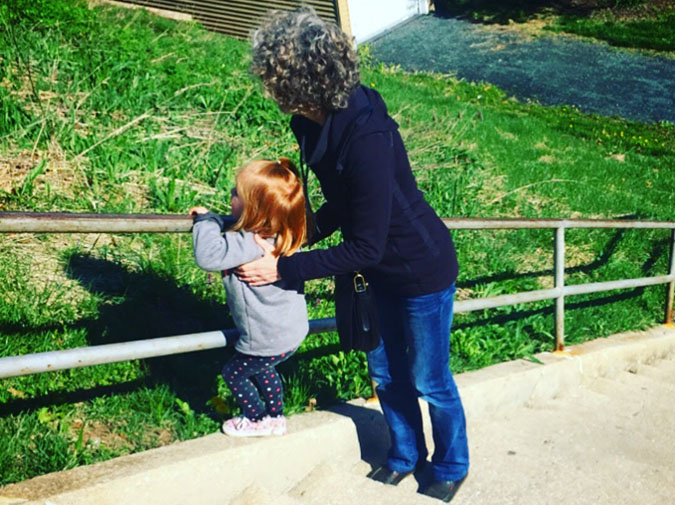 Mom and Drew ate tuna melt sandwiches on their porch while a light rain fell from the sky. She pointed to the sun emerging from the clouds and smiled. She jostled Drew’s shoulder and hopped up and down in her seat. “See that kiddo, every day is another blessing. Remember that, okay?”

Mom, who had never written a story, decided it was time to coach Drew on creative writing.

“Stories need explosions, and fighting, lots of fighting. Conflict is everything,” Mom said as she nibbled on the sandwich crust.

Drew wiped the rain off his shoulder. “I think stories should be character-driven. Makes it more meaningful that way.”

When Drew came home from school today, Mom and Dad were arguing in the kitchen. “William and I didn’t do anything. You need to back off,” Mom said, pushing her hands into Dad’s chest. Mom was dressed in a red Nats jersey and baseball cap.

“I checked your phone. I looked through the messages. You fucked him. What’s wrong with you?” Dad said. He was wearing jeans and a white tee.

“You never listen to me. I didn’t want to go to the game,” Mom said.

Dad lunged forward. He struck her face with a bright blue foam finger, and she staggered and hit her head against the dry wall. He rushed over to her and cradled her face in his hands as Drew watched from the hallway, his hands balling into fists. “I didn’t mean that,” Dad said, Mom and him sliding down to the hardwood floor. Mom nodded, her eyes closing. “That was an accident, right?”

“Right, that was an accident.”

That night, Dad slept in the master bedroom, alone. He drooled on his pillow. The moon was glowing and it cast light on his face. He woke up and turned the TV on. The screen showed the Caps: Go Ovechkin. Dad read shit on the internet: Check your prostate; become a standup comedian in 10 easy steps; the Iran nuclear deal is imploding. He drank a glass of water, his teeth chattering from the coldness. His glasses fogged. The window opened. Dad whipped out a lighter and a fetched a baggie of tobacco from his desk drawer. He rolled a cigarette with thin white papers. Lit it. Smoked it. He thought of his wife, for a brief moment.

Mom and Drew went on a walk on the forest trail, right by the cathedral. The cathedral looked gigantic, with its blue and green stained glassed windows, stone columns, and sprawling courtyard—the works. “I hate this place. I really do,” Mom laughed. Drew smiled, his stomach knotted up.

After the walk, they walked back home. Mom cried, in the garden, holding onto Drew’s hand. She picked up a rake and collected the leaves spread across the crushed grass. She bundled up a pile of leaves into a trash bag, and then she raised the rake, and smacked it into the bag, over and over. The bag exploded. And Mom stood there, her hand on her hip, a grin on her face.

The leaves were strewn in all directions, lying flat on the ground, where flowers bloomed.

Mom and Dad sat on the veranda, looking into each other’s eyes, and in the sky, there was a large sonic boom. Mom sipped on her iced tea. Dad smoked his vape. Drew cart-wheeled through the grass on their front lawn, and said nothing.

Vivian came home today, pulling up to the driveway in a black Honda Accord. She hugged Drew when she got inside the house. “Are you staying this time?”

Vivian shook her head. “I have shit to do.”

“What kind of shit?” Drew asked.

Vivian chuckled, stretched her arms to the ceiling, and breathed in deeply. “Let’s talk later.”

“You never have time for me,” Drew said, walking away from Vivian.

“We don’t,” Drew said, rolling his eyes. He closed the front door to the house, and smoked bud from a rainbow-colored bowl in the crumbling shed in the backyard. He looked up at the sky, saw the colors shifting from blue to red, and wondered when he would die.

Dad and Drew went grocery shopping at the Giant in the strip mall across from their neighborhood. Dad pushed the shopping cart through aisle five, which was crowded with rich white people wearing sunglasses and sundresses. He grabbed a large box of Cocoa puffs and dropped it into the cart. Drew was searching the internet for a cheap pair of Yeezys. “You know your mother and I are okay. You and Vivian don’t have to be worried about anything,” Dad said, touching his green George Mason lanyard that hung from his neck.

Drew looked up from his phone, and stared at Dad. He sighed. “There’s no need to lie to me, Dad.” He went back to looking at this phone.

Dad put his hand on Drew’s phone. “Can you stop with the phone.”

Drew yanked his phone away from Dad’s hand. “Get off me.” The phone dropped and clattered on the tiled floor.

The screen glowed, a pair of Yeezys on the front page.

Drew scoffed, grabbed the shopping cart, and rolled away to the frozen food section.

Vivian, Drew, and Mom biked down an asphalt trail by the Georgetown Waterfront. They stopped at the rec center, loaded up on water from the stone fountain, and stood by the Potomac River, watching young people kiss each other under the cherry blossoms. Vivian took off her headphones, and played with her long black hair. Mom scrolled through her phone, looking at books: Catch-22, Naked Lunch, and Exit West. Drew laid down on the grass, feeling the dirt with his fingertips. He was exhausted from biking. He was exhausted from dealing with his family. He was exhausted with being so young at nineteen, and so out of touch with Millennial shit.

“What you thinking about Drew?” Vivian asked, laying down on the grass beside him. She ruffled his messy black hair and kicked his leg with her foot.

“I’m thinking about Anthony Bourdain,” Drew said, not realizing why he was lying to his sister.

“He killed himself, right?” Mom asked, laying down next to Vivian.

Vivian tore a blade of grass from the ground and chewed on it. She crushed it in her hand, like it was nothing important. “You should stop reading the news. It’s only going to depress you.”

Drew got up from the ground and picked up his bike. He rode around, popped a wheelie, and rolled towards the forest, where the shadows were accumulating.

Back at the house, Dad was soaking in the tub and listening to Miles Davis from the blu-tooth speaker mounted above the showerhead. He hummed along to the trumpet. The music soothed him. He looked at his penis. It was shriveled and flaccid. He looked at his hands. They were large and wet. He looked at his belly. It was bulging and hairy with black hairs. He slapped the water with his fist and laughed. “I’m going nowhere,” he said to himself.

The bathroom mirror fogged up.

In the living room, Vivian shouted at Dad, wagging her finger in his face, as he stood there looking at the floor. “You fucking hit mom? What kind of man are you? Who are you?”

“Who told you this?” Dad asked, reaching out to touch Vivian’s shoulder.

“Does it matter?” Vivian asked brushing off Dad’s hand away. “You’re fucked up. You’re such a monster.”

Dad held his face in his hands and cried.

Vivian grabbed his hands, squeezing them. Then she slapped him. “How does it feel? How does that fucking feel?”

Dad dropped to his knees and buried his face into his lap.

In the kitchen, at a small wooden table, Mom swirled her spoon in her bowl, the steam rising from the tomato bisque soup. She blew on her spoon to cool it down and then took a sip. Her tongue burned.

She flinched and coughed slightly. A bit of soup had slipped off her spoon and it spilled on her phone. She picked up a napkin and wiped the phone screen, making it clean and spotless. She was looking at a photo of Barcelona. It stood out to her. The wide arches of a church.

Mom dropped her spoon and it clattered into her bowl. It sank into the tomato bisque. She pounded her fist on the table and then finished her soup.

Drew was in his family room, curled up on the sofa, notepad on his lap, pencil in hand, writing a story. “There was four of us. We were happy, on a vacation, cruising on a huge white boat.” He ripped the piece of paper from the notepad, balled it up, and tossed it on the coffee table. “Dad hit Mom. Mom cheated on Dad. Vivian is never here, working at her job.” He turned that story into another paper ball. “Somewhere, in a picturesque city, a family of four enjoys each other’s company. No one is fighting. No one is hurt. No one is in danger.”

Drew stabbed the pencil into the paper. The lead tip broke off. A long black line appeared against the white page.

Drew and Mom were discussing Amy Hempel on the tire-swings in the playground, where Drew went to elementary school. Mom bit into a red apple and chewed on the skin. Drew swung back and forth on his tire swing and hoped Mom would read his writing. “She’s fabulous, her sentences are just gorgeous. And her plots, while they don’t always make sense, have this weird logic to them,” Mom said, throwing the apple core into a trash can by the swings. “Do you think I should write fiction, or poetry?” Drew asked mom, looking her straight in the eyes.

“Write what you feel, Drew. And it’ll come out, naturally,” Mom said, punching him in the shoulder. She giggled, got off her swing, and started pushing Drew and his swing. Drew went up higher and higher into the air.

He closed his eyes. He smelled the rain.

Andrew Tran is an avid reader from Virginia. He has graduated from Virginia Commonwealth University and has received honorable mention for Creative Nonfiction at the VCU Writing Awards. In his spare time, he performs standup comedy at dive bars and does freelance photography. For music, he listens to SALES, Tyler, The Creator, and Flume.