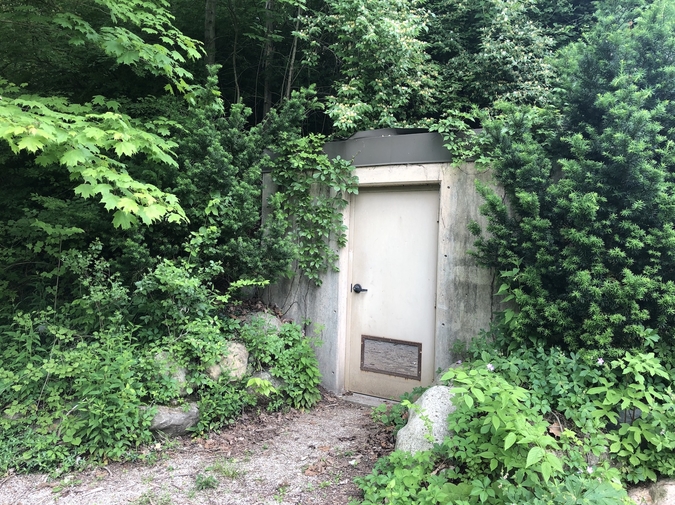 When I bring my dinner into the TV room I end up with two forks or none at all. I’m thinking about doing the brain test you did, the one where you have to name the three animals. You knew camels from the loveless desert of your childhood in North Africa. I knew them from comics and movies, the Sahara a vast tract of unknowable dunes that plays tricks on the mind. Clutching their empty canteens, parched treasure hunters peer through shimmering heat waves, convinced they see palm trees and a natural spring on the horizon. You never left our apartment without a flask of zero calorie water, but even then, it was hard for you to swallow your pills. By the time of your test, you were losing more and more weight. With a mortar and pestle, I crushed your pills into fine grains and mixed them in a variety of foods, certain the right formula to save you was just around the corner.

We both got lost easily, even on familiar streets, so I liked to keep you within eyesight, especially as your balance grew worse. I feared for the orientation component of the test, but you identified the date, month, year, day, and even the place. After your nomadic years ended in Canada, you would still wake in the middle of the night and wonder where you were. I do that for you now.

On the worst days of your childhood in Tunisia you took solace in the kindness of Madame Bergeron, your English teacher. As she walked by your desk, she would tap her ruler discreetly on your test to point out a small mistake. Because you were so good already she wanted you to be perfect. In the neurologist’s office, you sat at a corner of the desk, ready to tap the pencil when you heard an “A” in the list of letters he read aloud. From my chair behind you, I could not tell if your hand shook from lack of medication or stress. I could only see the care in his eyes as he read slowly to give you time to find the right answers.

On the dating sites, I swipe left at the first sign of cheap thrills or cats, although my allergies are mild compared to what yours were. Your summer job assembling paintbrushes near Marseille exposed you to fumes, dust, and trash talk on the factory floor. It offended your lungs and sensibilities, pushing you toward more rarified air. On those trips back to Tunisia to research your films, Arabic words from childhood were shaken loose from your brain. Was your Sickness also lying in wait? The neurologist asked you to repeat a phrase about a cat’s behavior when dogs were in the room. You could only imagine it would flee at the first sign of vulgarity.

I had my first cup of coffee in thirty years this week because I read caffeine is good for cognition, although my mother drank instant for years and it didn’t ward off Alzheimer’s. She liked Maxwell House for the elegance of Ricardo Montalban in the TV commercials with his “good to the last drop” catch phrase. He was also pretty suave as Khan, the Star Trek villain who gets awakened after two centuries of suspended animation. Mostly I think of his crazed and frenzied look in The Wrath of Khan movie, how grief over the death of his wife found expression in revenge. I could not finish the coffee before it got cold, but enough had reached my system to keep me up most of that night. In the morning, sensations from violent dreams hovered close to the surface before the rage went dormant again. I vowed to drink a full cup next time.

I don’t pay much attention to passing days except as the anniversary approaches. I like having two dates, with the Jewish one changing every year. The funeral home gave me a special calendar to keep track of the Yahrzeit until 2034, but after that I will be on my own. The doctor will ask me to draw the hour and minute hands on the face of a clock, as if time were fixed and not fluid. He will ask me to connect a handful of numbers and letters in sequence, as if I could propel myself from A to E without a map. You once told me the desert has routes for those who could read them.

I’ve been practicing F-words, thinking a good score will make up for failing other parts of the test. Mostly, it’s the recall question that worries me, how the doctor will say five words and ask me to repeat them five minutes later. It’s the act of remembering that counts, but I fear my mind will try to find meaning where there is none, and I will get hopelessly lost.

I’ve decided against the test. Instead, I’ve been playing Concentration to smarten up, a card game from the rainy days of my childhood. I recall the sweet scent of the talcum powder sprinkled on our cards, how the softened backs shuffled so easily into a bridge. The new cards are stiff and unyielding with the smell of an assembly line. Yet I spread them out in all weathers, inviting in the chaos of memories while I search for a missing pair.

A Pushcart Prize nominee for creative non-fiction, Mark Foss is the author of the novels "Molly O" and "Spoilers", and the short story collection "Kissing the Damned". His words have also appeared in The New Quarterly, Into the Void, Numéro Cinq and elsewhere. He writes from Montreal, but you can visit at www.markfoss.ca.