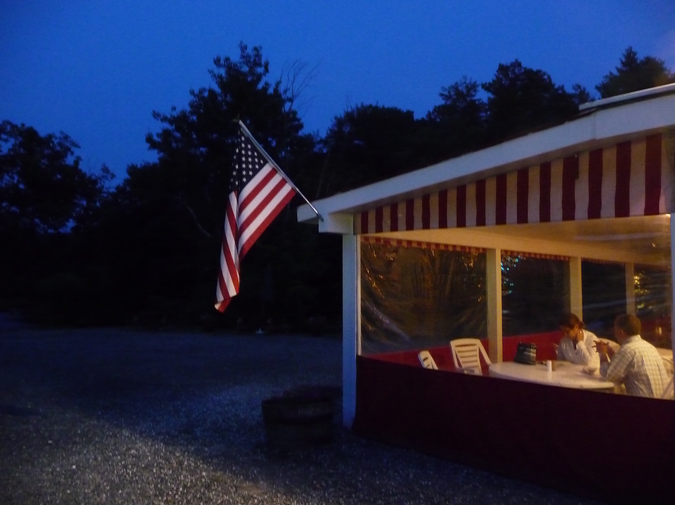 My daughter Lisbeth checks Missy’s gums for bleeders. “Sometimes the damage done takes generations to make itself known,” she says, nodding along with her words, agreeing with herself. “Nuclear fallout.” Lisbeth peers into Missy’s mouth, prodding with a green plastic flosser. Missy shouts, “I’m in middle school and can spot a bleeder. You don’t think I can do anything for myself.” She’s a sharp one, and correct about her mother. My dentures won’t stick to my gums, even with a spurt of glue. Lisbeth blames government testing. She says it’s a miracle Missy has a living grandma.

When Lisbeth was growing up in Utah during peak Cold War the dust from the testing drifted through the air, suffocating our crops, burying our cars. The government warned us not to wash our windows. Let the rain wash it all away. They called us The Downwinders. It’s odd, having your people named like that. Identified.

Missy can’t do math, flips her numbers in her head like a dyslexic. 21. 12. 21. Lisbeth blames it on the “suffering effect of A-bombs,” another phrase I think my granddaughter shouldn’t hear. Besides, Missy’s just not good with numbers. I like numbers. I count by sevens when I feel anxious because then I know what’s coming next.


“The downwinders deserve to be recognized for the sacrifice they’ve made for the defense of the United States,” the government tells us. And, so, we oblige. January 27th. Downwinder’s Day. I’ve been asked by the City Council to give a speech about remembrance, about John’s death from thyroid cancer. I don’t want to talk. Would rather be doing anything else, like knitting or reading or walking. Lisbeth insists, claiming it’s therapeutic. “Say what’s on your mind,”  she says. “Important people will be there. A senator, I hear.” I consider that.

We three generations walk in a line towards Leroy’s Market, the unofficial city hall. Missy carries the pink beaded purse I bought Lisabeth at the flea market for her sixteenth birthday and I wonder when she passed it down. Some may say it’s a small moment--a girl’s first purse--but I would have liked to have been informed.

I speak about remembrance. Lisbeth hugs me, proud. Everyone says I did a fine job. The state senator nods as his assistant whispers where-to-nexts into his ear. And a fury brews inside me. I’m mad. Mad at the senator with his firm handshake and wristwatch glances.  Mad at Lisbeth for forcing me to speak about everything we should be forgetting. Mad at Missy for all those bleeders and mad at John for dying all those years ago. Mad as hell, but I don’t say a thing, know now that I never will. I’ve missed my chance. Our neighbor Dolly baked a sheet cake decorated with a nuclear bomb made of green icing, so we eat it.

Kat Gonso's stories have been published in SmokeLong Quarterly, Gravel, Corium, Flash: The International Short-Short Story Magazine, and various other journals and anthologies. She was the 2017 winner of the Gover Flash Fiction Prize and is featured in Best New Writing. Kat teaches writing in Boston.