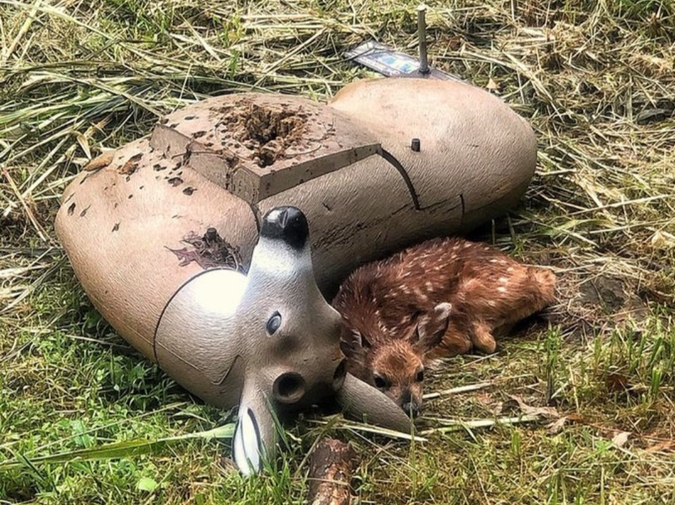 That was the world then…

That was the world then….bawdy cars and tawdry thoughts and rundown wannabe skyscrapers brownie baked by the sun that just looked cheap against the horizon and everybody thinking they had to be something better than this.  The lies we told, about fake trips to Dubai, Montreal and the Caribbean, the inside of a plane an unknowable beast that I longed to have swallow me whole and relieve me of my duty to this place.  I longed for Jonah’s whale and couldn’t find it and couldn’t run from god or this shitty city and I miss it now a million miles away the farthest thing from safety and trying to find some light and heat and maybe some food inside the freedom whale

The deposit, Lupton has not paid me back.  Did I or did I not receive it, my parent’s accounts maybe? Of course, I could check, but then suppose I’m wrong, then the hope disappears.  Then I’d be wrong with no hope.  No money and not a prayer, or a faith, or a hope in this world to cling to. Nah, better not follow that up, a man can live on hope for a long time after all, but certainty gets you nowhere.

I like to take walks around Leeds.  I should clarify that by walks I mean strolls that at interminable turns morph into slight-jogs that never stay jogs for long because of the inappropriate clothing I almost invariably have on that ill become jogging attire and invariably overheat such that I am sweaty and uncomfortable not even a few minutes into it.  Also, due to my chronic terrible under preparedness I often find that people will give me funny looks while in my state of not quite-jogging, almost dirtily ogling me as I nearly run into them, a state of disdain that I am sure never befalls your ordinary jogging practitioner who outfits themselves in the proper workout gear.  I live.

Another unsavoury side effect is the inexplicable shame I feel when I am out on these not-exactly jogs.  For though jogging as a leisure activity is an exceedingly common pastime in the west and maybe even at this point something that can be considered a normal by-product of modern society- A primal urge for more space, a proverbial unfurling of the claws in the hyper-claustrophobic modern first-world city environment, is surely one of the most natural instincts for a human being to have (Especially when you consider it’s not just the surfeit of people in your proximity you’re seeking respite from, but the oppressiveness of the buildings themselves, the suffocation wrought by the urban-planning that produces tenement housing, the close knit affairs of thin alleyways and redbrick stone everywhere you look)-Jogging in a large overcoat and a sweater is not.   So even though I’m aware that I am doing something completely natural, I still find myself agreeing with the strangers who look at me like I am a madman.  Even the repeat offenders who I keep encountering by sheer virtue of doing the same thing every day, along the same routes,  and who by dint of repeated recognition have morphed into something that can only be described as “Strange acquaintances."

Oh yes, I forgot to mention that by “Leeds” I was referring to the small section of Leeds that I inhabit as a student, starting from my rent-controlled accommodation at Holborn Central all the way up to the Hyde Park bar and down the slope through to the intersection that leads to Aldi’s.  I would though like to say in defence of my earlier statement that I nonetheless consider this area to be a fitting synecdoche of the entire city.  Anyway, if on my way down the slope of the road I happen to run into someone familiar enough to warrant a pause and a brief exchange of meaningless chatter, someone who occupies an even more intimate strata of relationship with me than the so-called “strangacquaintances”; which means, primarily, another student- I will invariably make up a story about why I am running.  “Oh I’m in a hurry I’ve got to meet somebody who lives down the road,” or “yea I’m just heading down to one-stop to pick up some milk,”  This often happens completely involuntarily and I am often left somewhat at a loss afterwards as to why I felt the need to lie in the first place, but luckily enough for me, as the stop and chats are primarily simply a way of verbally acknowledging our however fledging cognizance of each’s existence, the stories never really need to be that well thought out or believable anyway.

If you turn the corner on the path that flows past the flats in Holborn you will find there is a community centre somewhere down the road.  It’s slightly haunting, like all buildings devoted solely to charitable activity are, as passing by it conjures the spectre of guilt fuelled by the knowledge that in there are contained people who’s time is doubtless being better spent than yours ever has been.  Hall of people all better than you.  Superiority, the truth that dares not speak its name, bloodcurdling notion that we tried to kill off as best we could, that we the spent the entire damned 20th century warring over, the sentiment that launched a thousand ships and makes us so unhappy.  See, haunted.  But on Sunday’s they have Church there.  Well, in the mornings they have this sorta weird multi-denominational thing I, albeit prejudicially and without having ever actually attended, assume satisfies just about nobody.  But then at 11 they have actual Church.  Hymns, choir, righteous pastor, ushers, everything.  It always reminds me of back home, and doubtless my devoted Pentecostal mother would be urging me to not just regularly frequent, but become a hyper active part of the molecular structure, assume heavy involvement in its functioning. “What a great way to make contacts…” No matter how far you leave the foot of your doorstep, keep running into yourself.  Still, it always made me chuckle how she talks about church like a business opportunity, and grounds any discussion of my participation in it in terms more germane to a shareholders meeting. It adds a human touch to subjects meant for the heavenly world above.   I was heading back up the road from a runjogmadasylumdash and I ran into this man asked me what I was doing.  Said I was coming back from a walk (internally noting I’m all sweaty as I’m saying this) and heading home for an aimless afternoon.  He told me was a recruitment agent for the church that meets here (he didn’t actually say this and probably doesn’t believe it to be true: since churches don’t, by dint of definition, “recruit people.”  But this is the most efficient way of describing what he was doing outside the community centre that day in the quite bloated summer heat.)    So then he asks me to join the service which is actually just about to start, in fact.  Would you look at that, what luck!   I know I can’t; but I also don’t really have any way of reliably explaining why, given that I can’t, due to my own insecure hang-ups, emphasize that I am quite exhausted from my run or that I really need to get off these clothes and especially this sweat sodden sweater.  I am quite, as they say, stuck.  Okay, new plan; tell him you’re a Muslim (whatever you do, do not mention anything starting with an A as a religious position if you want to retain any hope of getting home this hour), that ought a work.  Lies upon lies, they build upon me and prevent my transcendence into the golden lands, above the pink streamed clouds of an October morning, into the blissful garden of unhistory, peacefulness breathed.  I saw a program once on some lifetime channel or thereabouts where somebody was talking about it, heaven. He’d been pronounced dead by the medicals for about 40 minutes and all the monitors beamed it back with a certainty as red as a butcher’s apron at dusk.  But before he was ground meat, he’d said, he was a heavenly formless form operating on astral planes of the pantocrater, and the leaves and the wheat were made of gold, he’d said.  Heaven.  40 minutes stretched out into an endless lifetime, he’d said.  And then he was crying, he was alive but he was crying, the giant blue prison.   I was much happier then, religion wise.  I mean in terms of not having doubts, not committing the types of sins that become habitual and grafted into your very nature, morose delectation and whatnot.  Didn’t know anything about that.  There was just no doubt.  For me, I could comfortably say then that there was no corner of my mind that could have possibly thought that this man who I had never seen, heard of, or met before could have been telling anything outside of the God’s honest truth.  How the hell is that possible? Never even crossed me that he could be insane or nothing.  I remember exactly sitting there, him telling the truth, children are like that.  Time changes everything and yet in the circular remit of time nothing changes.  Keep running into yourself.  And memory looked on from a bird’s eye view is history.

Anyway I opened my mouth to spew my falsehood but nothing came out.  I was thinking of home, because he was asking me somethings about myself and where I’m from and what I’m doing.  Nice chaps really, but then I suppose all salesmen.  They have to make one think that, don’t they?  That’s like, the whole thing.  “We start in a few minutes if you’re interested in joining, come in and just congregate in the kingdom of the lord, you know, just fellowship and meeting as believers,” I suppose I’m going to Church this Sunday.  It’s just an hour anyway.

Gillan Sims is an emerging poet and writer currently based in Leeds, England.  Some of his work can be found in Apocalypse Confidential, Punk Noir mag, and on Substack.  His twitter is @resistantman1, if you want to get in touch.