Everything Hurts and My Body Is On Fire 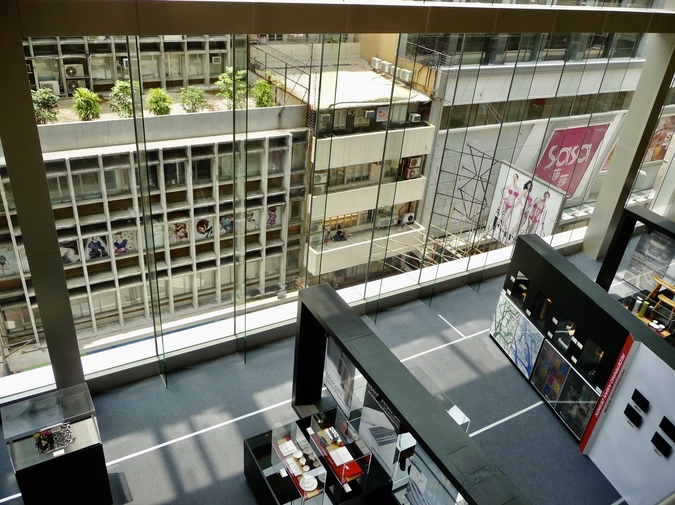 I know Natalya is soft on Smart Ben.

When he said: No One God holds all the truths, and she smiled. I knew then.

But it hasn’t stopped me.

I never had any choice with Natalya.

She is one of those people that commands love by just existing.

She combs her hair: I love her. She throws up on a Thursday after drinking at a new club spot on a Wednesday night: I love and love and love her. She spills her coffee onto the floorspace between our desks and laughs, Black Cup Down: What can I do? Only love her.

At lunch sometimes Natalya tells me Ben is a dork (which makes me feel good) but he also is one of the smartest people she’s ever met (this makes me feel bad.)

“You're somewhere in-between, Peppercorn,” she tells me. Peppercorn is what she calls me because of my greying hair. I laugh when she says it.

Natalya is the namer of things: our Nomenclator (her word.)

She calls our set of cubicle work stations a bungalow. So, I call it that too. She rubs her hands over the softly padded walls, the color of cat litter. Snaps gum between her hard lips. “Palatial and regale,” she says in her rounded, fake Italian accent. Ben looks up from his book on the Theology of a Tarot Mind. I nod in agreement with Natalya.

I’m always nodding as she talks. I fear if I lose favor with her–say the wrong thing, or don’t laugh well enough at one of her jokes–that she will move on from me. Find a new friend. Natalya is the only thing that makes the Wakefield Corporation an okay place to work. Pay has been cut. Mr. Antonio (who Natalya once gave spring-snakes-in-a-jar to at his birthday party in the meeting room and had jumped backwards before keeling over with laughter) had been let go for using the bathroom too much, or too long, in what the Wakefield Corporation had determined to be: A length of time unaligned with our core values as a company.

Mr. Antonio handed us the letter to read as he cleaned out his desk. The pictures of his young son and wife made scraping sounds in his box. He handed me a mini-Bible to keep or give to Ben. Then he rolled his shoulder beneath his jacket. He put his hands over his mouth and looked out the window. He had one of the better cubicles. At his back: a view of the outside lunch tables. The parking lot and, on that day, a yawning type of sky.

The following week we hear the humdrum of busy feet on the 9th floor.

“Must have hired an elephant in payroll,” says Natalya, in a way that shatters the morning.

I laugh and she laughs.

Ben stands up and looks down onto both of us. His skin seems salty.

Ben seems ready to fight mutants or something.

Something from a movie.

“Can I help you?” I ask, and I’m talking to Ben but looking to Natalya.

She has a new razor she’s told me and I’m noticing how shiny her legs are. They are legs like the kind you see on a daytime talk show.

“How many days until Friday?” asks Ben. He blinks. And blinks.

I laugh because Ben, as far as I can remember, has never asked me a question.

The day they fix the air conditioning is the day Huxley Jr. jumps from the roof of the Wakefield building. He is Huxley Senior’s second in command: his son. He signs our paychecks.

I am heating up green tea with Natalya in the break room when the screaming starts. Out the far window he has landed as close to his father’s Mercedes as possible without touching the car. There are security guards in white shirts surrounding his body in a way that seems to be blocking our view on purpose. Natalya begins crying because she is sensitive to things that are painful. “An empath,” she tells me, as her hands shake around her tea mug.

I put my hand on her shoulder and she lets me keep it there.

Ben paces around the cubicles and tells us that in some cultures suicide is the highest form of self-love and that when someone is certain of a better place beyond this life, killing oneself is no more difficult than buying a bus ticket. Natalya smiles. Ben smiles. I think about slamming my head into the filing cabinet to break up the moment, but then our computers make a charming bell sound. An Email from the event account letting us all know that work is over for the day. The email requests that we: Please, out of love and respect for your coworker, do not speak with your marital spouses or significant others of the event that took place on Wakefield property this morning. An investigation is underway. It is of the company’s highest priority to complete a thorough investigation into the accident. New safety measure will be implemented shortly in accordance with maintenance and public safety regulations.

Ben jumps off the building next.

He is holding prayer beads and a picture of the Hari Krishna he keeps in his wallet.

He’d brought us up to the roof to explain Sun Therapy. Something.

It was a trick?

What I think is that he wanted us to witness him.

Let me say this: he got everything I wanted.

Before he jumps Natalya says she loves him and that they can go to a motel right now if he just gets down off the edge. I think about just walking back to the stairwell, letting them have each other. But then I think of Ben next to me all those years. The bad years. And even though in terms of Natalya situation, the bad times we spent together somehow makes it feel like more of a betrayal than if I didn’t know Ben (it’s worse, sadder.) What I really need is for him to not jump off the building and for Natalya to see me for the man that I am: the man that’s always been there for her. Her rock. Her Peppercorn. A best friend. The one that was so close, she couldn’t see it right in front of her nose.

When Ben steps off the edge of the building it seems as easy for him as buying a bus ticket.

(I really do scream. I can’t help it. It comes automatically out of me.)

Natalya runs to the empty spot on the ledge like she’s going to jump after him.

I really do scream.

Wakefield being a company of great, science-like intelligence was smart in not telling us about the net. They knew what we now know. A net encourages employees to jump in a simulation-style suicide that one can quickly form an addiction to. Natalya jumps three times a week. “Ciao forever,” she says, stepping into the bright morning. Ben jumps every month or two. Huxley Senior jumped off the roof during mental health awareness week holding a picture of Huxley Jr..

I don’t even look up from my computer anymore.

Emails come in every morning: Please do not use the net in jest/The net is not rated for tandem jumping/Stop /IMPORTANT! Major issues with productivity/The net is a last resort, not a carnival ride/All roof entrances will be guarded by armed security officers/PEOPLE/

I do not grow the same affection to jumping off the roof as others do.

Except for coming up on Christmas.

I do try it once then. A sort of novelty, head-clearing experience.

I bring something from Natalya’s desk.

Something dumb and small and of great importance to our friendship.

I tried to think of the bad times.

Natalya and Ben together.

My Father yellow from the liver stuff.

I forced it. (It felt forced.)

The feeling I forced: that everything hurt and my body was on fire.

But it was a cold morning.

And the hard frost of the net left a pattern across my back like I’d slept in a wire chair.

The red lines itched beneath my shirt.

It made the rest of the day almost unbearable.

Sam Berman is a short story writer who lives in Boise, Idaho and works at House Of Wheels, in a very nice warehouse with Wes & Peter & Whitney. They are terrific coworkers. He has had his work published in Maudlin House, The Masters Review, Illuminations, Smokelong Quarterly and recently won Forever Magazine's Unconventional Love Stories competition. He was also selected as a runner-up in The Kenyon Review's 2022 Non-Fiction Competition. He has forthcoming work in The Fourth River and D.F.L. Lit, among others