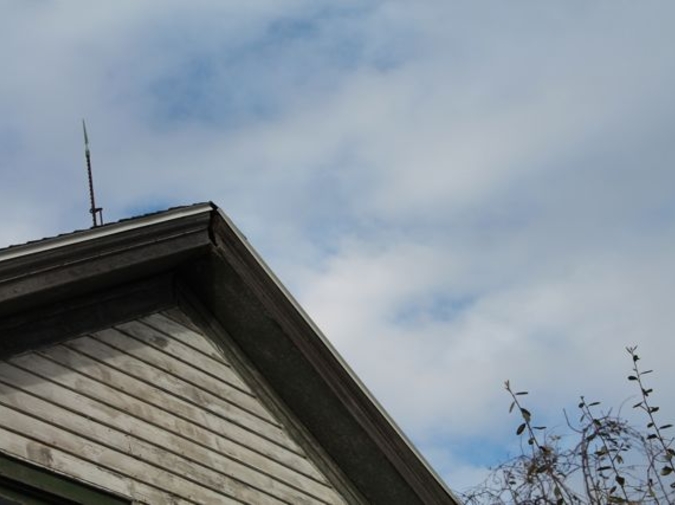 The first time I fingered a girl, I messed it up. Of course, I didn’t realize it then. It happened on a Friday night, at a playground. There were four of us there. Two girls, two boys. It was a very open thing. The girl who I fingered said she’d let me try, and we sent our friends to the basketball court to wait for us. They knew what we were up to. It was one of those suburban nights where the clouds seem near yellow against the navy sky. I wore a jacket, Fighting Irish or Los Angeles Kings. She held my shoulders as I explored her. We didn’t kiss. Beyond that’s mostly a trembly blur.

On Monday morning, I went to school with a short-lived confidence. I entered the cafeteria in search of my friends, and Susan Kang ran to me. “You and Jackie Funk,” she said, “up the butt.” She held out a finger, made an icky face. My gut swam with confusion.

Back then, I didn’t know much. Reflecting, I probably felt vaginas were located in some anatomically impossible space. You ever seen the old TV show Dallas? They’d show you the South Fork Ranch house from the outside, and it’d be a mansion, but then they’d show inside, and it’d be an endless castle of a thing. I guess I figured the vagina dwelled in one of those mythical, incapable, interior wings. But Jackie Funk, why didn’t you stop me?

Jackie Funk had amazingly hairy arms. She’s not dead that I know of, but if she were, this is how she’d be remembered. People wouldn’t say it, of course, but they might use a euphemism. “Jackie Funk,” they’d say, “sweet as a peach,” and there’d be these quiet, guilty smiles that people have when they tease the dead.

Before that, I’d ride the Dart Bus to her apartment and watch rap videos with her when her mom was away. After, I’m not sure we even spoke on the phone. All she had to do was say, “Stop, you’ve gone too far,” but looking back, I should’ve known. Something felt strange yet familiar about it. Uninviting. Incorrect.

Revenge is a bizarre thing because sometimes it just falls in your lap. By odd events I’ve forgotten, I spent the night at Susan Kang’s house a few months later. It was Susan, two other girls and me. The three girls slept in the bed. I slept on the floor closest to Susan. At some point, unprovoked, Susan reached down, put her hands in my pants. There is a strange electricity carried in the first person’s hand that touches your penis, and shock shoots through your body in a magical surge. You can hear everything. Your heart. Others’ breathing. The movements of the new, foreign hand.

But the hand barely moved. It draped over my member the way a dropped sweater lingers—a complete lack of motion. It stayed still as though dead. For a while, I thought, she’d fallen asleep. “Susan,” I said, but she answered, “Yes?”

After that, nobody spoke. I laid there with her hand upon me, and felt the electricity drain from the moment, much slower than it came. I wasn’t certain what I thought Susan should’ve done, but I was positive she’d bungled the task, and I’d hoped to broadcast to my friends so Susan would suffer my same fate. I needed retaliation to transpire. I hoped that randomly my friends would lay limp hands on her, inciting embarrassment. But no, it never came.

Before Monday, Susan got it right. With a friend of mine named James who I once was arrested with when we got caught skipping school. He told everyone about Susan and her magical hand while making the gesture Susan didn’t provide me, and the two started dating, and I still couldn’t hold anything, and at lunch I couldn’t eat.

Jackie Funk had large eyes. Brown. Pondering. So large they seemed lost on her face as we stood beneath those yellow clouds, probably the last time I ever looked directly into them. I don’t know why we didn’t kiss. I bet she would’ve let me, but the only thing I can tell you for certain is, the eighth grade was a fucked up year.

Brian Allen Carr's Vampire Conditions is currently out with Holler Presents, and his novella, Edie & the Low-Hung Hands, drops any minute from Small Doggies Press. He lives in the south-most spec of Texas.