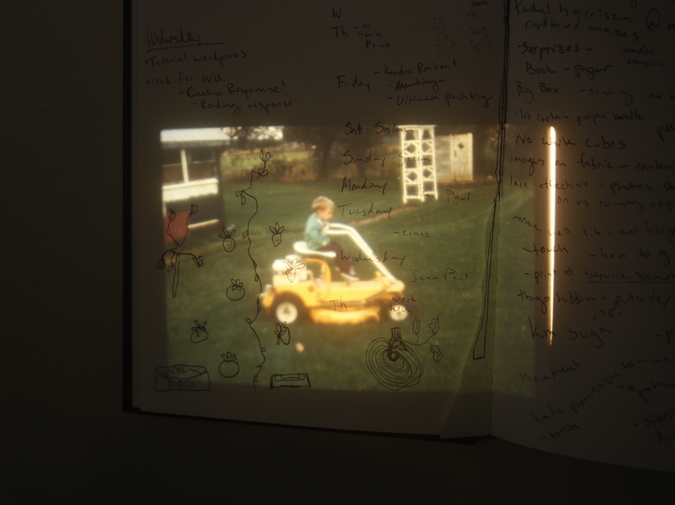 We’d been well-trained in the month leading up to the battle; twenty strong Yankee boys of various size from two of the four fifth grade classrooms. The other half were confident albeit crooked confederates, waving their flag with a broken certainty as they marched down the halls and eventually boarded a separate bus. Civil War Day was a staple at Reginald Middle School, implemented somewhere in the shady patriotism of the Reagan era before carrying through as tradition.

We were all privy to this rite of passage, every ten and eleven-year-old with a pulse forced into a manageable role and filed under the proper parental chaperone to better facilitate their educational experience. The girls mostly attended to the cooking and housework, with only a few volunteering to serve as nurses on the battlefield. The real drama queens got their mothers to sew bushy Scarlett O’Hara dresses, gallivanting to the various stations with their southern noses held high.

Band geeks played their trumpets out of key, keeping time in similar shades of blue and grey. These whistleblowers wouldn’t last five seconds in a real war; General Bob telling them where to stand and only occasionally picking out a guinea pig for stray fire. Most of us hoped to make it through the whole reenactment unscathed, but some were anxious to bleed and have a nurse tend to their wounds. It was the laziest way back to the picnic tables other than a note from your parents.

We were mostly goof-offs before General Bob. He wore his uniform with pride, discussing years of service in-between starch instructions. We required structure, and he was the only man available every Tuesday and Thursday from 1:45 to 2:30. To us, he wasn’t just some insurance salesman in a costume, preaching history’s benefits. General Bob was our leader, and we needed him to face-off against a greater adversary: Dr. Conrad.

Our middle school principal had been posing as Lee since the start, a trimmed white beard to match the framed photo in his office. Conrad was a regular reenactor and mediocre disciplinarian; kids usually escaping his wrath with only a warning. The bad seeds were still developing their habits, testing the waters either to get noticed or away with it. Some of them were under his supervision now, trained to kill or perhaps maim, should tensions rise in this new war. We were all taught enough to know which side was right, despite arguments both economic and self-motivated.

Still, our teachers thought it best to keep sides separate until show time. We were an anxious bunch from one station to the next, yawning at a batch of unrehearsed volunteers as they rambled about 1860’s technology. Lunch was almost authentic if not for the milk cartons and potato chip bags rolling like tumbleweed. The grounds were corrupted with a suburban stink we’d all grown accustomed to in kindergarten; sweat forming at our brows as we stared our enemies dead in the eye and chewed with our mouths open.

It got hard to hold back our disgust as various foods were smashed together; Desmond Gruber eating the mixture for a dollar fifty. We’d only begun to see the darkness; both sides crop-dusting each other until our mothers caught wind and thought it best to move things along. Our teachers agreed, separating us, before an unbearable period of chatter; those taking a knee situating on the sidelines. This was to be a great spectacle; the culmination of hours spent marching in line, pretending to shoot wooden rifles. Victory was but a few cannon fires away when General Bob pulled us aside for some tattered encouragement.

“Okay guys, I know we practiced it so we’d win after three shots, but since Dr. Conrad is retiring this year, it looks like after the third shot, the confederates are going to charge us with their bayonets.”

“Those pukes are getting bayonets?” Chester Pietz asked immediately.

“No, of course not,” Bob said. “They’re just gonna charge, and when I say so, you retreat.”

“That’s not how the war ended,” Aaron Owens said, stone-faced. He was the only black kid in our grade, shifted to the union army, despite being in Ms. Sanders’ homeroom.

“I know that, and we all know what really happened in history.” Our leader took a long, hard breath and exhaled. “But a good soldier knows how to follow orders. I expect you to fight with all your hearts, boys. You’re already better men than those Grey Back bastards.”

What followed was an almost catastrophic display of public school education gone wrong; children treading like puppets towards the politically-incorrect intentions of administrators. They all got a show that day; a uniformed pageant for dads to film and moms to gush over. Those of us in blue did as we were told for fear of detention or worse, ridicule from our peers. We marched like men towards a swelling hellfire of runny noses and untucked T-shirts, only to turn tail when General Bob shouted with a bona fide immediacy. “Run amok boys! Retreat!”

Some of us would later blame our inadequacies on this day, taught to win before history fell out from under us. Our yearbooks were printed inaccurately; Ridgewood 1865 ending in a bloody win for the depleted confederacy despite the union’s seismic complaints. The flaws would continue to stalk us like a pale ghost from JV games to homecoming dances, until everyone simply forgot about that field trip along with all of the others. Maybe we were better off moving forward, despite an unfortunate habit of taking two steps back.

Christopher S. Bell has been writing and releasing literary and musical works through My Idea of Fun since 2008.  His sound projects include Emmett and Mary, Technological Epidemic, C. Scott and the Beltones and Fine Wives.  My Idea of Fun is an art and music archive focused on digital preservation with roots in Johnstown, Pennsylvania. (www.myideaoffun.org).  Christopher’s work has recently been published inAnti-Heroin Chic, Avalon Literary Review, BlazeVOX17, Drunken Monkeys, Heavy Athletics, Queen’s Mob Teahouse, Lime Hawk and Talking Book among others.  He has also contributed to Entropy and Fogged Clarity.