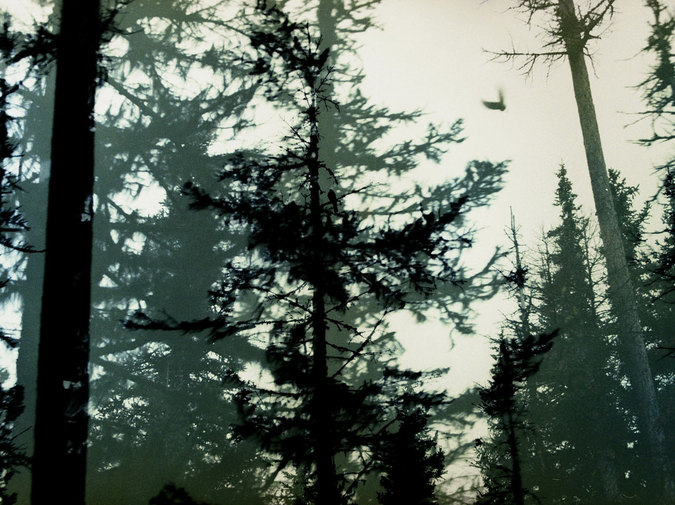 Sweat burns through my pores. Catching my blonde skin up in its path. Gathering itself into lines of pearl and opal across my neck and forehead and heaving chest. It’s hard for me to think about nothing. Especially now. When my legs collide with the ground gracelessly and my thumbs tuck into my balled-up, pumping fists. I bob past the arching oaks and violent palms with their saw limbs, all rooted in a hostile soil that should be home to nothing but tumbleweed.

One last lap around the tiny trail to go and I sprint it out. Just. One. More. Lap. Losing track of my calves and feet I pray my smidge of adrenaline carries me through before my limbs’ disappearance from my consciousness becomes a pressing issue.

I land among acorns and dust, wheezing through fighting lungs with my head between my knees. I’ll get up and walk it off in a second. Shit. Ok. Slowly working my way onto my back I fan out like the palm fronds above me, trying to catch my breath after that brutal three miles, watching the clouds shift and shove each other in the sky.

My sister used to spend hours lying just like this in the little national forest by our house. With auburn hair reaching out amongst the knotted roots and peppered leaves and sleepy eyes engaging the sky she would say things like “The sun hurts our eyes when we look at it because we have never asked to feel her light. She is always being taken advantage of…” and then trail off into an analysis of the latest work of Melville she had picked up. I would sit and watch the sky with her then, only I did it in a much less involved way. She was always speaking less to me than to the sky itself.

I didn’t know how to speak the sky. I only knew how to run. Even now, the only time that I can even begin to understand what the sky is trying to say the way she did is after a long run, with oxygen fighting to find its way back to my brain. Today, in between overexerted breaths it tells me about the trees and how they have bones too, and that theirs are the only skeletons that are enchanting. With knobby joints breaking into sweeping arms and legs, clanking appendages, poised gracefully in the relentless wind. Creaking and snapping and bending, their barren bodies are torn at, but remain intricately embroidered on the expansive blue and white backdrop, even in their afterlife. There is an eerie glow to the hollowness of bark that has been stripped of its leaves and fruit; it is simply the transformation from a painting to a window. One phase being covered in blossoms and patterned with leaves, having a life force of its own and having a purpose of its own. And the other phase being bare, allowing space for someone to lie among its roots and detached leaves and use it as a sort of lens through which to fantasize of other places and times. Both retaining an artistry of their own. Both captivating. But just because something is enchanting doesn’t mean that it can’t be desperate and bitter and somber. That’s something the sky can’t teach me. That’s something I learned watching my quiet sister hole herself up in her room for days on end, among towers of books,  and white, desolate walls, and the constant music of violins and acoustic guitars and weary voices. Sitting on the edge of her bed watching her talk to her books instead of talking to me, the same way she interacted with the sky, I found my place as a silent observer in her life. As I was when we walked through the forest in early spring and as I was the day I found her in the closet, among the shirts.

Human skeletons are not as enchanting as trees.

Haley Morton is an undergraduate student who is in the creative writing program at University of South Florida. She lives in Tampa, Florida