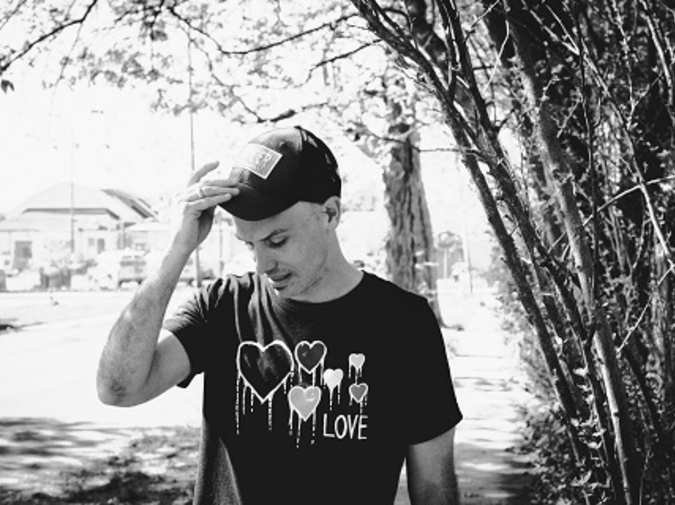 I had been tall. My mother played small forward for the Rice Owls, and my father died of lower back pain. I wasn’t a giant, but I could lick a man’s eyeball just by sticking out my tongue.

You’ve got to play to your strengths, and it beats the hell out of fighting. People can’t scrap when they’re wiping their eyes.

They are fond enough memories. When I’m depressed, I return to them. Hold them in the palm of my thoughts. Everyone seeks comfort in their own way.

There is no specific person to call when you shrink, and who do you blame? Witches?

Call the mayor and tell him there needs to be a rounding up and a reckoning.

“Say again?” the mayor would say.

“We have to  march every witch to the middle of town and torch them.” There’d be a pause. “For the message it sends.”

I am a man, and that doesn’t mean anything, so I decided to call my mom.

“Tall,” she said. My mother is one of those simple ladies who would look up at the sky some spring afternoon and say, “Wow! The sky is so blue. So, so, so blue.”

My mother cooks a lot. “I’m making a casserole,” she told me. “Is this pressing?”

“Mother,” I said, “What if I told you I’d shrunk? Also, what kind of casserole?”

“Dump and Bake? What’s in it? And how much do people shrink, Mother? Do they shrink a foot?”

“You know, it’s Hot Brown. Baked turkey. Mornay sauce. Cheese. And no. A foot seems excessive. Do you want to come for dinner? For Dump and Bake Kentucky Hot Brown?”

“Jesus, no,” I said. “Who could eat something called that, Mother? Who in their right mind?”

I went to slam the phone down on the table. To hang up with heat. But the phone missed the tabletop entirely, and I realized then my elbows were gone. The light of the kitchen seemed to flitter and yawn. A blue jay landed on my window sill, gawked at me through the glass, and I was surprised that he didn’t lock eyes with me and say, “What the hell’s up with your arms?”

Now, people think when you shrink you shrink entirely. Your head gets smaller and your feet get smaller. Your shoulders. Your ears. Your eyes.

But, in my experience, this isn’t the case. Me, I lost a foot across my middle. My biceps to my forearms. My waist to my ribs.

My belly button disappeared, even. That thing you use to prove you were born? Gone.

And I would have considered this all morning long, but I had to get to work. I took a shower but couldn’t reach my head to shampoo, I couldn’t button my shirt, I drove to work straining and stretching, all my buttons out of reach.

When you shrink a foot, people notice. The folks at the office had questions in their eyes.

“Something seems different about you. Did you used to wear glasses?” They said.

“Yes,” they said, as though this was a thing that happened to people. “That’s exactly what it is.”

My job is this: I watch a screen to see if there has been any loss in pressure in oil rigs in a county in Oklahoma I’d rather not call by name. That day, I just stared and stared at the screens hoping that something would happen—that pressure on a rig would drop and there’d be some newsworthy explosion, because stuff like that makes the time fly, and stuff like being a foot shorter than you used to be makes time stand still. Makes you contemplate the way your body used to be. When things worked properly.

You feel so defeated. Your throat feels heavy, like you’re about to cry. You stand alone in the alley of your discontentment, the rain sweeping in like smoke plumes, wide opened wet newspapers cross your path in the wind. Accordion music plays. All of this happening beneath hooker-flavored moonlight.

After work, I sat in my living room with all the lights off, nursing a bottle of Jim Beam bourbon, a bendy straw hanging from the mouth of the bottle, because it was hard to take sips out of, and my doorbell rang.

I knew door-to-door salesmen existed, but I had never seen one in real life. I had plenty of religious fanatics come to my door and some young republican boys dressed in Easter-colored clothes talking elections, but this was a man with a case, and, “In this case,” he said motioning to the case, “wonders abound.” He gestured as a magician might.

The salesman had a mustache. I kept hoping he would twirl it, but he didn’t. The thing didn’t even twitch maniacally.

“Indeed,” he told me. “This case contains what everyone needs.”

I contemplated him. His clothes seemed to adhere to a parallel fashion sense, as though, in his social sphere, tuxedos all came with capes and bathing suits were full bodied, but he didn’t look old fashioned. “And what’s that?” I asked, pointing to his case. “What does everyone need?”

He opened his mouth, then closed it. He raised a finger. “Sir,” he said, “You don’t understand.” He smiled. “The contents,” he continued, “are different for everyone.”

I have seen charlatans and I have seen television ministers, and  I was beginning to get that vibe.

“Are your clothes rented?”

“Indeed! Sir,” he said. “Indeed!” His eyes began to redden. “I am from a sacred guild of salesmen who roams the Earth for the benefit of those on Earth. I am dispatched by a telephone operator who belongs to a union. I myself sleep in a magical teepee that travels as I sleep. I might erect in Cleveland one night, only to be transported to Tulsa in the morning.”

“You were in Cleveland yesterday?”

“It is wholly beside the point,” the salesman said. “The point is what’s in this case.”

The salesmen looked over his right shoulder, he looked over his left. The street slept behind him, the dusk as thick as coffee creamer. “Not out here,” he said. “It wouldn’t be ethical.”

“To reveal to your neighbors, the contents of the case could be very bad.”

“Because they would know what you need. And knowing what a person needs is knowing a person’s weakness. Wouldn’t you agree?”

I didn’t have time to fully consider the question and he breezed past me in the way a man comfortable wearing a cape might and positioned himself in the center of my living room. He conducted himself with a kind of pageantry, a sort of a flourish, arranging himself for a presentation. I half expected him to crank an Edison Phonograph and for Terry Riley music to emit.

“When I see you,” said the salesman, “I see a man in need, but don’t feel humbled by this. We are all, after all, in need of something? Wouldn’t you agree?”

“Every man, woman, and child of human origin is separated from the apex of their possibilities by a few hindrances. For some, it is sin that keeps them limited. They are too greedy, too vengeful, to prideful. Their sloth keeps them incapacitated. Their lust keeps them constantly jerking it. I bet you've known some people like that.”

“People who constantly jerk it?”

“In a manner of speaking,” the salesman said. “You surely know someone who gets in their own way, correct?”

“Dear me,” the man said and began touching his pockets. I have left something outside. Do you mind if I run and grab it?”

I seated myself back on the sofa. I sipped mightily from my bourbon straw. “Suit yourself.”

He took two goofy steps and was back on my door. “And I can just let myself back in then?”

He opened the door. Stepped out. Closed the door. Opened the door and reentered. “I was mistaken,” he stood by his case, put a hand on its leather siding. “Are you ready to see?”

He opened the case.

“In what way,” the salesman said. “I am not entirely certain I follow.”

“Leaving, and coming back,” I said. “I used to sell stuff too. You go outside in order to come back in, correct?”

“Did you go outside?” I asked.

He didn’t want to answer.

“Did you go outside?” I asked again.

“And did you come back in?”

“Did you ask me questions?”

He looked at the ground. “Yes,” he said.

“Were you trying to get me to answer those questions with a ‘yes’?”

You could hear his defeat. “Yes.”

He looked at my belly. He looked at my elbows. “I didn’t get them at all, sir. They appeared for your benefit. I have told you. That is the nature of the case.”

The salesmen looked me over. “Which is,” he agreed, “exactly why you need them.”

We were now circling each other, the case between us.

“In due time,” he intervened, “but first, allow me to explain, in full, the nature of the product we are considering. We all know that elbows are the main things that separate man from animal.”

“I think you mean thumbs.”

“And how do you eat without a belly, and why else would you live other than to eat.”

I sipped my bourbon. “I’m putting this away just fine,” I said.

I set down my bourbon. I closed the case. I looked at the salesmen. I opened the case, and it would have been a much easier task had my elbows been on me. It lurched open. It smelled of age and magic.

“Precisely as I believed,” the salesman said before I had time to realize that, once again, my belly and elbows had been revealed.

Here, I was frozen. We needed the same thing. “Are they expensive?” I asked.

“They are an investment grade purchase.”

“They are warrantied for 72 years from the date of manufacture.”

The salesmen looked at me. “Your birthdate, I assume.”

I took a deep, hot, bourbon breath. “Yesterday,” I said, “I had elbows and a belly. This morning, I do not. This evening, you have come to sell me back what I had yesterday. Does that not seem odd to you?”

“It seems,” he told me, “most fortunate. Think of how many days would normally transpire before you came across such a fine purchase.”

“Have you ever had your eye licked?”

“Indeed, sir.” And he plucked my wallet from my back pocket and put it in my hand.

I fished him out  four dollars, and then, instantly, my elbows and belly were back on me, and I was hungry as hell.

“Quite finished,” said the salesmen.

“Indeed, sir, I hope you never have to.”

I walked him to the door. We said our goodbyes. He walked down the street, climbed into a purple TeePee, and then the thing disappeared.

I went inside. My belly growled. I reached for my phone. It was so easy. Picking it up was a God damned breeze.

“Mom,” I said, when my mother answered.

“I still have the Hot Brown. The Dump and Bake. The casserole. Would you like me to warm some up for you?”

“I knew you would be,” she told me. “You always get better,” she said.

I bent my elbows. I rubbed my belly. When I drove to my mother’s, all my buttons were in reach.

Brian Allen Carr is a political moderate who increasingly feels both ends of the American political spectrum are hell bent on tongue fucking each other's shit holes because they like the taste of shit holes. He has written some books.