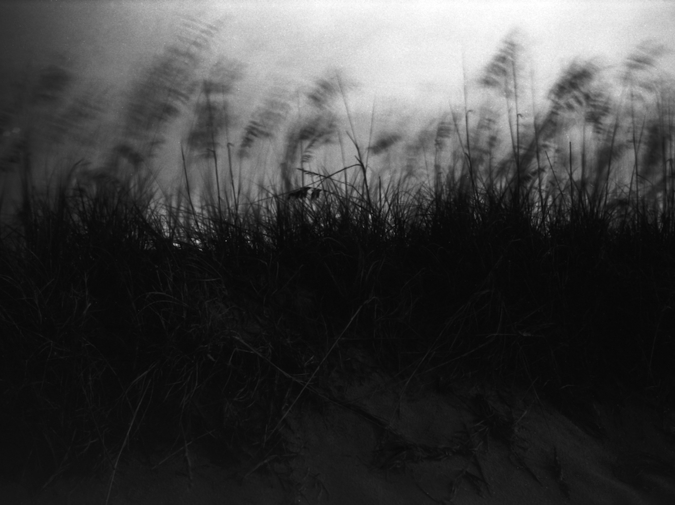 That summer it got so I couldn’t look at the horses in the pasture off Bredow Road without seeing myself engaged in every foul mammalian act a horse is prone to—the shitting, kicking, biting, slothfully chewing straw until the afternoon dwindles away, lying recumbent in the ammoniac stench of the sweating body.

“Each horse has its compulsions,” Alana would say.

On the way back from her house in the country, or between pizza deliveries, I would stop to see Ben Egan at his father’s bar where I’d drink cheap beer and study my sallow face in the backlit mirror.  Collectible Budweiser steins, bobble heads, and Sambo dolls that Ben was always threatening to smash, just as he had been threatening to smash his father’s skull since high school, sat on a shelf behind the bar.  So far Walt’s head remained full of Americana’s ugly trinkets and Ben was still in the old man’s employ.

“The organism is resilient,” Alana said one evening, coming up after a line, while I wondered what our business was with mirrors and my dilated pupil dove into itself.  She wanted to drink so we went where the drinks were next to free, but instead of Ben we found his bigot father who charged us full price or even a little more, we thought, and grumbled that his shiftless son had not shown up, Walt’s shocks of curly white hair high-def in the mirror like the nape of a confederate general from a documentary we’d watched, and we began to suspect that we possessed certain hepatotoxic habits and properties we’d been denying and should stop blaming the nicotine-stained mirror for how we looked.

“The organism is made to self-regenerate,” she said as we walked to my 1980 Buick in the gravel lot.  “In this way it is unlike worn-out horses and old-ass cars.”

Downriver everyone kept a casual pulse on the trains that ran from Ford Rouge to Woodhaven Stamping on down to Flatrock Mustang.  Delivering pizzas for an outfit that gave them away for free after a half-hour wait, my interest went slightly beyond casual.  Alana and I had waited many of these trains out, smoking cigarettes at crossings in my car, blaring bad rock n’ roll and pretending to think.  I have since disavowed all the half-concocted thoughts I had concerning time while watching trains pass except to remember how there were fewer and fewer of them that year.  Either the place was dying or my timing was getting more impeccable.

That autumn Alana would head out west with a millwright she used to fuck; they’d both found work in the natural gas fields of Wyoming.  That winter Ben would die of a heroin overdose.

Walt tended to the dwindling clientele.  I’d show up sometimes with my guitar and sing Rolling Stones songs he erroneously remembered his son having liked and think of how Alana taught me to cup my fingers beneath a horse’s chin so it wouldn’t bite me when I fed it carrots.

Though Walt insisted everything had changed, the afternoons still looked the same—sunlight in the dust motes of a quiet barroom, milkweed in the ditches and fields, monarchs floating through on their routes to Mexico, brood mares and geldings drowsing in their pastures, unlit railroad crossings with their arms raised.

Cal Freeman was born and raised in Detroit.  His writing has appeared in many journals including Terrain.org: a Journal of Natural and Built Environments, Thrush, Canary, Berfrois, and The Paris-American.  He is the recipient of the Devine Poetry Fellowship (judged by Terrance Hayes), and he has also been nominated for Pushcart Prizes in poetry and creative nonfiction.  His first book of poems, Brother of Leaving, was recently published by Antonin Artaud Publications, an imprint of Marick Press.  He currently lives in Dearborn, MI and teaches at Oakland University.