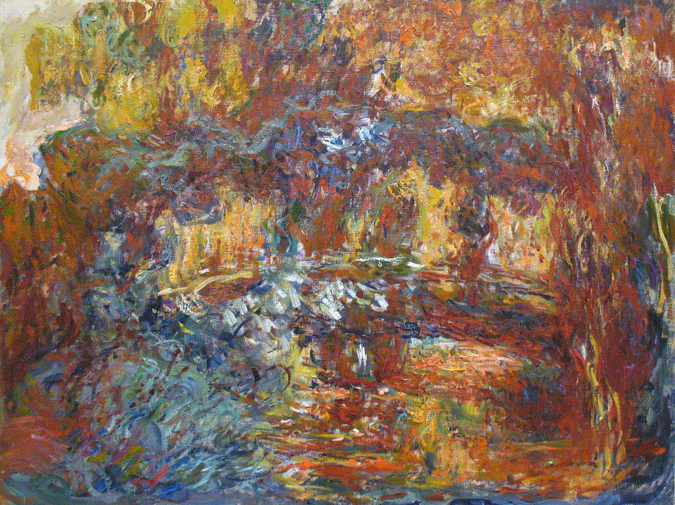 I was on the couch next to David when he called.

It had been nine years since we last spoke. He was in Melbourne and wanted to have dinner. “Tomorrow night,” he said. “Anywhere you want. My shout.”

His voice was serious and modulated in a way that seemed a little crazed. This wasn’t out of character. At university, Nate swapped social circles, switched majors. Anthropology at one point, Medieval History at another. But whatever he did, he did it with fervor. In his second year, he took a semester off to walk the Simpson Desert.

A few months earlier I would have said thanks but no thanks, but my calendar was all white space. David and I were saving for a deposit, and we had eschewed any event that cost money.

“Well, well, well,” I said to David after I hung up. “Guess who has himself a date?”

Nate and I were at a pizza bar near my place. It was approximately 6:45pm. We were sitting on stools made of treated timber. The sun hadn’t entirely set and the square of sky above us was a crisp navy. Our out-breaths were visible in the air. I was wearing my best shirt.

Nate had just returned from a long stint overseas. “Nepal,” he said. “Myanmar…Mongolia, Japan, Bhutan…Azerbaijan, Russia.” He told me he was in the process of determining the next stage of his life. “I thought I should do some research,” he said. “I want to get the lay of the land again, the energy of our cities.”

He said this without irony and I did my best to stay there with him. I asked if there were any criteria for his meetings: whom he met, where they ate, what they talked about. He told me his sole goal was to cast a wide net, and the only rules were: one, the other person chose where they went; and two, he paid.

Some dinners, he said, were with family, close friends, old acquaintances―“Like you,” he said. Others were with strangers he met on the tram, or at art galleries and book shops. Then there were those he recruited via dating apps. “I put it in my bio,” he said. “Tell me your life story and dinner is on me.”

I let out a skittish laugh. “So, that’s the catch? I have to tell you my life story?”

“No,” he said. “You and I have history. You don’t have to tell me anything, unless of course you want to.”

He explained that people on the apps have a tough time accepting something from a stranger—a meal, in this case—without giving something in return, without somehow earning it.

“I haven’t needed to hear anyone’s story,” he said, “so much as they’ve needed to tell it.”

Our food and drinks arrived. I had a pepperoni pan and a sour beer with notes of peach and rye. Nate stuck to soda water. His pizza had a name I can’t remember, nor would be able to spell if I did. It had pears on it, maybe some rocket.

I didn't tell Nate my life story, but he did probe into my current situation. I told him David and I were approaching seven years together, three of them married, and we were in the market for buying a house.

“The last six months have been tough,” I said. “We’ve stopped going out for dinner. There’s no travel on the horizon, nothing to look forward to. Other than the house, of course, but that is overwhelmed by paperwork.”

When I had similar conversations with friends, they said David and I were doing the right thing. We were making short term sacrifices for long term gains. Nate provided no such reassurance. He listened without interjection, but didn’t show a lack of interest either.

“Are you thinking of buying, too?” I asked. “Is that why you’re putting so much effort into your decision?”

After we finished eating, I went to the bathroom. When I came back out, he was leaning over the bar, speaking to the bartender in the store room beside it. “...who knows Candice!” he was saying, and Candice was laughing.

I’d been to the bar dozens of times but didn’t know her name was Candice. I’d never thought to ask.

David was watching a true crime documentary when I got home. He was wearing track pants that had a frayed hole at the crotch. On the kitchen bench top was a half-drunk bottle of sangiovese.

I took a glass from the cupboard, filled it, and joined him.

It was too late in the film for me to be invested, and my mind wandered for a while before landing on a memory: David and I driving through the night to a bed and breakfast on a wooly, exposed bluff. We were recently married, our honeymoon was over, and we were both shit scared as to what lay ahead.

For two days we stayed in that small room, spilling out beyond ourselves.

“Remember the hotel room,” I said to David, back now on the couch.

“Of course,” he said and squeezed my hand.

“What do you think of doing it again?” I said. “Like renewing our vows, but different. More fun.”

He raised an eyebrow. “Did you really find the last time fun?” he said. “And what do we have to confess? I haven’t got any new secrets, and I don’t think you do either.”

He was right, of course.

Four weeks later, Nate invited me to a party.

“I have completed my research,” the email read, “and after much deliberation I have chosen Brisbane to be my new home. I feel honored by the connections I’ve made over the past three months and I want to bring all of your beautiful souls together in one place.”

Attached to the email was an invitation written by hand and scanned, the background a bouquet of native flowers in watercolor.

“What a narcissist,” David said when I showed him. “To think people are going to fly across the country for his little experiment.”

“Totally,” I said. The next night, David caught me re-reading the email.

“You’re not thinking of going, are you?”

I wasn’t, not really. But I did look at flights while wondering, why had he chosen Brisbane and not Melbourne? Was it me who was not interesting enough? Once I was sure I wasn’t attending, I sent Nate an apology. In response, he sent me a sensitive, luminous email that made me teary on first read. On the second, I realized the message wasn’t personalized in any way. He was sending the same message to everyone who declined.

In April of that year, David and I settled on a third floor apartment with a west-facing aspect. The bathroom needed work and the space lacked the verve I’d envisioned, but it was a home and we were happy.

One night, a year later, David was at a work conference and I was home alone. There was nothing good on any streaming service and it was still summer-ish, so I went for a walk.

This was not something I did, walking. I was surprised at how much there was to see—prayer and pride flags strung from awnings, possums chewing petunias, cats swiping for birds. There were stars in the sky I could've sworn were new.

I was on the edge of our suburb when I stopped and fingered the fruit of a silver gum that hung over a letterbox. The sheen rubbed off into the pads of my index finger and thumb. While I was standing there, a discomfort arose in my body—a sharp tension somewhere between my lower back and my sternum. The traction released and my vision swam in unstable auras and flickering dots. In between the phosphenes, I imagined Nate. I don’t know why. I hadn’t thought of him in months. But there I was with him in the bar. Then he was on the footpath, by my side. He looked at me with an expression of grace. The lights cleared and he was gone again.

A few months later, I was in the supermarket comparing the sugar content of various mueslis.

“Jim,” a voice said behind me.

It was Savannah, a woman I briefly dated in university, the last woman I’d dated before coming out. We talked about our respective lives. She told me about her husband, and I told her about mine.

“David Lynskey,” I said. “Do you remember him?”

Savannah nodded. “I do. I didn’t know him well, but yes, I can picture him.”

We talked about mutual friends for a while before Savannah said, in an almost off-hand manner, that it was tragic Nathaniel Robinson had died.

“I’m surprised you didn’t know,” she said. “I only found out recently, but apparently it was a while ago.”

Nate had also called Savannah when he was in Melbourne. She’d told him she was busy.

My first thought was suicide, but my first thought was wrong. It was a degenerative condition, one of those ones with the polysyllabic name of the European who first diagnosed it. Reports I read said the condition varies in onset time, rapid for some, slow and gradual for others.

I wondered: did Nate subconsciously know he would die early, and this was why he lived the way he did? Or was it the other way around, his intensity the real, subliminal cause of his degeneration? I reflected on his visitation that night while I was walking. I envisioned his death as a detonation—his radiance exploding out from the flashpoint, my mind catching the shrapnel as the rest spread out and around, engulfing the world.

These are just some of the thoughts I had after running into Savannah. They were absurd thoughts, desperate attempts at logic and reason, desperate because I was grieving. It took some time to identify that this was what it was—grief—because it didn’t make immediate sense. My grandfather had died that year too, and I’d been relatively equanimous about it.

“Maybe you’re not grieving him, but what he represented for you,” David said. He was rarely wrong, so what had Nate meant to me? I couldn’t pin down the answer and it made me restless, made everything around me, the accoutrements of my life, seem wrong, or if not wrong then, at the very least, superfluous.

Over dinner one night, I said, “Let’s go somewhere. Let’s quit our jobs. Take a few months, sort it out when we get back.”

“Where did you have in mind?” David asked.

We did end up going somewhere, but only for two weeks. A small atoll on which we drank coconut water and scuba dived. We swam with manta rays and sea turtles, but the coral was bleached. After each dive, our guide showed us photos of the spot just a decade ago. The light shimmered and the colors were vibrant.

“This is what it could still look like,” she said, “if humans had made other choices.”

Simon Graham lives in Melbourne, Australia. His writing has appeared in New York Tyrant, Hobart, BULL and elsewhere. By day, he works in climate change research and advocacy. Find him on Twitter @s__rhys.