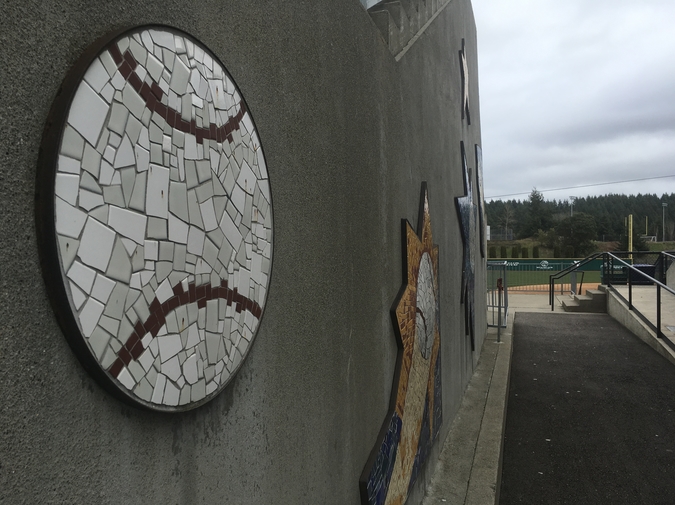 There were three things growing up that made me the subject of (mostly light-hearted) mockery.

No, that’s too tame.

Mainly Craig Biggio and Jeff Bagwell, as the third (and sometimes fourth) B was a revolving door – Derek Bell, Sean Berry, Lance Berkman. I used to destroy the Majors in Triple Play 99 for PlayStation 1. The whole time dreaming about what I would do if this happened in real life. I never figured out what I would do. I think I was too young to understand what it would have meant to me. I needed the laborious years in between.

You see, I grew up in St. Louis, Missouri. And there are only two things that St. Louisans truly love (spoiler alert, one of them is not a rival team).

While No. 2 was and still is a vital piece of my every week (day?) diet, I couldn’t say the same for No. 1. To me, you aren’t born with a sports team. There are so many things you are born into, things that you can’t choose. Why subject yourself to one more and handcuff your entire life of sports watching to a team just because they happen to exist where your parents lived when they had you?

Can you imagine moving? Do you change teams? I honestly don’t know. I’ve never had that problem because my young, easily impressionable mind chose the Houston Astros and hardened around this choice like a protective cocoon. They have been branded on my heart, soul, brain, kidneys, gallbladder, all of it. Every organ, internal and external, has a tint of navy, gold, red, black, orange, whatever their jersey happened to be in any given year.

Through the facelifts and the revamps, the rebuilds and the failures, the Astros were, to me, a part of life. Even though I wasn’t “born” into them, I felt like I had been born with them. I proudly owned the 100 loss seasons. I still watched every game and, when I couldn’t afford MLB.TV anymore, I’d watch the red, green and blue circles appear on MLB At-Bat. I think I even picked up strutting during those rebuilding years. If you can’t love the bad times, it makes the good times less satisfying.

It was all a foundation. Every bit of it. The night is darkest before the dawn, right Harvey Dent? Well it was pretty damn dark, and I was ready for the dawn.

I watched every game of the World Series in complete isolation. I didn’t want to be in the presence of anyone else who didn’t understand what it was like to truly love a team. Who didn’t feel an emotional connection with something that is in no way related to them beyond a childhood whimsy and a significant time commitment. Call me a snob, I don’t care. Plus, I was pretty sure I was going to cry when they won (I did).

The whole time though, I was texting my dad, who I’m convinced started to take a liking to the Astros because of how attached I was to them from an early age. I had my fiancé ready to pick up the pieces if I crumbled from a loss.

It’s still all so vivid.

When Marwin Gonzalez, of all people, jacked one off Kenley Jansen in game two - Kenley Jansen – I couldn’t see any future where they weren’t World Champions. Jansen held every record in the book. The most unlikely of shut-down pitchers given his path to the pros, but I’m pretty sure he was boasting something like 3,716,827 straight shut-out innings and an average of 3.21 strikeouts per inning. You just didn’t hit the guy. But Marwin Gonzalez did. My poor fiancé had to go to bed and be a responsible graduate student. She underestimated my ability to give her the courtesy of a good night’s sleep. I woke her up every half inning from the eighth inning on. I couldn’t help it. I had to tell someone, and my cats didn’t seem like avid listeners. I think they’re Yankees fans.

Then there was game four. It was going so smoothly until the club fell into a time warp and went back to blowing the ALCS against the Royals just two years prior. A huge blown lead in the ninth and that was that. I panicked. The shadows were sneaking back into my mind. I texted my dad, told him I was having my misgivings. I felt like a long-time absentee from church, running to tell my preacher that I was doubting God’s existence. Was I allowed to doubt the Astros? It didn’t feel right. I’d never doubted them. My brain was forcibly trying to let me down slowly just in case things didn’t go well, something I had never even considered after Marwin smacked Jansen into his first surrendered run since 1897.

Then there was Game 5. The greatest game in World Series history. The song “anything you can do I can do better” kept playing in my head on repeat. Every time the Dodgers did something, we answered bigger and better. They kept doing things, we kept answering. Back and forth like a vicious, competitive see-saw. But then we didn’t answer. They had tied the game and we didn’t answer.

Only we did. We just waited an extra inning to do so. Call it a dramatic flourish.

Game seven was exactly what was needed. It was “chill.” Charlie Morton, who I really wish was nicknamed “The Mortician,” put the Dodgers away like a store stocker shelving boxes of cereal. It was effortless. He didn’t even need a stool to reach the top shelf.

When they won, I didn’t run or jump or set anything on fire. I sat. I stared. I remembered when I met Jeff Bagwell in his one season as Astros hitting coach. He signed a ball and posed for a picture with me. I was still in the age of collecting autographs. I remembered traveling to Wrigley with my dad to see them play the Cubs. Old Style Beer and pissing in troughs has a way of embedding itself in one’s mind. I remember Roy Oswalt’s tractor and when I accidentally ordered a women’s Oswalt jersey which, I believe, my mother is still trying to pawn off on people. I remember sitting in the right field bleachers of Yankee Stadium as they put up 17 runs against the Yankees. I made a lot of friends that day with my outdated red Astros blanket. Jake Marisnick liked it though. I remembered when Jim Crane took over the Astros. Jim Crane graduated from my high school and my college. I felt like I knew him personally even though I’ve never met him. And now I’ll remember Brian McCann’s epic post-match interview. Josh Reddick’s American Flag speedo. Carlos Correa proposing after the game. Justin Verlander’s bromance with Jose Altuve. Things I’ll never forget. Like a scrapbook in my head. I didn’t know what it was like to legitimately brag about my team. I’d heard it from Cardinal fans all my life. They always had something to outdo whatever accomplishment I could conjure up for the Astros. But not this time. This time I could do the gloating.

I didn’t though. It wasn’t about that. Plus, the congratulations started coming in. St. Louis had stayed awake with me to watch the World Series. Have to love the passion for the game in that city. The messages kept coming all night and into the next day. Mostly because I was the only Astros fan most of my friends knew. I had people crawling out of the woodworks, people I hadn’t talked to in over a decade, to wish me well and tell me they had “been rooting for the Astros.” I wasn’t going to question it. Texts, calls, Facebook, Twitter. I haven’t checked my MySpace but I probably have a few congrats still sitting on there too.

As if I was a part of the team.

Josh Sippie is a writer of sporty things and funny things, sometimes combining the two and sometimes avoiding the two entirely. His work has appeared on the Guardian, McSweeney’s Internet Tendency and Robot Butt.  He lives in New York City and, when not writing, can be found wondering why he isn’t writing.