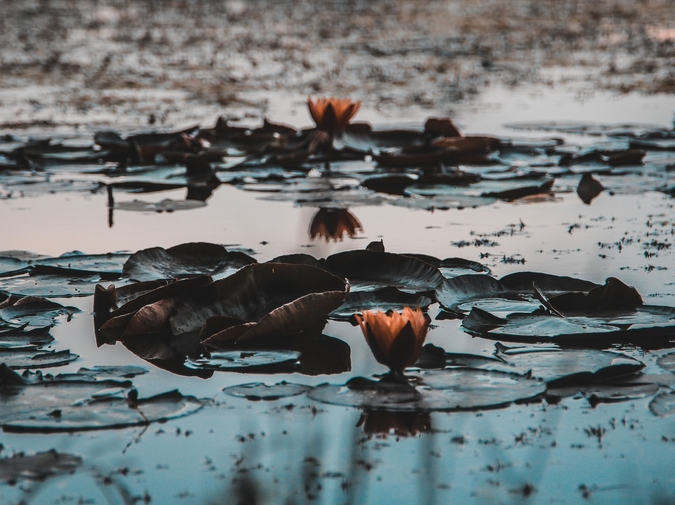 It was clear she had been here from the smell of wind in the room. Wind does have a smell. A smell all its own and that is the scent that she carried with her. She came but she didn’t wait to see me. She waited in the front room but she didn’t leave a note. Dead leaves from the day lilies are newly scattered across the coffee table. Dust was blown from the tops of picture frames. Her presence left a mark. Pictures of my parents holding me, pictures of their parents holding them, and pictures of their parents holding them and them and them. It continues across each wall of the small room—our sprawling web of baby and teenage and adult and elder faces. It seemed not that long ago a certainty that her face would join the web, another spider amongst us. Photographs would never have captured her wind I tell myself. To stay here would have been to still that. Her gales cast under a terra-cotta roof and clapboard shudders.

It was clear his problem was that he was a poet. Poetry is for one’s private life. A page or two in the morning or evening, a few verses for parties, something memorized for dentist visits. But you couldn’t make pillars out of it. It would leave all of your relationships defined with watery gray lines. Poetry is both how he attracted that girl—a hummingbird to sugar water—and how he lost her. He didn’t know she was a hummingbird that wanted a cage for her heart not her body. But, he only saw her as a poem, not woman, not even a bird.

She came today. Presumably to see him, to give a formal goodbye, but we think it was really for us. She wanted to give us all one more one of her eye-squinting studies. She wanted to count the tiny cloth-covered buttons on our coats, the buckles on our shoes, the bones in our corsets. She didn’t feel distance the way other people do when looking at old photographs like us and we did like her for that. She did consider joining us. The possibility was thrilling in its way. But that is where the thrill began and ended: Possibility. Once you made a choice like the poet and this house and these family-lined walls, your possibilities were—well, here.

It was clear that I would be loved. But the enemy of love is boredom and I’m too young for that fight.

It was clear they had no business using us as their metaphors. Why should you compare your lives to ours? We do not live with all that mess. We are powerful and elegant and despite all your blubbering and thrashing about you will never know how it feels for your heart to beat 1,260 times a minute. Love is rage with rhythm.

You can hear, but not see our wings. That is the secret. That is where the girl went wrong. She let him know how fast she could fly. What can you get but something fleeting if you live like that? What do you get when all you fear is the torpor that gets you to the next boon?

It was clear that I raised her to leave as soon as she was able. It was not a lack of affection. It was a gift. Her father would roll his eyes and say, “Here goes another flying lesson,” when I started on taxes, minor car fixes, beauty products to splurge on and which to budget, or how to pick any lock. This list each day was never ending. I never said she had to fly. I only wanted to give her wings. The kind of wings that would make her fly steady, not too high to the sun and not too low to the water, when I wasn’t there or when she wanted to close her eyes and forget herself now and again.

That was the part she had trouble with—sitting with one’s self. She was not a child for any kind of rest and not a teenager for any kind of introspection and not an adult for setting down roots. An animals over plants kind of person. The waterfall instead of the lake.

It was clear that it was going to be a long red light at the intersection to get on the Interstate. He was only passing through but he would wait for all the traffic coming and going from this city all the same. A truck pulled up alongside his car and he knew it was her before he looked. He could smell the wind over the car exhaust and smoke from the fast food joint. He turned the radio up and then down before he looked.

She was already looking at him.

He had never seen her face so still before. He had been wondering if he would ever see her again and if he did what she would say or do. He imagined her face lighting up with love, desire, and obvious regret. He envisioned it crumpling with anxiety and dread. He hadn’t expected this. He couldn’t call it indifference—he could only describe it later to friends as, “It was like we ran into each other but seventy years into the future.”

She kept her placid expression as she said, “I did consider it.”

And then he was looking at the exit right to I-20 sign and cars blaring behind him. The light was green and she was gone.

It was clear to him that we were dead as we lay crumpled and dry on the table, but we died long before we came to this house. We knew death was coming before even the sheers reached our row. We heard the sweet slinging sound of the blades wicking through our green stalks. We smelled the death perfume of the lily heads bobbing above us. We bloated ourselves from water that seemed never ending and fresh with movement. It was the water that brought the rot. The stalks were shredded and the still water pooled around them so we were left with nothing. We wilted and fell and dried but we did not die then. Now we died a long time ago—when man’s hand first put our seed into the earth.

M. M. Kaufman lives in New Orleans where she earned an MFA in the University of New Orleans Creative Writing Workshop. She has work published with and forthcoming from Slush Pile Magazine, Ellipsis, Memoir Mixtapes, Tuck Magazine, and The Normal School.