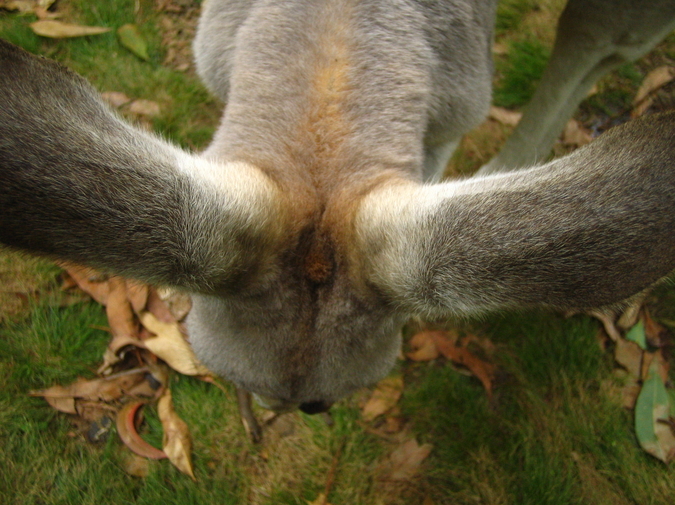 Leah’s neighbors tied a goat to the clothes
line behind their house. The rope stretched so far
he could stick his snout into the dirt piled high on top
of an underground cellar that hadn’t been opened
since before the Mennonites came to Seminole.

When we were thirteen we dug with our hands
for an afternoon and uncovered the door, a thin sheet
of tarnished metal, edges jagged and bowed
in the middle. We pried the latch open with a broken
PVC pipe and there was nothing inside

except for spiders. Hundreds. Daddy long legs mostly
harmless. Leah’s Aunt Tina who lived outside
town kept goats in a pen and said they were so dumb
they would slice up their insides eating cans.
The neighbor goat survived because he couldn’t

reach the rust on the side of the dumpster. That summer
we sat on the back steps and snapped  pictures in the dark,
peace signs and bunny ears first, then, bubble gum bursts
on the tips of our noses. Lips smacked and glossed
clear. Tongues thrust out at Leah’s brother Daniel

and his Engalander girlfriend, red lipstick and feathered
bangs. Her hand in the back pocket of his Wranglers
as they pressed against his pickup truck. Mom’s
coming we would yell, just to watch them jump,
but they still let us come to Sonic with them sometimes,

ice creams to keep us quiet as we watched Southern
Baptist and Mennonite teens in tank tops and tight pants
lean out windows of moving cars to see if they could cruise
the drag in a silver power stroke diesel. Daniel’s girlfriend tried
to teach us how tie knots in cherry stems with our teeth,

but we never could. Most nights we stayed behind, Tweety Bird
pajama shirts stretched over our knees, waist-length hair soaking
our backs as we sat on the floor and thumbed glossy 10mm prints.
Hands over our mouths, faces in pillows to smother fits of giggles.
Darkness behind us, the goat ready to charge. Eyes fluorescent.

Abigail Carl-Klassen's work has appeared in ZYZZYVA, Catapult, Cimarron Review, Willow Springs, Guernica, Aster(ix) and Kweli, among others.  She earned an MFA from the University of Texas El Paso’s Bilingual Creative Writing Program and taught at El Paso Community College and the University of Texas El Paso. She is a staff writer for Poets Reading the News and her chapbook Shelter Management is now available from dancing girl press.