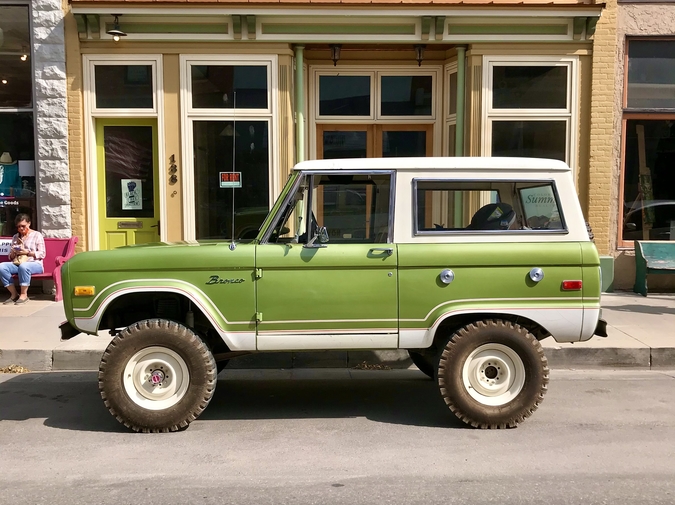 It’s funny: I don’t recall ever hearing music around you, not in the condo and certainly not in the trailer. The mothball stench that infested our hair within minutes of entering, steeped in the half-rotten food you’d pass along; the mountains of books from the seventies that reduced every hallway to a crawlspace; bags filled with bags filled with bags filled with expired aspirin, pharmaceutical matryoshkas: all that I remember. But never any records nor cassettes, never any radio, never a sound that didn’t come from a wood-paneled TV patched with stolen cable.

My mother brought it up in passing, conspiratorially. “You know who she liked to listen to, right?” she asked, halfway through the cigarette. “Johnny Mathis.” This was one of many things I’d learn about you as an aside: “You know she used to be a trained singer, before my sister was born?” “You know she tried to shoot grandpa with his own police gun? Then she left.” “You know she actually liked going to that movie with me—until the second we stepped out of the theatre?”

At first, I thought the joke was that you liked old people music before you were even old. Nobody really asks clever children whether they can explain a joke so long as they can follow up with a quick reference––Paul Anka, Connie Francis, some pre-Beatles act nestled like a raisin in their milky porridge brain. Years later, I realized the joke was supposed to be that you, a viciously racist homophobe, loved the crooning of a gay Black man, as if you were a cat too dumb to know who’s been feeding it supper. Even later, too late for my own good, I realized that the punchline is that repulsion and obsession are the left and right hands of whiteness.

You tended bars for decades, where they didn’t know you as Mimi or Meemaw but Foxy. (That, too, was an aside: “You know how she got the name Foxy, right?”) I imagine all four-foot-ten of you at the bar, pouring scotch for the raisined lodge men who kept their exposure to the Miami sun to an absolute minimum, the wood panel walls having grown oily with decades of cigarette tar. (Another aside: you know we didn’t learn you died until two years after the fact, right?) I imagine you as I am now, sitting at the kitchen table past midnight, beer in hand, bottle blond hair curling in the humidity, listening to Johnny Mathis sing “Chances Are,” wondering if anyone wore a silly grin the moment you came into view, wondering if there’s radios in hell, wondering who held you close, dear.

Pair with: A sweaty Lone Star

KJ Shepherd lives in Austin, Texas. You can find some of their other writing in Contingent, Okay Donkey, and Lady Science.