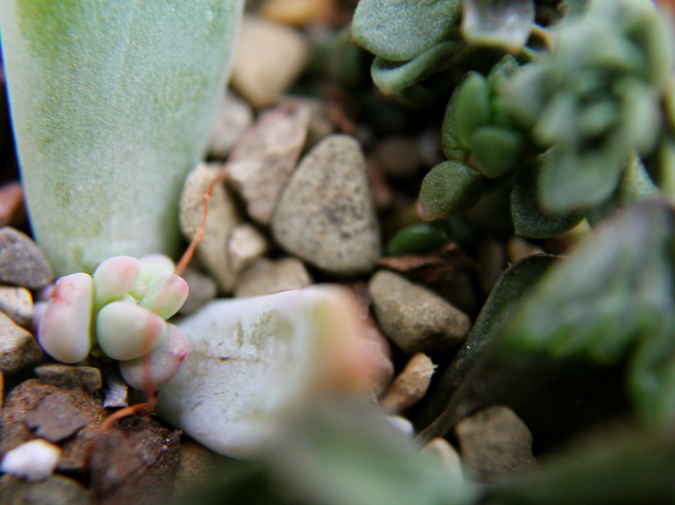 We’d been running longer than my memory. Our path was never obstructed, a well-worn corridor. Parallel walls of thorn-thick foliage kept us contained.

They had come before. Countless others. They would come again.

Derrick stopped, knelt to the dirt. He looked behind us. There was no sign. Derrick waited, alert, frozen in place. He released the straps of his bag, said we were safe, that we’d camp for the night.

There must’ve been something else, before.

Derrick said he remembered. I didn’t believe him. I once asked him for details, asked him of his own memories. There was no response.

The sun fell from the sky. Night took its place. Derrick kept our fire low, shielded the flames from the south, from where we came.

At night, under my blanket, I remembered the difference between flesh and machine.

It was Derrick who told me about teeth like tusks. About hunger. About never slipping, never opening the possibility of failure. Failure meant death. It was death that Derrick never explained.

I let a caterpillar crawl onto my knuckles. It’s orange and yellow was a contrast to the brown of the path, the green of the walls. The caterpillar fuzz was soft to my touch. Derrick watched, gathered our supplies into his bag. He said it was time to move. I placed my hand next to the leaves of the wall and the caterpillar inched itself free. I wasn’t sure what this meant.

We only knew forward.

Derrick was older. I could see it in his eyes, the sureness of his movements. Neither of us knew age.

We gathered fruits and nuts from between the leaves. I remembered meat, but not the taste. I remembered red, white, the filet of a fish. When water was low, we’d dig into the dirt. Derrick and I took turns with a broken spade, digging. We’d fill our reserves and we’d run.

Derrick woke me with a shake. I was pulled from dreams of a river gone dry, of a woman holding my body tight to her chest. Vibrations, Derrick said. Like pressing your ear to the rail of a train, sensing the train’s movement long before its arrival.

I once asked if he ever bore witness. No, he replied. There was never a witness. There was only failure.

Birds flew above us in wide, swift arcs, their wings throwing shadows to the ground. They’d perch on top of the walls. We didn’t stop. We ran past. The birds released from their perch, traced the air. I didn’t know where they’d land when not on the walls.

I wanted to know about mothers and fathers, sons and sisters. Derrick told me to stop asking questions.

The path lay stained before us. Blood-burgundy swaths reached from wall to wall. Derrick, eyes narrowed, let the red dirt fall from between his fingers. Failure, he said.

So we ran. We only knew forward.

Pete Stevens is the Fiction Editor at Squalorly. His work has appeared or is forthcoming at Pear Noir!, Pithead Chapel, and Red Fez, among others. More at petestevensfiction.wordpress.com.